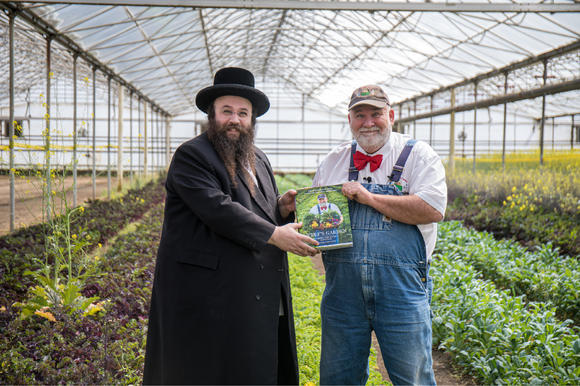 Read the article below written by Bryce Gruber, published in the Newsbreak, on Masbia Soup Kitchen and Farmer Lee Jones getting together to help those in need throughout an amazing cookbook with recipes made of fresh vegetables, the cookbook which is filled with mouth-watering recipe gems, isn’t categorized as kosher, so Chef Jordana Hirschel and Chef Jamie Simpson, together, they reviewed the entire 600-page cookbook and came up with 22 alternative recipes for the ones that aren’t kosher.

For the thousands of religious Jews who call New York City home, Masbia Soup Kitchen is a sort of safe haven and special place. In fact, it's the only continuously operating kosher food nonprofit soup kitchen network and food pantry in the city— providing hot, nutritious meals for hundreds of New Yorkers, especially within the religious Jewish community, in desperate need of food. According to some city data, Jewish people of varying denominations account for roughly 13 percent of New York City's total population and have typically been underserved by public services due to religious observances and dietary restrictions.

And now one Christian-faith farmer based in Ohio is helping recruit resources for this beloved kosher soup kitchen with his newly-released cookbook. Farmer Lee Jones released his masterpiece cookbook called The Chef’s Garden earlier this year in April, and it is now being offered as a gift for people who sponsor food to feed the needy at Masbia Soup Kitchen Network.

If you are not having fun you are doing something wrong! It's the season to enjoy some swiss chard! pic.twitter.com/JQkN2s2yPn

The cookbook, which is filled with mouth-watering recipe gems, isn’t categorized as kosher, so Chef Jordana Hirschel, Masbia’s COO, visited Chef Jamie Simpson of The Chef’s Garden farm in Ohio for two days at the farm’s own Culinary Vegetable Institute. Together, they reviewed the entire 600-page cookbook, and came up with 22 alternative recipes for the ones that aren't kosher— no small task for anyone who is even somewhat familiar with the detail-driven task of keeping a kosher diet. Jordana also drafted Chef Josh Massin of Naruto Bowl restaurant in Teaneck, New Jersey, and Chef Bryan Gryka of Milt's Barbecue for the Perplexed in Chicago, Illinois to help with the project.

Together, they carefully crafted the best kosher alternatives without compromising on flavor, texture, ingredient compatibility, and overall dish integrity. The kosher-approved companion to the farmer’s cookbook, called Adamah Treasures: A Kosher Adaptation of Recipes From ‘The Chef’s Garden’ Cookbook, was created.

The farmer from Ohio, who for the past seven years has regularly been sending vegetables to Masbia Soup Kitchen in New York (including their Flatbush and Boro Park locations), will now be offering a variety of gifts for people who donate directly to the soup kitchen. The gifts will include the cookbook, its kosher companion, a gift basket of vegetables, and a tour of the farm with an overnight stay.

Since the beginning of the pandemic, the Masbia Soup Kitchen Network has mobilized to respond to emergency food needs with a 500 percent increase in demand. Each day, 500 families visited Masbia at each of the soup kitchen's three locations. That means about 1,500 families a day and 7,500 every week got much-needed food relief from Masbia.

A few years ago, Masbia staff started giving people raw food to take home. It quickly turned into a weekly food package distribution that by now dwarfs in volume the amount of food given out at the restaurant. 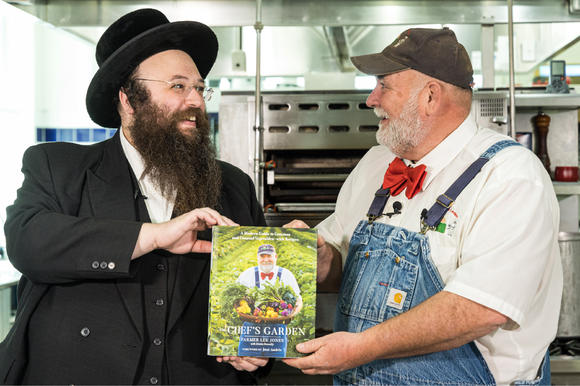 Now Masbia operates two programs, one known as Soup-Kitchen, where people are served ready-to-eat dinners, and the other as Food-Pantry, where people receive raw food ingredient packages to take with them— something that feeds the spirit as well, as the idea of preparing one's own family recipes and meals can bring even greater smiles and less public humiliation.

You can see more information about the farmer's partnership with Masbia here, and get involved with the soup kitchen's efforts to feed some of New York's hungriest and most vulnerable here.