Masbia In The Forward: A Brooklyn Hasid And Ohio Christian Farmer Create Kosher Recipes To Feed The Needy 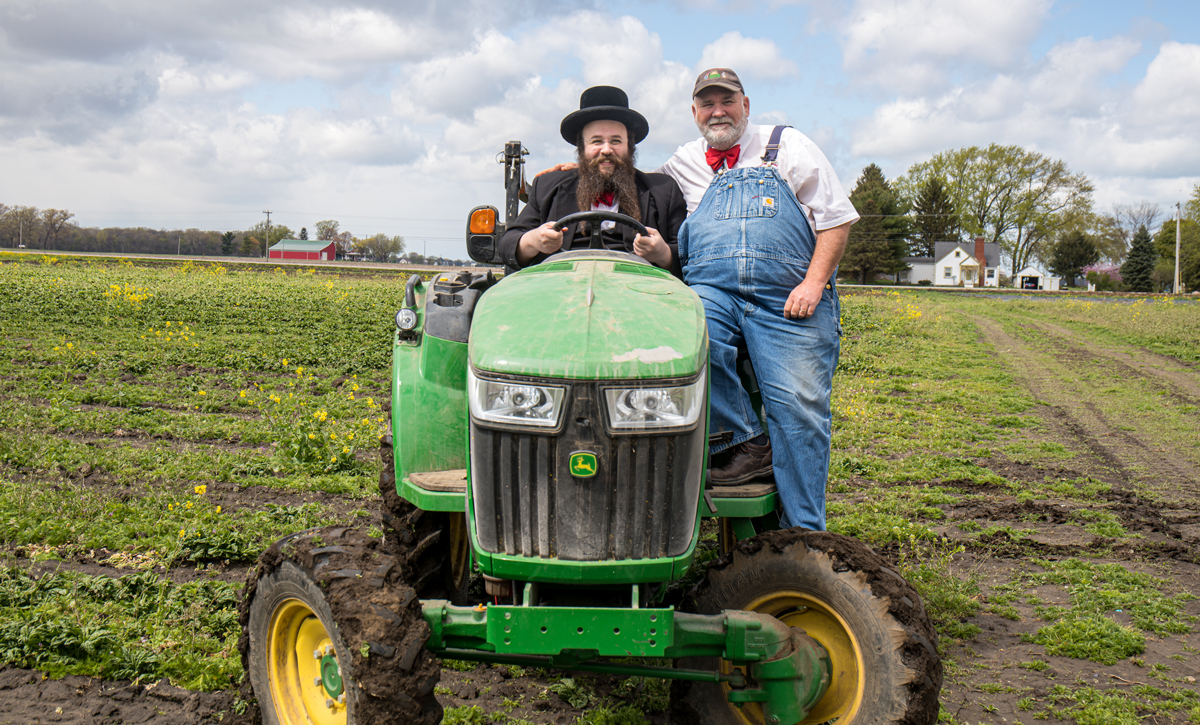 Read the article below written by Rachel Ringler published in the Forward. Masbia ED, Alexander Rapaport, and Christian farmer Lee Jones join efforts to help the needy in New York City. A new venture, Masbia Soup Kitchen, will publish “Adamah Treasures: A Kosher Adaptation of Recipes from ‘The Chef’s Garden’ Cookbook.” The magazine-styled compendium plucks the non-kosher recipes from Farmer Jones’ recently published “The Chef’s Garden” and re-imagines them for the kosher cook.

Alexander Rapaport is a Brooklyn Chasid with a black beard and payes who dresses in the traditional black coat, white shirt, and prayer shawl. Lee Jones is an Ohio-born-and-bred Christian farmer known for his uniform of blue overalls and red bowtie.

Since their first meeting seven years ago at a conference for culinary leaders organized by Jones, the two have become one of the food world’s most fascinating odd couples — drawn to each other by a shared vision of how food can promote human dignity.

Their latest joint venture launches this month when Rapaport, the founder of Masbia Soup Kitchen, will publish “Adamah Treasures: A Kosher Adaptation of Recipes from ‘The Chef’s Garden’ Cookbook.” The magazine-styled compendium plucks the non-kosher recipes from Farmer Jones’ recently published, “The Chef’s Garden” and re-imagines them for the kosher cook. The kosher supplement will be gifted to donors to Masbia.

Jones and Rapaport are visionaries in their respective fields. Jones runs a 350-acre family farm in Ohio on the shores of Lake Erie, where he grows the kind of rare microgreens, herbs, edible flowers and heirloom vegetables that you will find in Michelin-starred restaurants. He has an on-site agricultural lab where researchers test soil quality, health and nutrient content. And at the farm’s Culinary Vegetable Institute, chefs come together and exchange ideas in vegetable growing and cooking techniques. His work is special enough that he was honored with a James Beard Award, given in recognition of his sustainable agricultural approach to farming.

At Masbia Kitchen in New York, Alexander Rapaport and his staff prepare kosher meals to feed any New Yorker in need. Guests at the soup kitchen are seated at cloth-covered tables, given a menu from which to choose their meal, and then served by volunteer waiters. Rapaport describes Masbia as a “restaurant without a cash register.” Those who come to Masbia’s food pantry can make an appointment to pick up groceries for their family to reduce the need to wait in line. 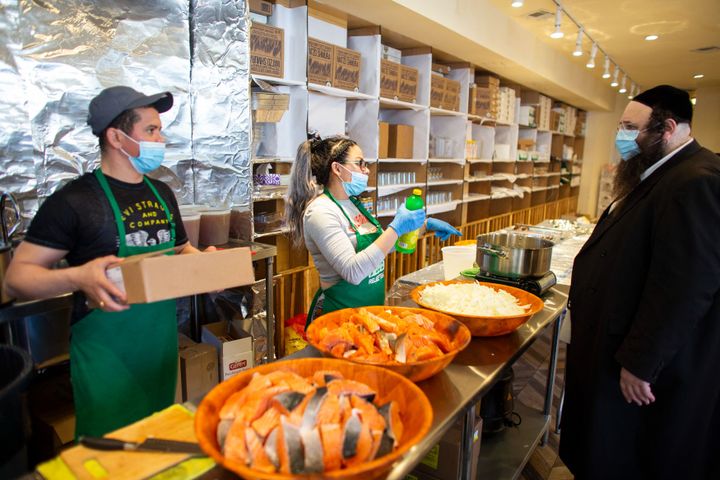 “At Masbia,” said Jordana Hirschel, chief operating officer of Masbia and a trained chef, “maintaining the dignity of all who come is first and foremost.”

When Jones learned about Masbia Kitchen and heard Rapaport speak, he was moved by what he describes as “the purity of Rapaport’s work.” Following the conference in 2014, Jones began sending packages of his farm’s produce to the soup kitchen.

“It seemed,” said Jones, “like a sock and a shoe working together. We wanted to be part of what they are doing.” He even convinced FedEx, the farm’s primary shipper, to contribute their services to this cause and move the produce from his farm in Ohio to the Masbia locations in Brooklyn and Queens.

This year, Rapaport contacted Jones about creating a kosher supplement to Jones’ newly published cookbook to use as a fundraising vehicle for the soup kitchen.The need was great. Since the start of the pandemic, the Masbia Soup Kitchen Network experienced a 500% increase in demand for its services.

Jones and his staff were all in. Rapaport, Hirschel and Ruben Diaz, the chef at Masbia, visited the farm and met with Farmer Jones, his brother, Bob, who runs the food lab and Chef Jamie Simpson, the Culinary Institute’s head chef. They toured the farm and got to work reviewing the recipes and working on the kosher alternatives.

It wasn’t always intuitive. The first recipe in the book was for a Cornish hen lacquered in an onion caramel glaze, rich with butter and heavy cream. How can that combination of meat with dairy be transformed into a kosher dish?

The star of this recipe, explained Chef Simpson, is the glaze, not the poultry. So Chef Hirschel substituted butternut squash for chicken and kept the caramel glaze as written.

The cookbook’s recipe for XO sauce posed an even bigger challenge. It’s an umami-rich condiment traditionally made with dried shrimp and scallop and Jinhua ham — the least kosher combination of foods possible. Chefs Hirschel and Simpson worked together and came up with a recipe that respected that rich flavor by substituting anchovies, smoked anchovies and garlic for the forbidden ingredients.

The chef’s garden cookbook is a cross between an encyclopedia of vegetables and a resource of sophisticated recipes that build on the produce’s natural flavors. The recipes will push your cooking boundaries and, as Shifra Klein, editor-in-chief of Fleishigs Magazine and the graphic designer and food stylist for the supplement explained, “encourage you to challenge yourself.”

The kosher magazine supplement is a reflection of the two unlikely partners. Like Jones and Rapaport, the kosher takes on the 22 non-kosher recipes in Farmer Jones’ cookbook are creative — and thoughtful. And the men’s hope is that by joining their forces, they will raise more money to feed more people with dignity.