Masbia in the Forward: The Super Bowl Caused A Soup Kitchen Wing Shortage. Kosher ‘Chicken Grind’ Came To The Rescue 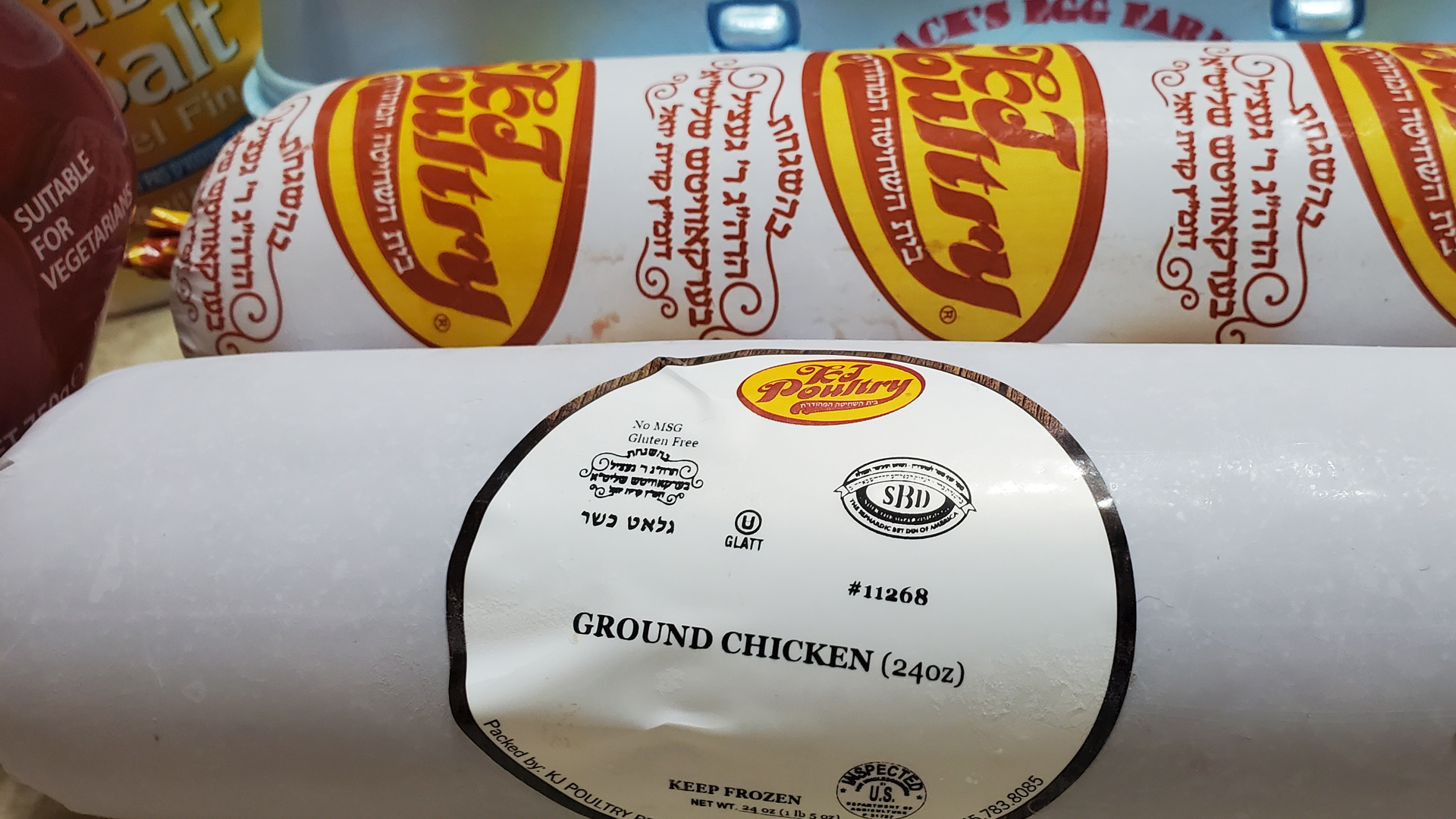 Read the article below written by Arno Rosenfeld, in the Forward, about how Masbia found out a way to solve chicken wings shortage due to Super Bowl event 2021; Masbia ED Alexander Rapaport concerned by the scarcity had the idea to replace it with Finely Textured Chicken Grind to supply Masbia clients with a nutrient solution.

At first, Alex Rapaport didn’t notice the chicken wings had disappeared. After a week, Rapaport, the director of Masbia, a kosher soup kitchen in Brooklyn, figured he could just find another supplier of the popular and inexpensive item. But poultry plants kept punting — demand was soaring in advance of the Super Bowl and nobody had kosher wings to spare.

That was a problem: The number of families relying on Masbia had soared 500% since the pandemic began. Chicken wings, cheap and nutritious, had become a staple of the pantry bags they were handing out around the clock.

“When you’re serving seven thousand-and-a-half families every week the way to do it is to find a kosher protein that stretches our donations,” Rapaport said.

KJ Poultry, a kosher producer based in Kiryas Joel, had worked with Masbia for 15 years and kept an affordable stream of chicken wings flowing to the kitchen even as prices nearly tripled from a low of $1 per pound in March to almost $2.50 in July.

It isn’t just the Super Bowl pushing up demand. While most years see a plentiful supply of kosher chicken wings, Oberlander said the economic crisis was pushing people to reach for cheaper products.

“It became a very hot item because people don’t have money,” Oberlander said.

That same problem was pushing more and more families toward Masbia.

With three locations across Brooklyn and Queens, Rapaport was used to serving a Jewish clientele that couldn’t go to non-kosher food banks. But the pandemic pushed thousands of New Yorkers, including largely Asian and Hispanic immigrants, shut out of government aid or afraid to access it, to their breaking point.

“You wouldn’t know from our line that the place is kosher,” Rapaport said. “It’s overwhelmingly immigrant families because they don’t get unemployment, they don’t get food stamps.”

Rapaport said donations have soared since March but it’s still a hand-to-mouth operation as they serve 7,500 families a week compared to an average of 1,500 before COVID-19. They have started handing out food 24 hours per day — Shabbat excepted — to meet the need while maintaining social distancing. Nearly 30,000 small donors have given to Masbia since March and Rapaport said he feels a special need to stretch each contribution as far as it can go, likening the experience to the coin-operated animals outside grocery stores.

“We’re really being the pony that shakes for the quarters that are put in,” he said.

That thriftiness put special pressure on Rapaport to replace the chicken wings in the run-up to Super Bowl Sunday. He needed an affordable protein to pair with the excess rutabaga and truckloads of leftover Passover matzah that the soup kitchen was receiving. But even discounted cans of tuna dwarfed the cost of chicken.

The chicken bones left after, say, boneless chicken breasts are produced, get sent through a sieve that collects any remaining meat. That gets turned into a batter of ground chicken typically known as mechanically separated chicken.

“I told them, ‘This I could give you right now for a very good price,” Oberlander recalled. “It’s a delicious product, a good ground chicken, very good, very tasty.”

Rapaport was intrigued. But first, he needed to figure out what families could do with a product they were likely unfamiliar with.

“We had a lot of debate before we did this because we want to make sure that this is a good alternative for our clients,” said Rapaport.

You could use the product, also called finely textured chicken grind, in patties or meat sauces, but those both required more ingredients than many Masbia clients have at home.

“I’m used to working with fresh produce and citrus and herbs,” said Masbia chef Jordana Hirschel, who worked in private catering before joining the organization as a chief operating officer in December. “But I don’t like to ever assume our clients have a pantry where they can access any ingredient” 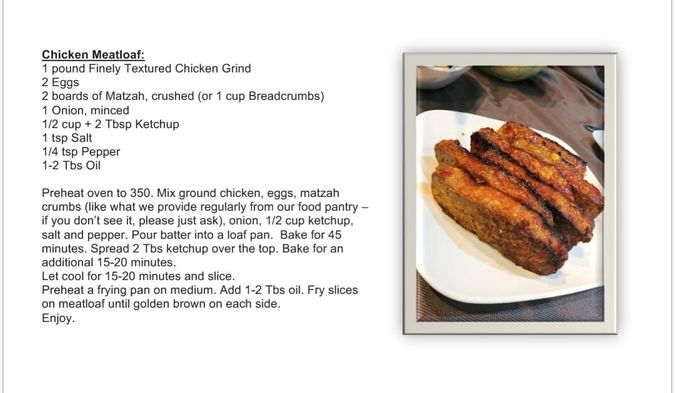 Hirschel settled on a chicken meatloaf made almost entirely with ingredients the pantry hands out — eggs, matzah, onion, and ketchup — and that was a hit with the staff and her own family.

Masbia received nine pallets of the chicken grind Friday and will start handing them out Sunday afternoon, just in time for families to whip up some meatloaf before watching Tom Brady try for seventh Super Bowl ring.

“While most of America will be consuming chicken wings at the Super Bowl,” Rapaport said, “we will be giving out this thing we figured out was very cost-effective and very delicious.”