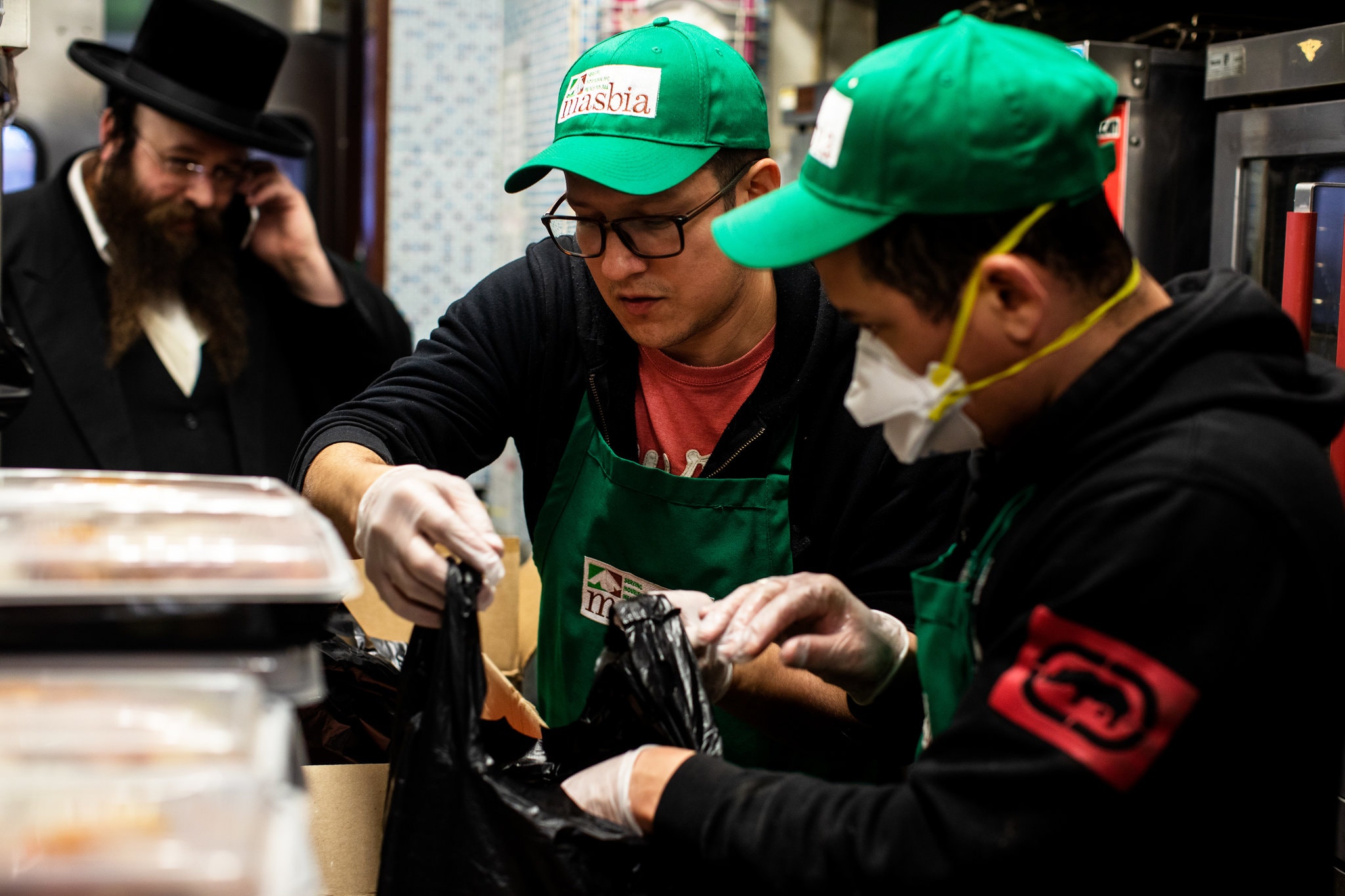 Read the story below, written by Katy Lederer, in the NYT, to find out how Alexander Rapaport, ED of Masbia Soup Kitchen Network, overcame the new challenges to make it possible for New Yorkers in needy to get their food while in quarantine due to the Covid-19 outbreak.

Alexander Rapaport, the executive director of the kosher Masbia Soup Kitchen Network, started worrying on March 5. It was four days until Purim, and Passover would begin April 8. How was he going to feed his walk-in clients if they were sick or under quarantine? Normally, New Yorkers — Jewish or otherwise — would come into one of Masbia’s three city locations to pick up or eat their food, but with the coronavirus looming, Mr. Rapaport decided to pack hundreds of boxes with low-weight packaged food that he could deliver door to door.

“There’s no glass, there are no bottles, there’s no dead space,” he said, standing in the organization’s headquarters in the Borough Park section of Brooklyn. “It’s like a big puzzle.”

On Tuesday, he caught a break. “I just bought thousands of meals for a discount from the airlines that were kosher for Passover,” he said by phone. “Now that the airlines aren’t flying, they don’t need them.”

Scenes like this are playing out all over the city, from soup kitchens to City Hall: How, exactly, will New Yorkers get fed during a pandemic?

Under normal circumstances, more than 19 billion pounds of food is distributed across the five boroughs every year, according to “Five Borough Food Flow,” a 2016 city report. It’s consumed not only by more than eight million residents but by hundreds of thousands of commuters and some 60 million tourists. Now, with students and workers at home, travelers vanished and the possibility of government-enforced lockdowns, New York City’s food system — one of the largest and most diverse in the world — is about to go through a radical transformation.

Food distributors and other experts are not concerned the city will run out of food — at least not in the short term. Rather, they are rushing to put together the logistics of feeding millions of housebound New Yorkers, as they begin to feel the effects of an unprecedented economic dislocation.

“We have a large number of contracts in place and are ready to hit the ‘send’ button for food, but what we really need to think through is the distribution of that food,” said Kate MacKenzie, the director of the Mayor’s Office of Food Policy. “We are modeling, we are planning for all kinds of scenarios and thinking about certainly our most vulnerable, but obviously all New Yorkers.”

Preparedness experts advise households to have at least a 14-day supply of food and medicine on hand, whether or not a disaster is in the offing. But even in the best of times, many New Yorkers are not in a financial position to stock up for two days, let alone two weeks. About 20 percent of the city’s population lives in poverty, according to 2017 city data — a number that is almost certain to increase if mass furloughs and layoffs begin.

Already, according to Ms. MacKenzie, roughly three-quarters of New York’s school-age children qualify for free or reduced-price school meals, and the city delivers 18,000 meals a day to seniors. But with tens of thousands of coronavirus cases most likely already in the pipeline, both the public and private sectors’ ability to distribute food will have to ramp up quickly. 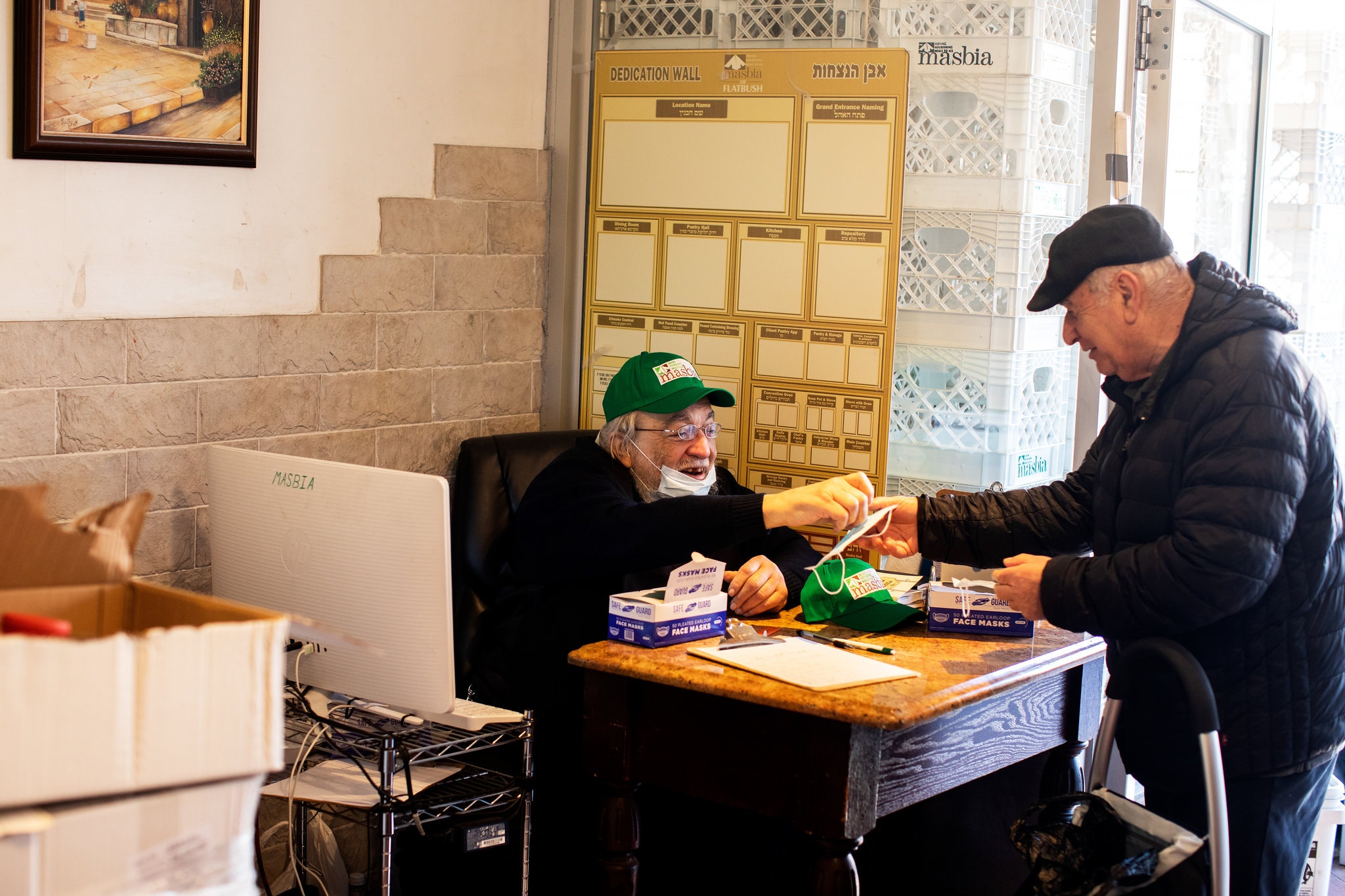 “We have a lot of food-insecure people already in New York, and that’s about to be substantially exacerbated,” said Dr. Irwin Redlener, the director of the National Center for Disaster Preparedness at Columbia University, where he is also a professor of public health.

He added: “The grocery stores will be open, and the drugstores throughout, and food will be available. But a lot of families where regular income is threatened, because they’re losing jobs — it means that the pool of people that can’t afford to just go grocery shopping is going to expand dramatically.”

The last time New York’s food supply lines were under major threat was in 2012, in the weeks after Hurricane Sandy. The storm narrowly missed the Hunts Point Terminal Market in the Bronx, the largest food distribution center of its kind in the United States. It veered south and west, flooding grocery stores and knocking out power for two million residents.

Blacked-out supermarkets had to dispose of rotting food. Bridges and tunnels were closed off to new deliveries. From West Virginia to Pennsylvania, the food supply system was virtually shut down. Some supermarket chains needed nearly two weeks to resume full operation; in the Far Rockaways and some other flooded neighborhoods, it took months.

In the years after that storm, infrastructure initiatives have fortified Hunts Point, which is in a hazardous flood zone, and reduced the food supply chain’s sensitivity to blackouts. But those improvements, while welcome, have not necessarily made New York more resilient for a threat like a coronavirus.

It’s easier to imagine a disaster that has already happened than to try to imagine a new one. Professionals in the field describe this cognitive bias as “fighting the last war.” Sandy was a regional, one-time weather event — in some sense, the inverse of the coronavirus, which is global and long term.

A pandemic is fundamentally unlike a major storm, in that infrastructure components like roads, bridges and tunnels remain intact. This time, it’s people that are compromised.

Instead of floods and power failures, city officials and the executives in charge of food distribution organizations are bracing for extended disruptions to the supply of paid and volunteer labor, at the same time that they expect an influx of ill and unemployed people into an emergency system built for congregated, not socially distanced, feeding.

Mr. Rapaport said he was losing volunteers by March 11, when New York City had only 48 confirmed cases of the virus. (As of Tuesday, the number was 814.) He was able to process only bananas and melons that day, he said because he didn’t have the right people to break down the bulk, 50-pound containers of other foods.

Stephen Grimaldi, the executive director of New York Common Pantry, a poverty-reduction organization with locations in the South Bronx and East Harlem that served 6.5 million meals last year, said that a loss of volunteer labor was his biggest concern.

“We saw it coming, so we were out ahead of it in the sense that we went to prepackaged food, prepackaged bags,” he said.

Emergency food distribution experts say the virus exposes underlying weaknesses in the social safety net — that it’s not a matter only of having enough supply to feed the city, but of residents having enough money to afford groceries.

“Solving hunger with food is, of course, important,” said Ben Kerrick, a senior consultant at KK&P, a food system consultancy. “But this exposes that it’s not just, and not even primarily, a food problem. It’s a financial resources problem.” 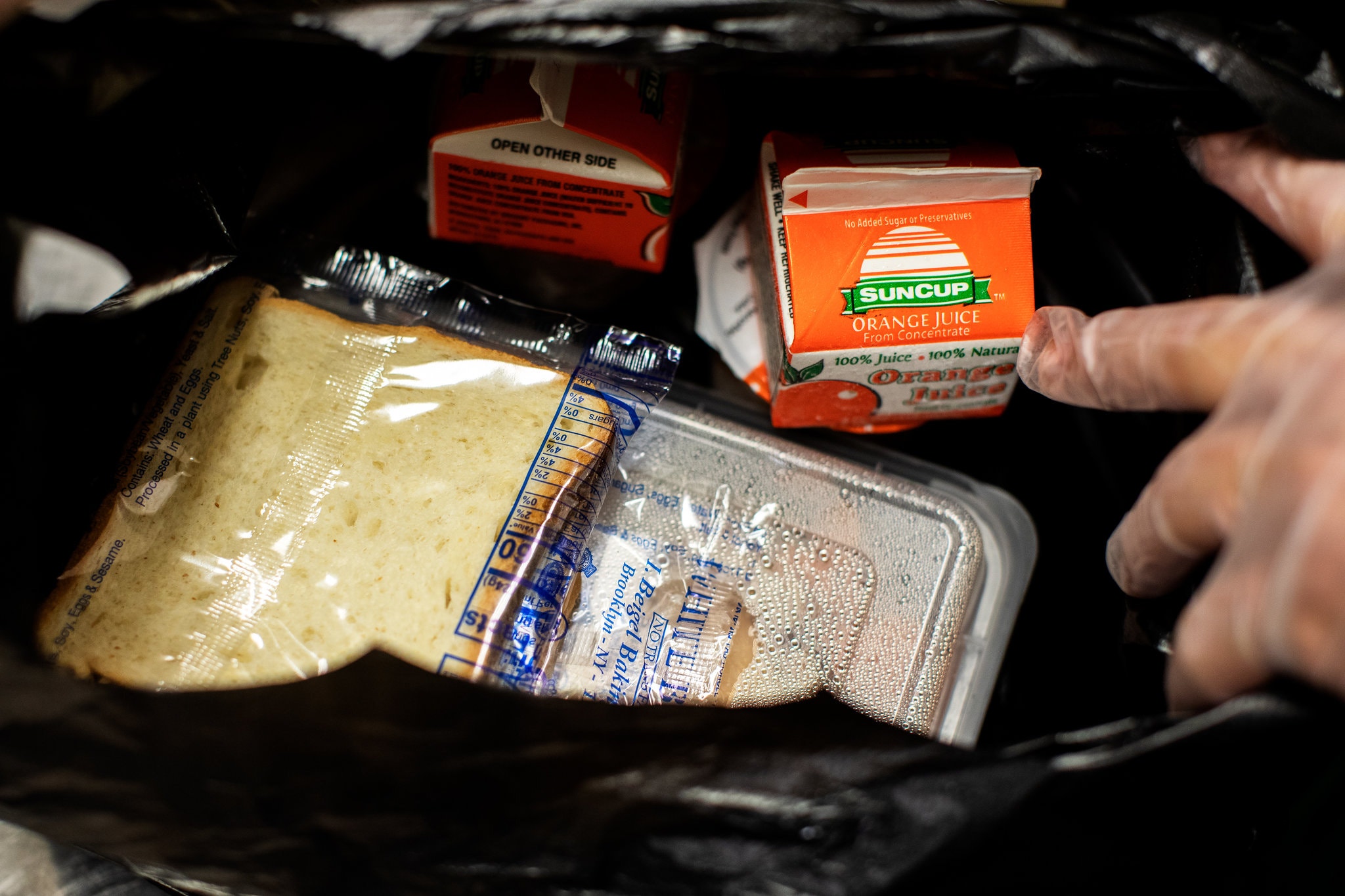 ‘That can domino in a very nasty way’

For-profit food purveyors are also worried they will experience labor and revenue disruption.

“Longer term, we rely on migratory workers to come across the border under government visitation programs to grow our fruit,” said Brian Nicholson, the president, and chief executive of Red Jacket Orchards, an upstate label that makes juice and apple products stocked at bodegas and supermarkets across the city. “We either hit our windows and we produce the food in the ground in the crop season that we can, or we miss the crop season. There’s no turning back time, there’s no turning back weather. We don’t dictate that schedule, it’s dictated to us.”

According to the “Five Borough Food Flow” report, 38 percent of food by volume in the city is distributed by independent restaurants and cafes. The government ordered such businesses to close by 9 a.m. on March 17, although they are still permitted to serve takeout and make deliveries.

In the medium term, groceries, bodegas, and other food sellers will be able to adjust, picking up market share and stocking their shelves with redirected products. But as with any major business shift, some types of food producers will fare better than others, and there will be waste and market dislocation.

According to a 2019 study conducted by the Center for New York City Affairs at the New School and the National Employment Law Project, the city’s restaurant industry employs 250,000 people. Mass layoffs are possible in the sector.

Mr. McMurtrie said he worried about a “demand-side recession,” where spending declines because incomes decline. “That can domino in a very nasty way,” he said.

On Monday, New York’s Labor Department website was flooded with new unemployment claim inquiries, receiving 8,758 calls by noon — three times more than what it handled the week before, according to a department spokeswoman.

With rising unemployment, food experts worry about rapidly increasing numbers of city residents needing to draw on the emergency feeding system — the already existing network of pantries, soup kitchens and city feeding programs — just as it enters into a period of enormous stress.

To respond to demand, Ms. MacKenzie said the city hadn’t ruled out anything: public-private partnerships with online retailers already logistically positioned to deliver; staggered, and therefore socially distant, feeding schedules for schoolchildren and others in need; requests for assistance from FEMA and the National Guard. Whatever works.

“Every day is different,” said Mr. Rapaport, in his office at Masbia. “Nothing is predictable.”

“It’s also important, if people are quarantined, that they don’t go insane, right?” he added, packaging up a box. “Even if you put in a little box of cake mix, it’s cool. You’re staying at home. Make your house smell good. You know what I mean?”