Masbia in The Times of Israel: Passover in a plague: Families on Zoom, solo seders and broken traditions 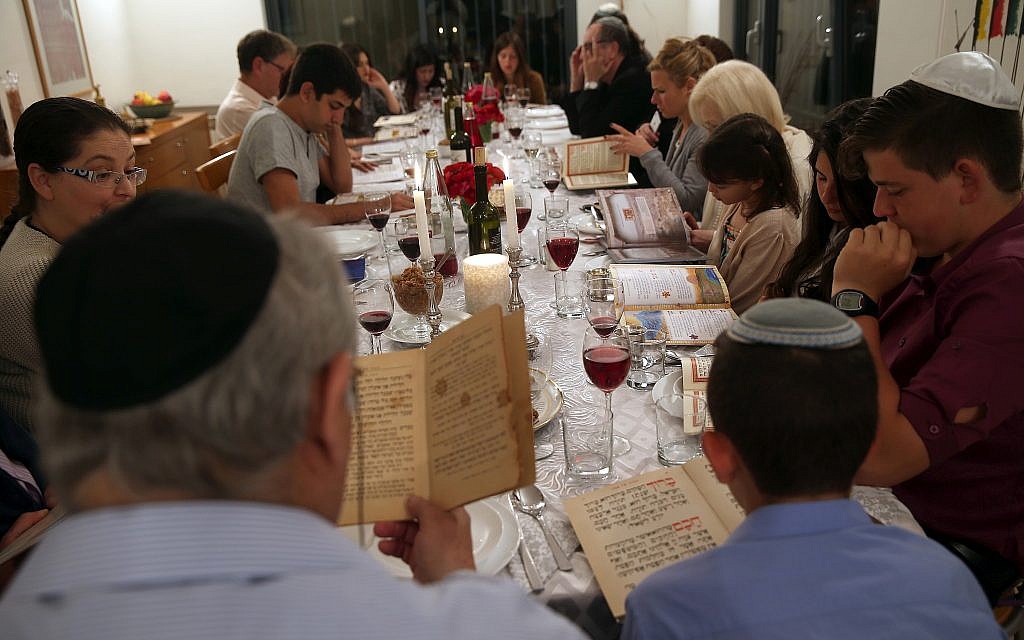 Read the article below written by Ben Sales, in The Times of Israel, on Covid-19 will affect globally Jewish families during Passover; Alexander Rapaport, Masbia will follow Health Department guidelines during seder host.

Rena Munster was looking forward to hosting a Passover seder for the first time.

In past years, her parents or another relative hosted the meal. But this year she had invited her parents, siblings, and another extended family to her Washington, DC, home. Her husband, an amateur ceramics artist, was making a set of dishes for the holiday.

And she was most excited for her family’s traditional day of cooking before the seder: making short-rib tzimmes, desserts that would pass muster year-round, and a series of haroset made by her uncle and tailored to each family member’s dietary restrictions (one with no cinnamon, another with no sugar, another without walnuts and so on).

Then came the new coronavirus. Now the family is preparing to scrap travel plans and hold the seder via video chat, like so much else in this new era. Munster expects to enjoy her family’s usual spirited discussions and singing. But she will miss the meal.

“The hardest thing to translate into an online platform is going to be the food,” she said. “The family recipes and all the things that we’re used to probably won’t be possible. … We always get together to help with the preparations, and that’s just as much a part of the holiday as the holiday itself.”

In a Jewish calendar packed with ritual observances and religious feasts, the Passover seder is the quintessential shared holiday experience. It is perhaps the most widely observed Jewish holiday ritual in the United States, according to the Pew Research Center’s 2013 study of American Jewry. And the story of the journey from slavery to freedom, along with the songs, customs, and food, has become a core part of Jewish tradition. 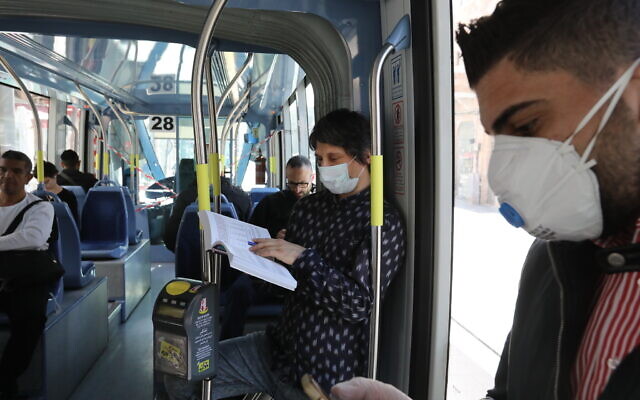 But all of that has been upended by COVID-19 and the restrictions necessary to contain its spread. Israel has limited gatherings to 10 people — smaller than many extended families — and US President Donald Trump on Monday asked Americans to do the same. Countries are shutting their borders, making Passover travel near impossible. Hotels and summer camps that have held Passover programs, as well as synagogues that hold communal seders, are canceling. And families are scrapping traditions like Passover, like so much else in Jewish life, is remade for the current moment.

“Something like a Pesach seder has a lot of people in a pretty close space,” said Mari Sartin-Tarm, who is immunocompromised due to medications she is taking following a January kidney transplant. “I’m concerned that if things are the way they are right now if people are still kind of self-quarantined or schools are closed or businesses are closed, I don’t know that I could justify taking the risk of being at a Pesach seder. It’s really hard to say that as a Jew.”

Kosher food professionals say shelves of kosher grocery stores will probably still be stocked with matzah and other Passover staples. Rabbi Menachem Genack, CEO of the Orthodox Union’s Kosher Division, said that due to social distancing, some kosher supervisors have been supervising food production plants via a live-streamed walk-through. But he said the food is still being produced. 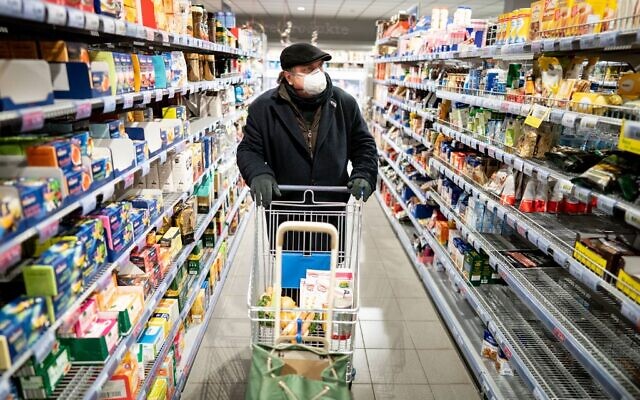 “Most of the kosher-for-Pesach production began a long time ago,” he said. “There’s not going to be any problem at all in terms of availability of products for Pesach.”

On the other end of the supply chain, Alfredo Guzman, a manager at Kosher Marketplace in Manhattan, said two deliveries of Passover food that were slated to come Monday had canceled, though the suppliers hoped to arrive later in the week. Guzman was worried as well that because of social distancing measures, he would only be allowed to let in a limited number of customers at a time during one of the busiest times of the year.

“I really don’t know what we’re going to have, what is coming, what is not coming, regarding products for Passover,” he said. “A lot of people are going to get nervous. … It’s not good for business, this situation, and it’s not good, I believe, for the people.” 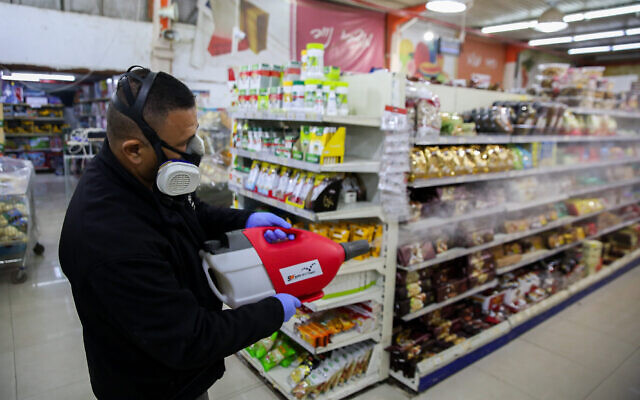 Even if the food does make it to the shelves and into people’s kitchens, the limitations on large gatherings could be a problem for people like Alexander Rapaport, who runs the Masbia network of soup kitchens in New York City. Masbia hosts two seders every year for the needy, usually drawing around 40 people per night.

Rapaport stressed that because many observant Jews having little trouble finding an invitation to a family or communal seder, those who come to a Masbia seder truly have nowhere else to go.

“We are hoping for the best and we will definitely follow the Health Department guidelines on how to operate a seder — spread out the seating, limit capacity,” he said. “It depends on how severe it will be three weeks from now. I hope we don’t have to cancel.”

As Passover nears amid the coronavirus outbreak, some Jews would find any kosher grocery store a luxury. Rabbi Ariel Fisher, who is living in Dakar, Senegal, for the year while his wife conducts field research for her doctorate in anthropology, hopes to return to New York City to officiate at a wedding and spend the holiday with his parents. But if travel becomes impossible, he may be stuck in the West African city, where he estimates that the nearest kosher store is more than 1,000 miles away in Morocco. 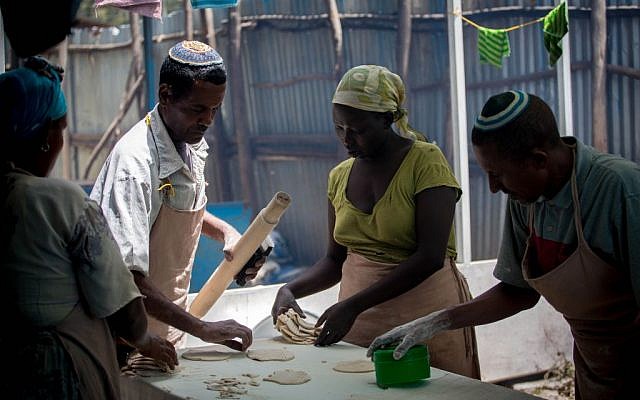 Now he is scrambling to make sure that they will have enough matzah and kosher wine for the holiday. He is hoping the local Israeli diplomats will be able to get a shipment of matzah, and also asked a good friend in the local US embassy — which has access to Amazon Prime — to order some for him online. Barring that, he will try to import matzah all the way from South Africa.

And if all of that fails, he plans to make matzah himself — starting with the actual wheat. In any case, if Fisher and his wife end up in Senegal for the holiday, they plan to host a seder for the tiny community of Jews there who also would be unable to travel.

“If we are actually here for Pesach, it will be the first Pesach in my life that I won’t have a Pesach store to go to to buy my Pesach supplies,” Fisher said. “While it’s not an ideal situation, the prospect of sharing Pesach with the friends and Jewish community that we’ve built here over the past few months is exciting.”

Others now face the unusual prospect of conducting the communal meal alone. Efrem Epstein, who lives alone in Manhattan, planned to join with friends or family, or a synagogue, for the seders. Now he’s wondering whether he’ll end up hiding the afikomen and finding it himself. 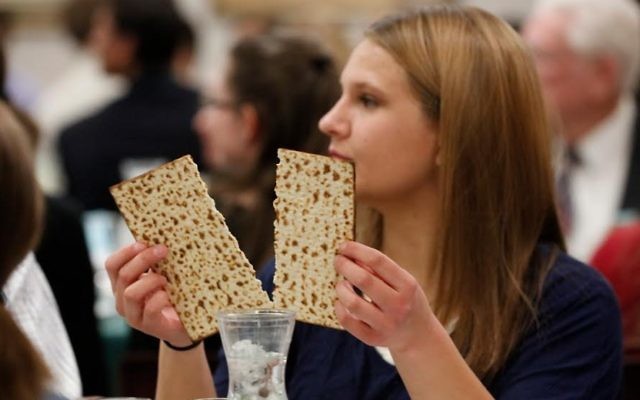 “Throughout the Haggadah, we read about many accounts of our ancestors, whether it be in Egypt or whether it be hiding in caves or any other times, that is going through some very challenging times,” Epstein said. “I’m an extrovert. I like being around people, but I also know that there are sources saying that if one is doing seder by themselves, they should ask the Mah Nishtana [Four Questions] of themselves. If that’s what I have to do this year, I accept it.”

If people are limited to small or virtual seders on the first nights of Passover, they might have a kind of second chance, said Uri Allen, associate rabbi of Temple Beth Sholom in Roslyn, New York. Allen is in a group of rabbis pondering the renewed relevance of Pesach Sheni, literally “Second Passover,” a day that comes exactly a month after the first day of Passover. In ancient times, Pesach Sheni was a second chance to make the paschal sacrifice for those who had been unable to on the holiday itself. 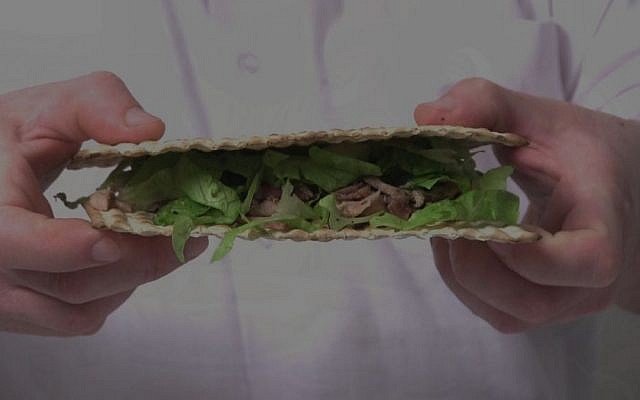 Allen said that in any event, Jews should have a seder on the first night of Passover. But if they are looking for a chance to make a communal seder with friends or family, then depending on the coronavirus’s spread, they might be able to do so on Pesach Sheni — without the blessings or dietary restrictions.

“I’m imagining both for my family and also probably many other families who are used to a certain kind of seder, larger gatherings and things like that, that probably won’t happen a lot this year,” Allen said. “I would definitely encourage and advocate if your seder got interrupted or disrupted because of the coronavirus, why not have the seder that you wanted on Pesach Sheni — provided everything is clear and people can resume some sort of normal life.”