Masbia Relief Mentioned In The Washington Post: 'Insular' Orthodox Jews Mobilize To Save Lives, From Haiti To Kabul 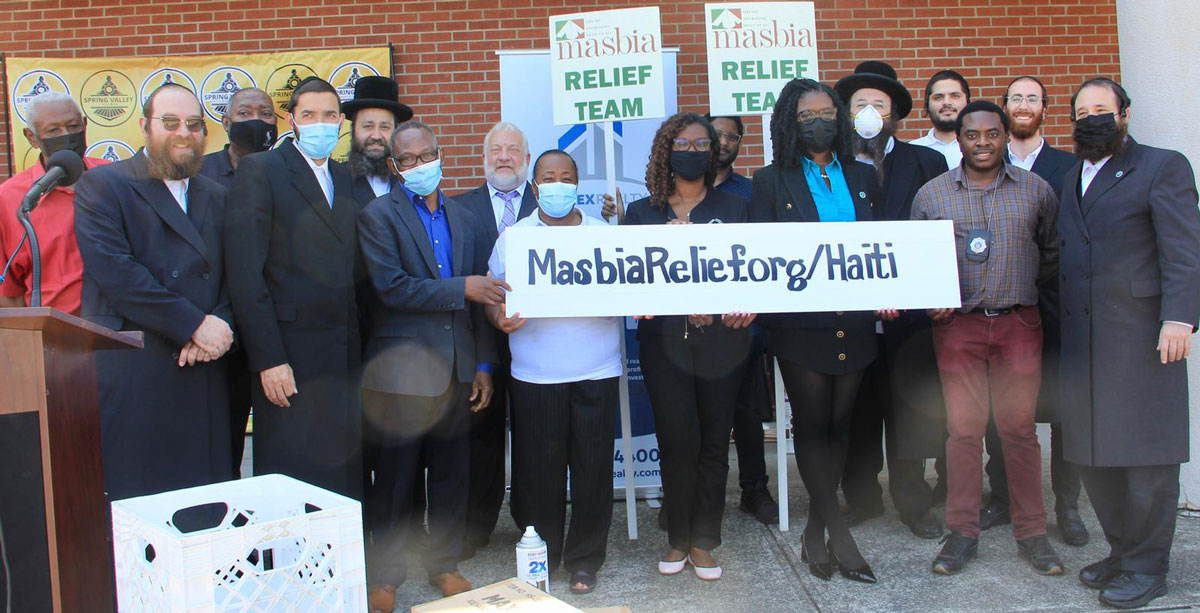 Read the article below by Rabbi Avi Shafran, published in The Washington Post, about the Hasidic Jewish community helping Haiti after being hit by a 7.2 earthquake that has claimed more than 2000 Haitians lives. Alexander Rapaport, Executive Director of Masbia, urged his fellow Jews to participate in the Haiti Relief Campaign.

'Insular' Orthodox Jews Mobilize To Save Lives, From Haiti To Kabul

The moment Hurricane Ida was forecast to hit the Gulf Coast, Intensive Specialty Hospital, which has two facilities in Louisiana, got in touch with the Federal Emergency Management Agency to offer its resources. The hospital’s owners, Mark Tress, and Stephen Werdiger are Orthodox Jews committed to community service.

Two weeks earlier, after the devastating Aug. 14 Haiti earthquake that killed more than 2,000 people, Aron B. Wieder had helped organize fellow Hasidic Jews in Rockland County, New York, where he is a county legislator, to pack boxes of food and supplies for survivors of the 7.2 magnitude temblor.

“We live in the village of Spring Valley,” Wieder said as he announced the shipments. “We live together, we pray together, we mourn together, and we rejoice together. We are one. … We are all Haiti today.”

The legislator also noted where on the Jewish calendar the disaster fell.

“We are now approaching the Jewish High Holy Days, where we pray and beseech God to heal the world and for a better tomorrow,” he said. “It is also a time where we are being judged by God and there is no better way to enter God’s courtroom than by helping your fellow human being in pain.”

Reporting about the growing Orthodox Jewish population in Rockland County often portrays these communities, and others in upstate New York and parts of New Jersey, as insular.

This portrait is not entirely inaccurate. But the insularity of “ultra-Orthodox,” or Haredi, Jews is not born of aloofness or prejudice. Rather, like many religious communities, the Haredim, busy with large families they view as blessings and with the demanding routines of being observant Jews, naturally focus inward. If they reject the surrounding popular culture, it is because it is glaringly at odds with traditional Jewish life.

But Haredi is no less compassionate than any other religious tradition and is committed to helping those who suffer, whoever they are.

The earthquake showed how the differences between this insular group and its neighbors can recede in times of disaster. Christel-Ann Augustin, of the Haitian American Nurses Association of Hudson Valley, told a local reporter: “Seeing everyone come together lights up my heart. Everything takes collaboration, it takes a community effort, seeing people from different organizations, different ethnic groups coming together helping (in) a common goal.”

Another Hasidic organizer of the Haiti effort, an indefatigable man named Alexander Rapaport, urged his fellow Jews to participate. “Let’s share what we’ve got here,” said Rapaport, who runs Masbia, a large soup kitchen in Brooklyn that serves restaurant-style to preserve clients’ dignity. “We’re going to send it to our brothers and sisters in Haiti who are suffering.”

New York State Assemblyman Simcha Eichenstein, a Haredi Jew, called on “all New Yorkers, no matter your background, race or religion, to step up, contribute, join this effort. We are at our best when we are united.”

Meanwhile, in Lakewood, New Jersey, home of the country’s largest Haredi yeshiva, One Ocean County, a Haredi-run organization, raised funds to buy more than a thousand dollars worth of toys for Afghan refugee children, enlisting another Haredi-run group, Olam Chesed, to assist in the effort.

A different sort of effort by Haredim took place just after the horrific bombing at the Kabul airport.

Rabbi Moshe Margaretten of Tzedek Association, a prison reform group based in Monsey, New York, saw an article detailing the plight of an Afghan woman named Suneeta, a permanent resident of the U.S. since 2018.

Suneeta, who lives in Albany, New York, had four children under 18 living with relatives in Afghanistan. Her husband, who had assisted U.S. troops, has been missing for eight years. Now, with the Taliban back in control of her native land, she feared for her children’s lives.

Even before the bombing, Margaretten had made efforts to reach Sara Lowry, a staff attorney for the U.S. Committee for Refugees and Immigrants, on Suneeta’s behalf.

But when news of the bombing arrived, he said, “I figured those kids were probably near the airport and in danger, and I decided I absolutely had to reach the lawyer.”

With the help of Lipa Boyarski, another Haredi activist, he finally reached Lowry, who had located the children. Margaretten had earlier put together a group of former U.S. Delta Force officers and Afghans to facilitate human transport in Kabul, and he reached out to his network of Orthodox Jewish donors. Within 24 hours, he had garnered donations totaling some $100,000 for rescue operations.

He also appealed to the office of Senate Majority Leader Chuck Schumer and the White House, and the necessary papers to allow the children entry to the U.S. were quickly arranged.

The children, it turned out, had been waiting near the airport for 30 hours, trying to get on one of the last flights out of Kabul.

Margaretten, with the help of Israeli American businessman Moti Kahana, had their contacts in Afghanistan help the children navigate Taliban checkpoints. The children were flown to Qatar, and then to New York to be reunited with their mother.

“I feel this is my duty, especially as a Jew,” Margaretten says. “Our ancestors went through similar situations so many times, having to flee persecution. Our sages say that if one saves a life, it is as if he has saved the entire world. We are using all our energy, resources, and connections to save as many lives as possible.”