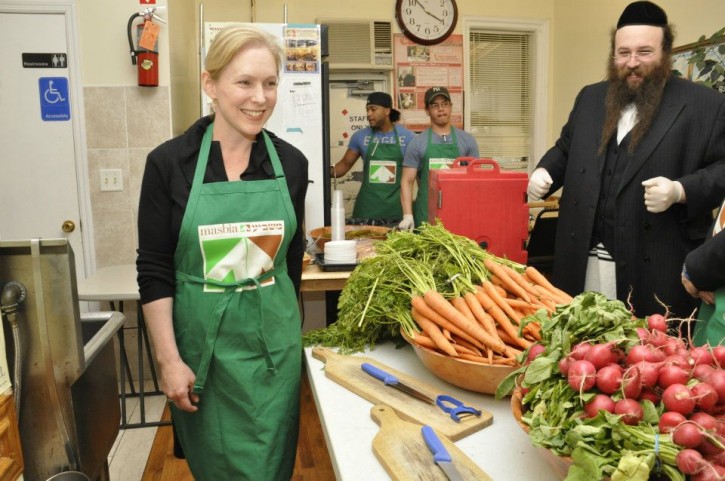 New York - As levels of available kosher and halal food at local food pantries have continued to decline, and food banks have been left wondering how they will provide provisions for their religiously observant clients suffering from food insecurity, has U.S. Senator Kirsten Gillibrand greatly concerned and calling on U.S. Department of Agriculture Secretary Thomas Vilsack for an update on what the agency is doing to purchase kosher and halal foods for distribution in The Emergency Food Assistance Program (TEFAP).

In a letter sent today to Secretary Vilsack, Senator Gillibrand wrote in part, “I am deeply concerned by reports of shortages of kosher and halal foods available to the many observant individuals and families facing hunger and food insecurity in New York
and throughout our country. . . .Food banks and pantries depend on food provided to them by TEFAP.”

Senator Gillibrand also noted that the 2014 Farm Bill included an important provision directing USDA to increase the purchase of kosher and halal commodity foods whenever they can be obtained at equal cost.

“Further, this food must be labeled appropriately so that distribution entities can select the foods that meet the needs of the families they serve,” Senator Gillibrand wrote. “This provision is critical to meet the needs of food insecure individuals with religious dietary restrictions. For the many individuals around the country who are only able to eat kosher or halal foods in observance of their religious beliefs and who rely on federal food programs, any shortage in available commodities means their families are at additional risk of malnutrition and hunger.”

Alexander Rapaport, who heads Masbia Soup Kitchen, added “For about the last 20 weeks, the federal government had non-kosher frozen chicken available to soup kitchens and food pantries in New York City, but as a kosher soup kitchen we have to continue to buy chicken from a vendor to feed our clients. Historically, most of the food Masbia gives out to the needy is bought with the help of private donations. It is then also supplemented with food from the federal government, with the city and state also contributing. But it’s on everyone to make sure no one goes to sleep hungry.”

Across New York City’s five boroughs, there are 507,000 people living in poor or near-poor Jewish households.