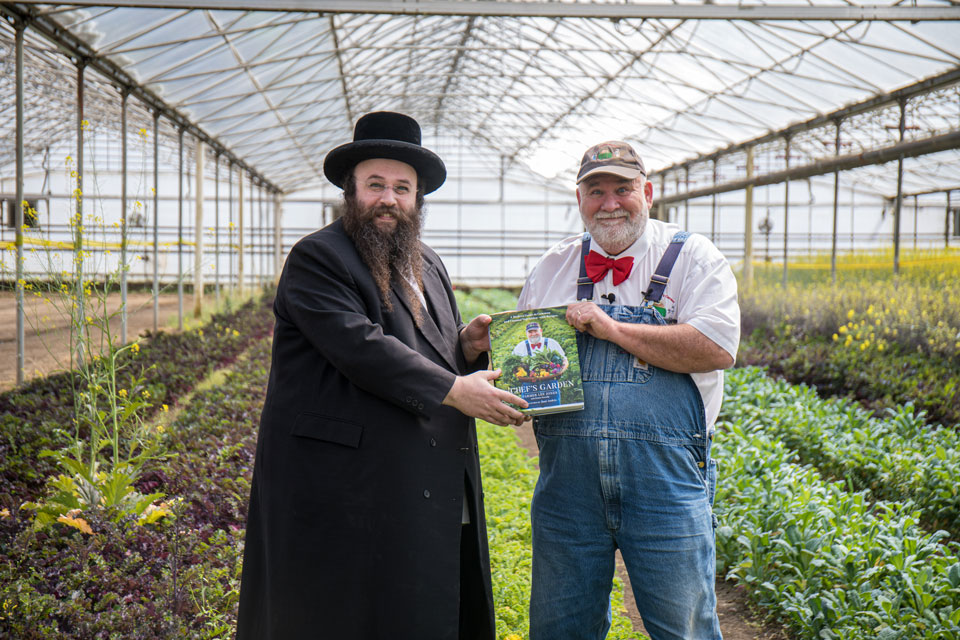 Farmer Lee Jones released his masterpiece cookbook called The Chef’s Garden earlier this year in April. It is now being offered as a gift for people who sponsor food to feed the needy at Masbia Soup Kitchen Network.

The cookbook isn’t categorized as kosher, so Chef Jordana Hirschel, Masbia’s COO, visited Chef Jamie Simpson of The Chef’s Garden farm in Ohio for two days at the farm’s own Culinary Vegetable Institute. Together, they reviewed the entire 600 page cookbook and came up with 22 alternative recipes for the ones that aren't kosher. Jordana also drafted Chef Josh Massin of the previous Nobo and current Naruto Bowl restaurants in Teaneck and Chef Bryan Gryka of Milt's Barbecue for the Perplexed in Chicago to help with the project. Together, they carefully crafted the best kosher alternatives without compromising on flavor, texture, ingredient compatibility, and overall dish integrity. Thus, the Kosher companion to the farmer’s cookbook, called Adamah Treasures: A Kosher Adaptation of Recipes From ‘The Chef’s Garden’ Cookbook, was created. 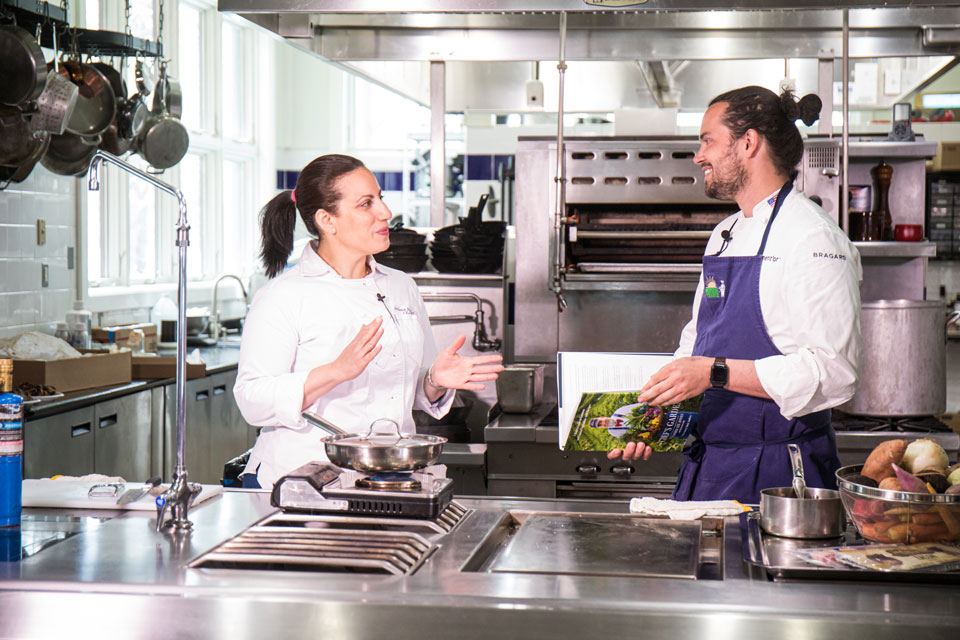 The farmer, who for the past seven years has regularly been sending vegetables to Masbia Soup Kitchen, will now be offering a variety of gifts for people who donate directly to the soup kitchen. The gifts will include the cookbook, its kosher companion, a gift basket of vegetables, and a tour of the farm with an overnight stay.

The partnership goes back to 2014 when The Chef’s Garden held a conference on the farm with attendees being chef’s of high-end restaurants. Masbia’s ED Alexander Rapaport was invited to talk about how even charity food can be served in an upscale way, and how chefs can be part of the solution to combat hunger. 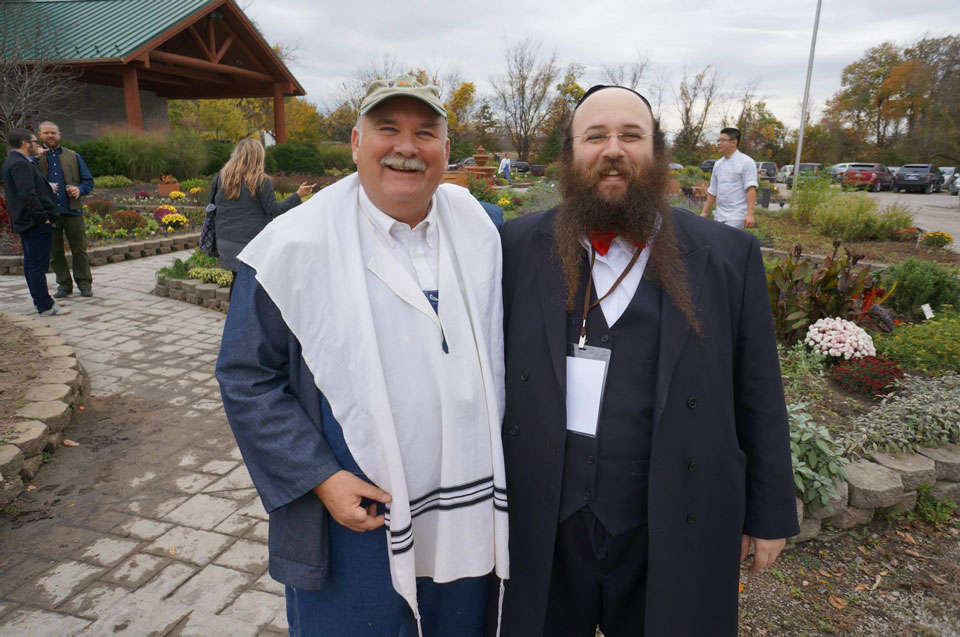 The Chef’s Garden followed up by sending Masbia huge overnight deliveries of high-end vegetables from the farm. Clients at Masbia enjoyed the food that most only gets to experience in expensive restaurants. Years later the partnership grew, and farmer Lee Jones came up with a Seder Plate makeover of trendy microgreens to gift high-end donors and ended up being featured in NY Blueprint, and Kveller.com.

Since the beginning of the pandemic, the Masbia Soup Kitchen Network has mobilized to respond to emergency food needs with a 500% increase in demand. Each day, 500 families visited Masbia at each of our three locations. That means about 1,500 families a day and 7,500 every week got food relief from Masbia.

In 2009, after the great recession, Masia opened more locations. The expansion was even mentioned on Saturday Night Live. Masbia now runs three locations in New York City, two in Brooklyn and one in Queens.

This new partnership with Farmer Lee Jones comes at the right time when the government and the donors are no longer as focused on the food challenges during the pandemic as they were at the peak of it. Hunger and poverty existed before the pandemic and only got exacerbated by it and it takes a lot of resources every day to make sure no one goes to sleep hungry. 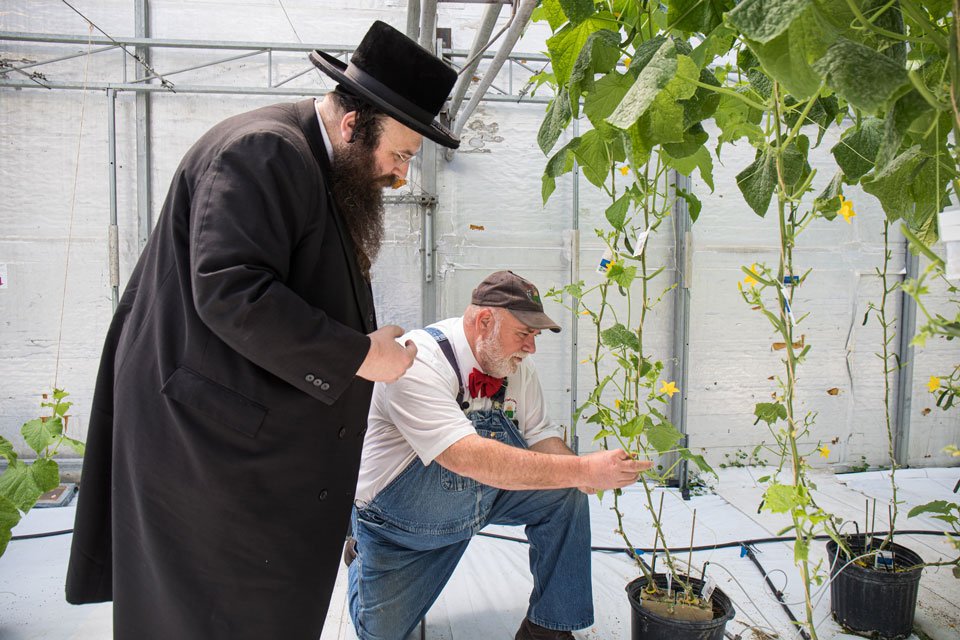 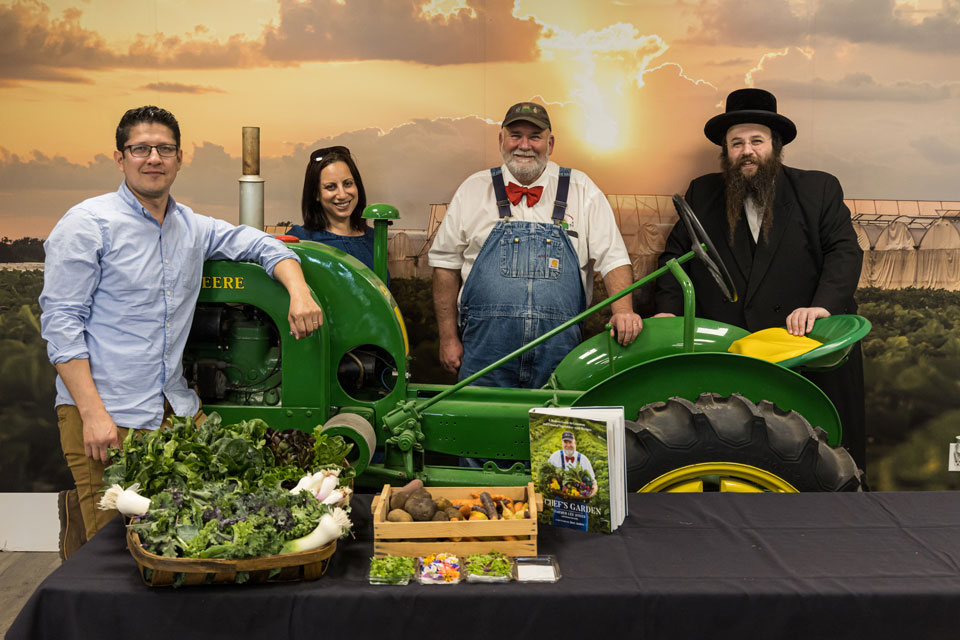