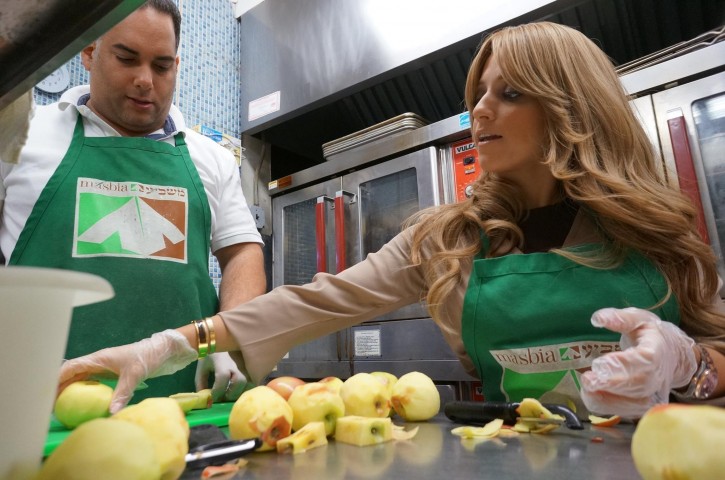 One of the volunteers prepare food at Masbaia Soup Kitchen

Brooklyn, NY - The New York City charity Masbia (MAHZ’-bee-uh) says the grocery bags it’s distributing to families before the storm are a lot lighter than usual.

Executive Director Alexander Rapaport says the charity’s “gap between supply and demand” is at the lowest point in four years.

Up to 1,500 families were expected to line up Thursday at Masbia’s kosher soup kitchens for a grocery bag.

Rapaport said volunteers would “make sure that everyone gets at least something.”

He said donations are used to purchase beans, rice, peanut butter, flour, carrots and other staples.