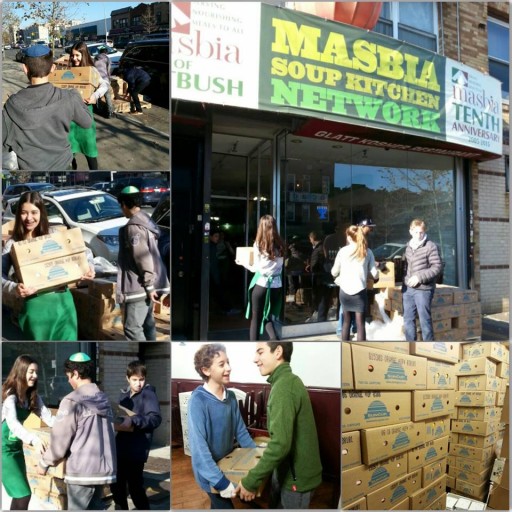 New York - A Brooklyn city councilman will be on the city’s snow-clogged streets Sunday with his staffers, delivering food packages from a local soup kitchen to the elderly.

City Councilman Chaim Deutsch is partnering with Masbia and Flatbush Shomrim to distribute meals to residents in his district.  In an email sent to his constituents on Friday, Deutsch asked for anyone interested in the emergency food package to contact his office.

Deutsch said that as of Saturday night he had already received several dozen phone calls from interested locals and that his staffers were on hand to take calls from residents who were bombarded with what may turn out to be record breaking snowfall.

“I have a lot of seniors in my district who might be homebound because of the snow,” Deutsch told VIN News.  “We are joining with Masbia and we will be delivering packages.”

Alexander Rapaport, executive director of Masbia, said that his staff will be coming in early to prepare a minimum of two ready to eat meals for each recipient, with some potentially accompanied by emergency vehicle escorts because of the city wide travel ban in effect till 7 AM Sunday morning.

Rapaport reported that his kitchen’s food supply is seriously depleted but that Masbia was happy to work with Deutsch on behalf of Brooklyn’s seniors.

“Despite being in very dire times, and our food resources at an all time low,  we never say no to a food emergency,” said Rapaport. “The council member, who has done emergency work with us in the past, reached out to us and we said we’ll do what it takes to make sure that no one goes hungry.”