New York City Councilman David Greenfield (D-Brooklyn) has raised over $75,000 worth of donations for hurricane relief in Puerto Rico since announcing his collaboration with Masbia Soup Kitchen Network and Bronx Borough President Ruben Diaz Jr. on the project earlier this month.

“I’m extremely humbled by this outpouring of support for hurricane victims. It’s clear that my neighbors in Boro Park and Midwood care deeply when their fellow Americans are suffering, and they’ll do whatever they can to help,” said Greenfield, who represents the 44th Council District. 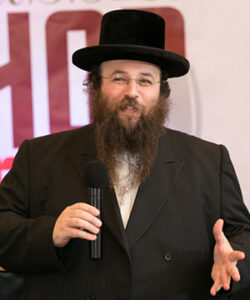 New York City has its own relief program for Puerto Rico but no donation centers in Boro Park or Midwood, something Masbia Executive Director Alexander Rapaport was quick to notice.

“ I wrote a letter in Yiddish asking people to go to Sunset Park,” the location of the nearest firehouse where the city was taking donations, he said. “But how many people were actually going to drive all that way and do it?”

By that point, Greenfield was also aware of the location problem and decided his own office, in the heart of Boro Park on 16th Avenue, would make an ideal donation center. Then he began working with Rapaport to synchronize their relief efforts.

“I was very happy to find a partner in Councilman Greenfield, who felt that we as a community needed to do something,” Rapaport said.

Within hours, Greenfield and Rapaport were promoting their efforts on social media, and Community Board Chairman Yidel Perlstein donated a truck from Lucky Truck Rental to help. That only left one remaining problem: How would they get the donated goods from Brooklyn to San Juan? 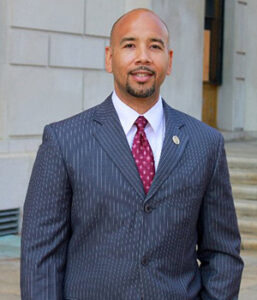 Enter Bronx Borough President Ruben Diaz Jr., who was spearheading a local relief effort alongside Governor Andrew Cuomo and the rapper Fat Joe. They already had cargo planes ready, and Diaz allowed room on his Bronx containers for the Brooklyn donations.

“I am incredibly grateful to those individuals and organizations who have done what they can to assist in relief efforts on the island during this crisis,” Diaz said. “Council Member Greenfield’s efforts to collect much-needed supplies are greatly appreciated…. I am proud to call him a friend, and I thank him for his work on behalf of the people of Puerto Rico.”

Soon, the packages arriving at Greenfield’s office became a deluge, and by last week there were hundreds of parcels of donated food, water, first-aid kits, batteries and hygiene products.

“We’re talking about great New Yorkers with different backgrounds, from the private sector and non-profits and the government, who live in completely different parts of our city, coming together to help others in need,” said Greenfield. “It’s been inspiring to see the broader relief efforts and a testament to the true character of New Yorkers.”