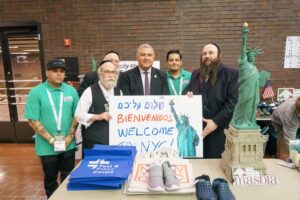 As busloads of asylum seekers have arrived in New York City during the past week, they have been met by volunteers and workers from Masbia, a food network which has provided emergency supplies to the weary and destitute travelers.

“As descendants of people who arrived in New York harbor seeking asylum, it is simply the right thing to do for new migrants 70 years later,” says Masbia Executive Director Alexander Rapaport, the grandson of Holocaust survivors.

The migrants have been bussed to the Big Apple, a “sanctuary city,” after crossing the U.S. border into conservative Texas, seeking asylum from Latin American countries. New York City Mayor Eric Adams has decried Texas’ actions in busing the migrants to New York, and has asked the federal government for help. The arrival of the immigrants — who sign agreements to come to New York before being put on the buses — has stretched the city’s homeless shelters.

In addition to its main mission of providing hot meals and packaged goods at its food pantry/soup kitchen locations in Brooklyn and Queens, Masbia has traveled to humanitarian disasters around the country to assist those in need.

The migrants often arrive at Port Authority Bus terminal barefoot or barely dressed, tired, hungry and thirsty after the long the bus trip, which often follows arduous journeys on foot from their native country to the U.S. Masbia has spent $20,000 to provide the asylum-seekers with socks and shoes, toothbrushes and toothpaste, deodorant, 5-Hour Energy bottles, candy bars, tuna and crackers. The items are distributed by Masbia employees and workers, mostly Hasidic Jews and Hispanic immigrants, and the new arrivals are greeted with welcome signs written in English, Hebrew and Spanish.

Masbia has distributed items on four recent mornings at Port Authority, with the number of arrivals ranging from half a busload to three busloads.

Rockland County Legislator Aron Wieder, participating in the Masbia distribution on a recent morning, said he, too was inspired to help because of what his own immigrant grandparents went through decades ago.

“They arrived in this country as immigrants and experienced a warm welcome,” Wieder said. “I wanted to be here to extend that American welcome to the immigrants arriving today.”

Rapaport says the immigrants “first steps in New York should not be made barefoot.”

“The idea is to help people turn the page and start their new beginning here in New York in a better way,” Rapaport says. “The journey ahead of them is still going to be challenging, but we want to plant the seeds of change in their luck and give them their basic humanity back.” 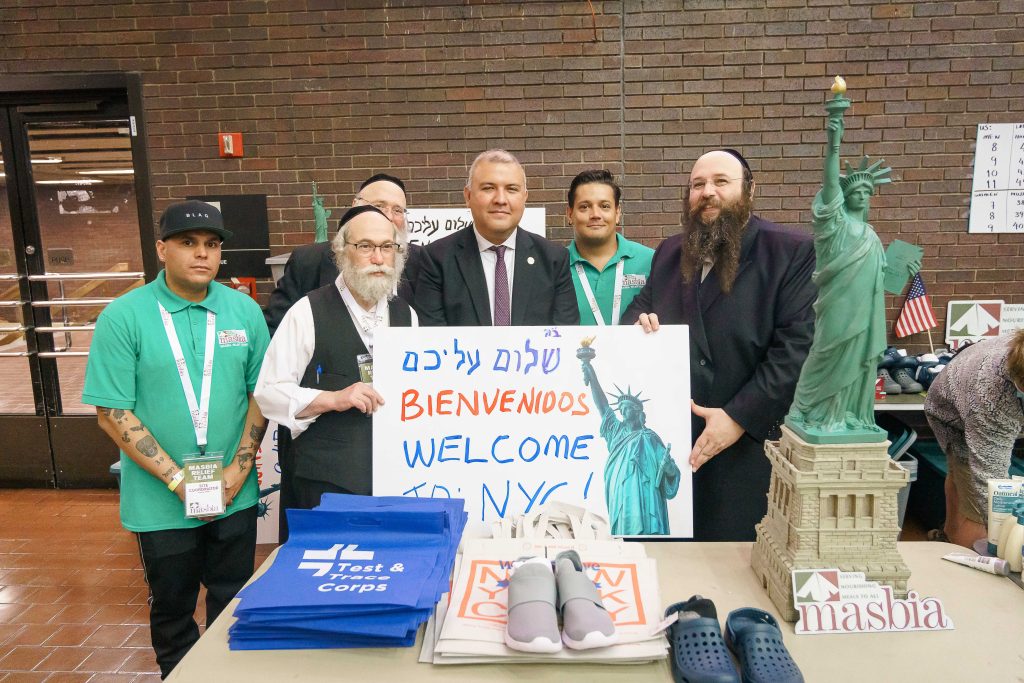 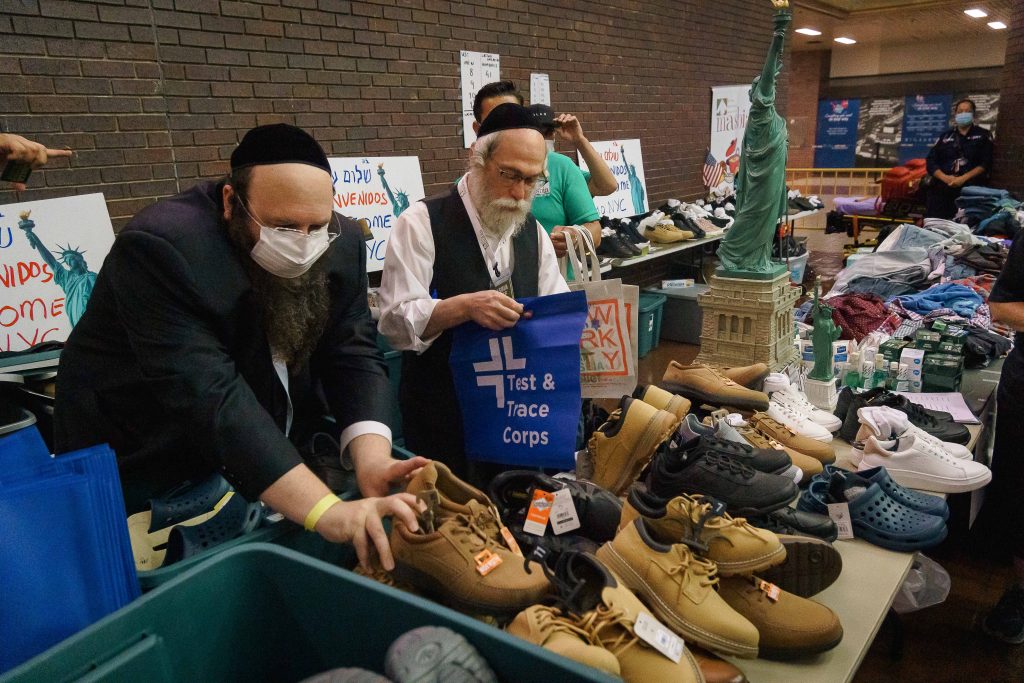 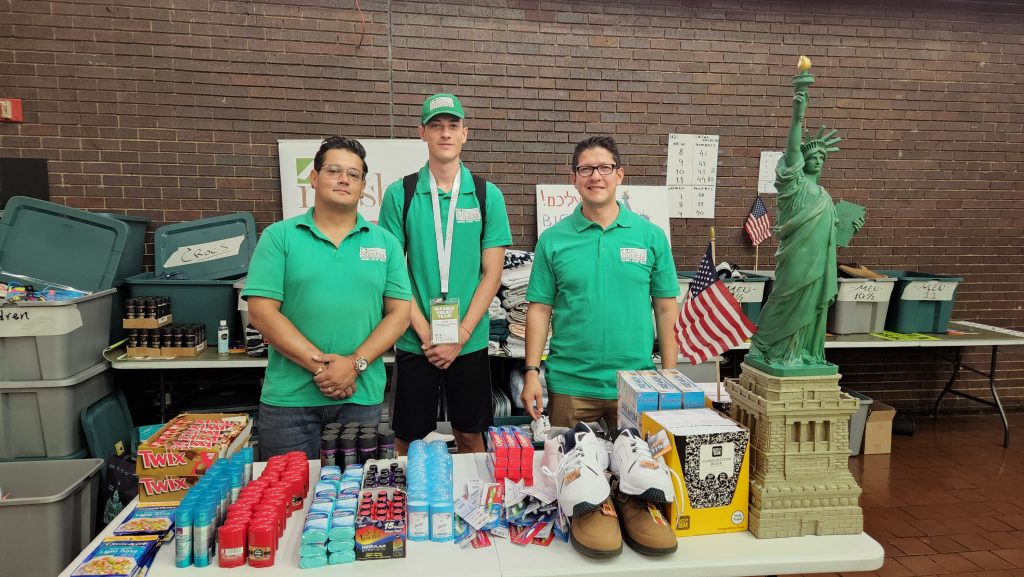 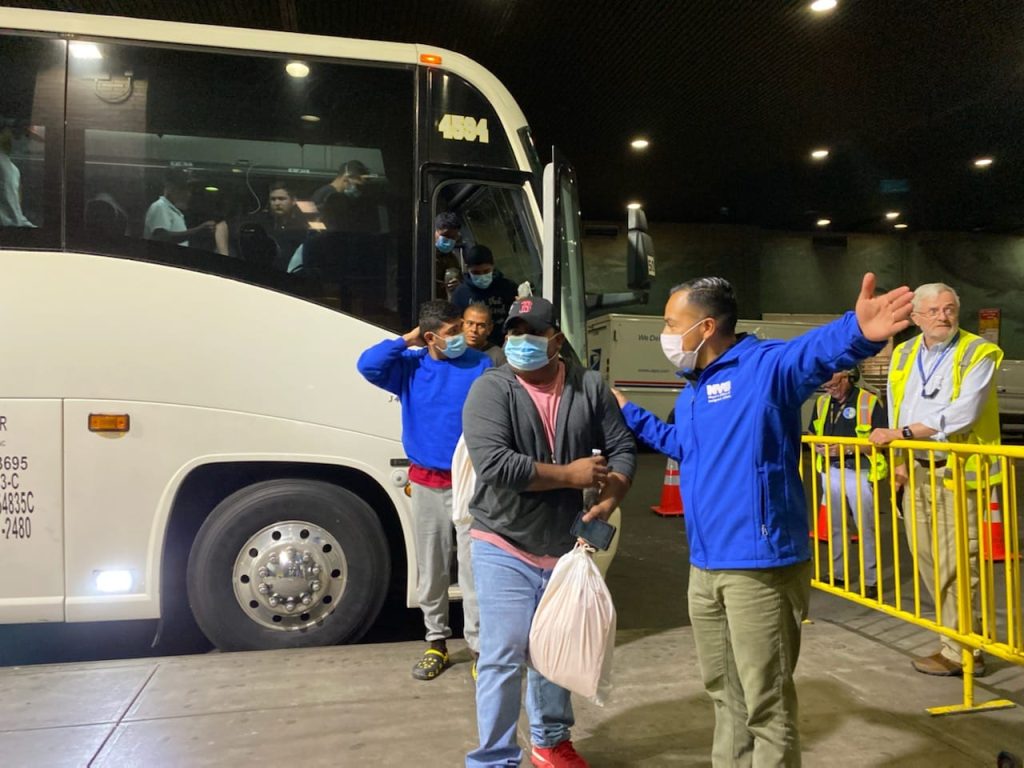 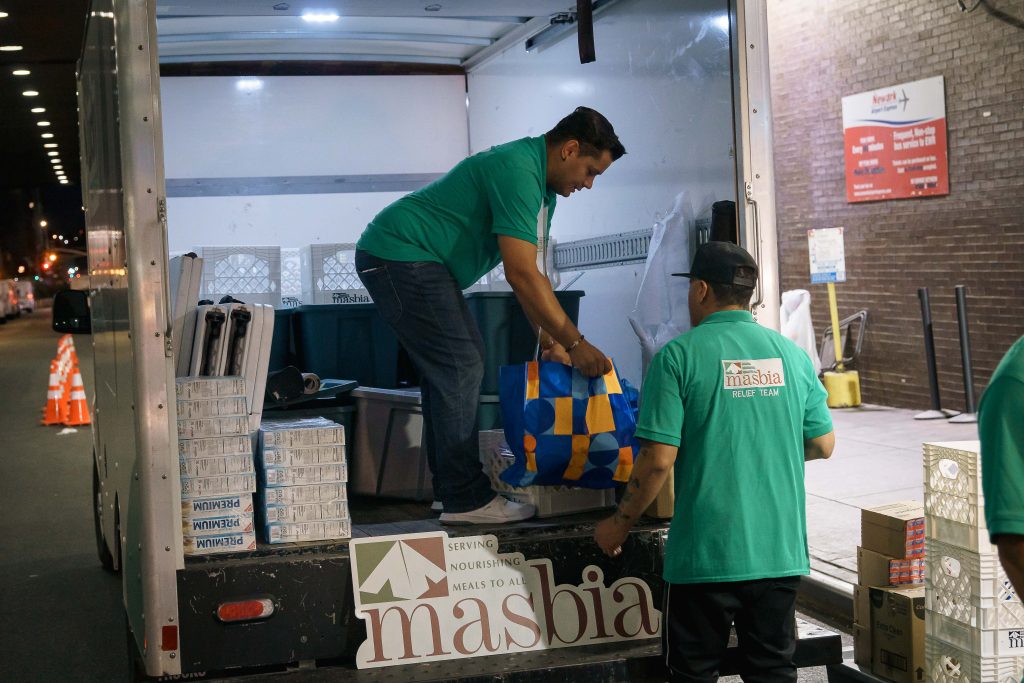 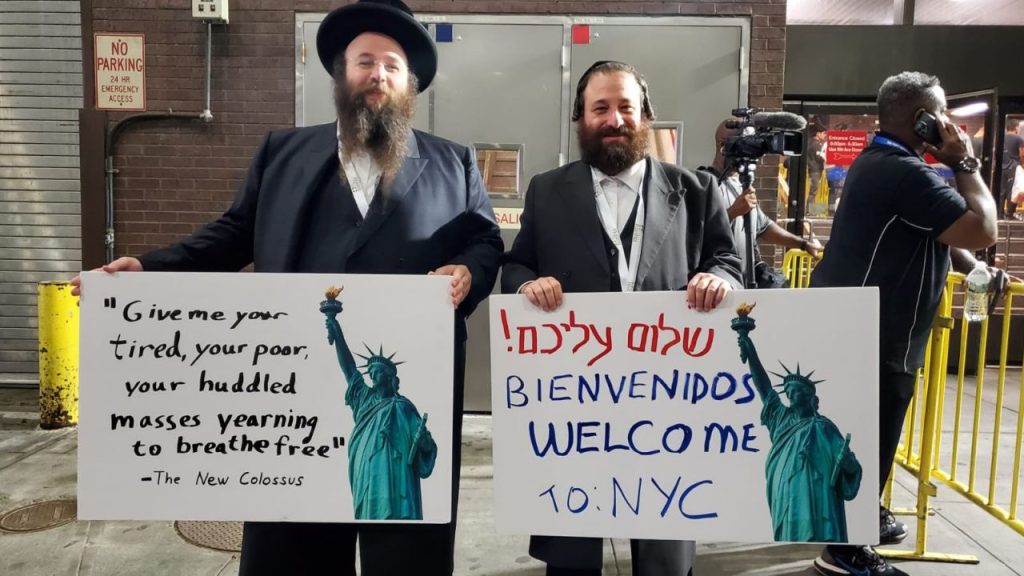