Masbia In Boro Park 24: Boropark24 Speaks With A Farmer From Goshen Who Offers Educational Tours 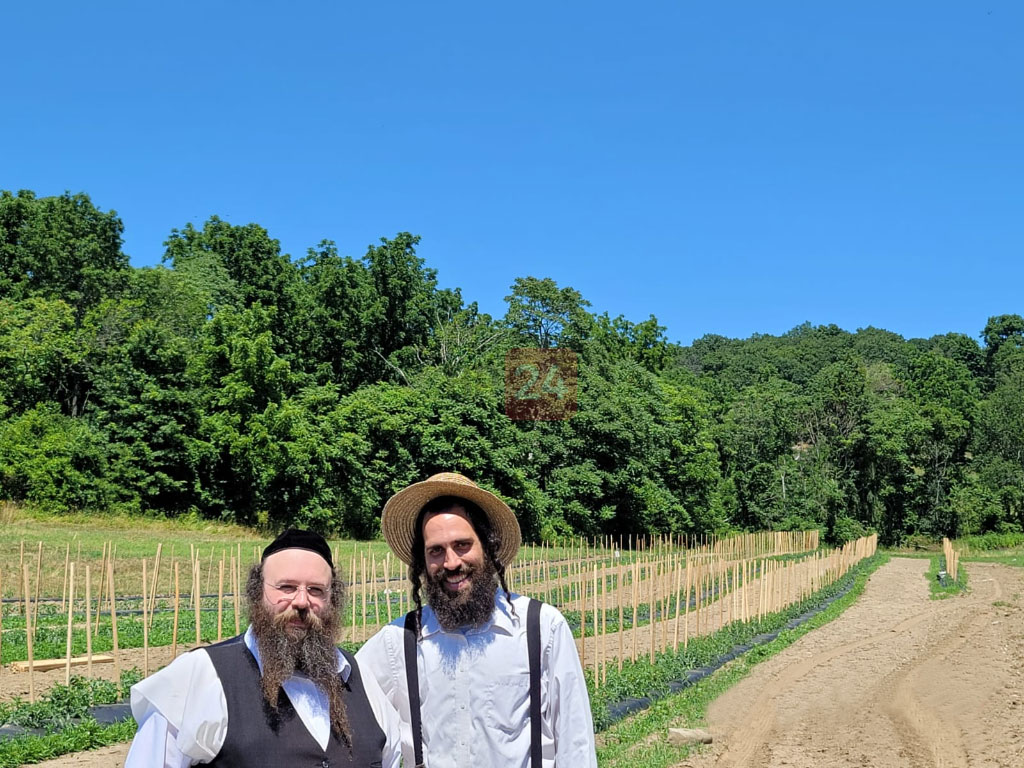 On the foothills of the Catskills in Goshen lies a 227-acre farm, where most of the workers speak Yiddish, and organic wheat and spelt for shmura matzah is the main crop.

The Yiddish Farm also grows ripe, red tomatoes that will be provided to soup kitchens, such as Masbia, which distributes food to families in need in Boro Park, Flatbush, and Queens.

On Monday, volunteers from Masbia worked on the tomato crop, of which farmers will likely start to deliver 2,000 pounds a week to Boro Park, starting in late July until the weather turns cold, the farm’s founder Yisroel Bass told BoroPark24.

Bass hopes to provide an even bigger variety of produce to charity causes next year.

Thanks to the Nourish New York Program, which Gov. Kathy Hochul signed into law on Nov. 20, 2021, New York farmers will be paid with state funding for sending their produce to food banks statewide.

The farm also grows blueberries, cucumbers, garlic, and horseradish for Pesach. The Bass mishpacha also sells eggs from its chickens, but only the family drinks the goats’ milk.

In addition to feeding New Yorkers, Bass also offers educational tours for families and camps to learn about how the food they eat is grown and about the realities of the agricultural halachos about which they learn in the Mishna.

Bass was born in Queens and grew up in Long Island, but he was drawn to farming because he always loved working outside and he always wanted what defined him to be what he produced, rather than what he consumed.

In lively tours that Bass leads by driving a tractor that pulls a hay wagon full of kids through fields of wheat and spelt, visitors get to see live demonstrations of farm equipment, such as combines, which automatically combine the laborious processes of harvesting, threshing, and winnowing the grain crop.

As he drives, Bass teaches visitors about the history of the farm and how things grow: all the while making any possible connections to Torah ideas and topics.

“We talk about hilchos Pesach, we talk about Mishnias, and I explain why we never grow the same type of crop on the same field year after year,” Bass said. “We mix it up for crop rotation.”

Not only do the kids get to go home with stalks of wheat that came down to them out of the combine, but they get another Yiddish Farm product called kloyes, which is mentioned in the Torah and the Gemara as a snack that yidden ate so they had the koach to reap the harvest.

Kloyes also was the snack of roasted wheat that was given, along with nuts, to children in Gemara times so that they could stay up for the seders, pointed out Bass, who said the treat fell out of practice because yidden were nervous that it could easily become chametz.

On Simchas Torah, Bass gave his three children kloyes for nosh during the hakofos at the Jirka shul, which was temporarily located in Boro Park last year during the building’s construction on 5 Ditmas Ave.

“The kids at shul loved the kloyes so much, they traded their candy for it,” Bass said with a laugh.

To schedule school, camp, and other group tours, readers can call (845) 360-5023. Bungalows are also available for rent for those who wish to stay at the farm over Shabbos.

The farm has a mikvah and a sefer Torah on-site, but overnight visitors must bring their own linens, food, and minyanim.

“We just had a family here last weekend from Monroe,” said Bass, whose shmura matzah is sold on yiddishfarm.org. “They couldn’t even imagine what a great experience it could be spending Shabbos at the farm, which is just a beautiful, private place to be.” 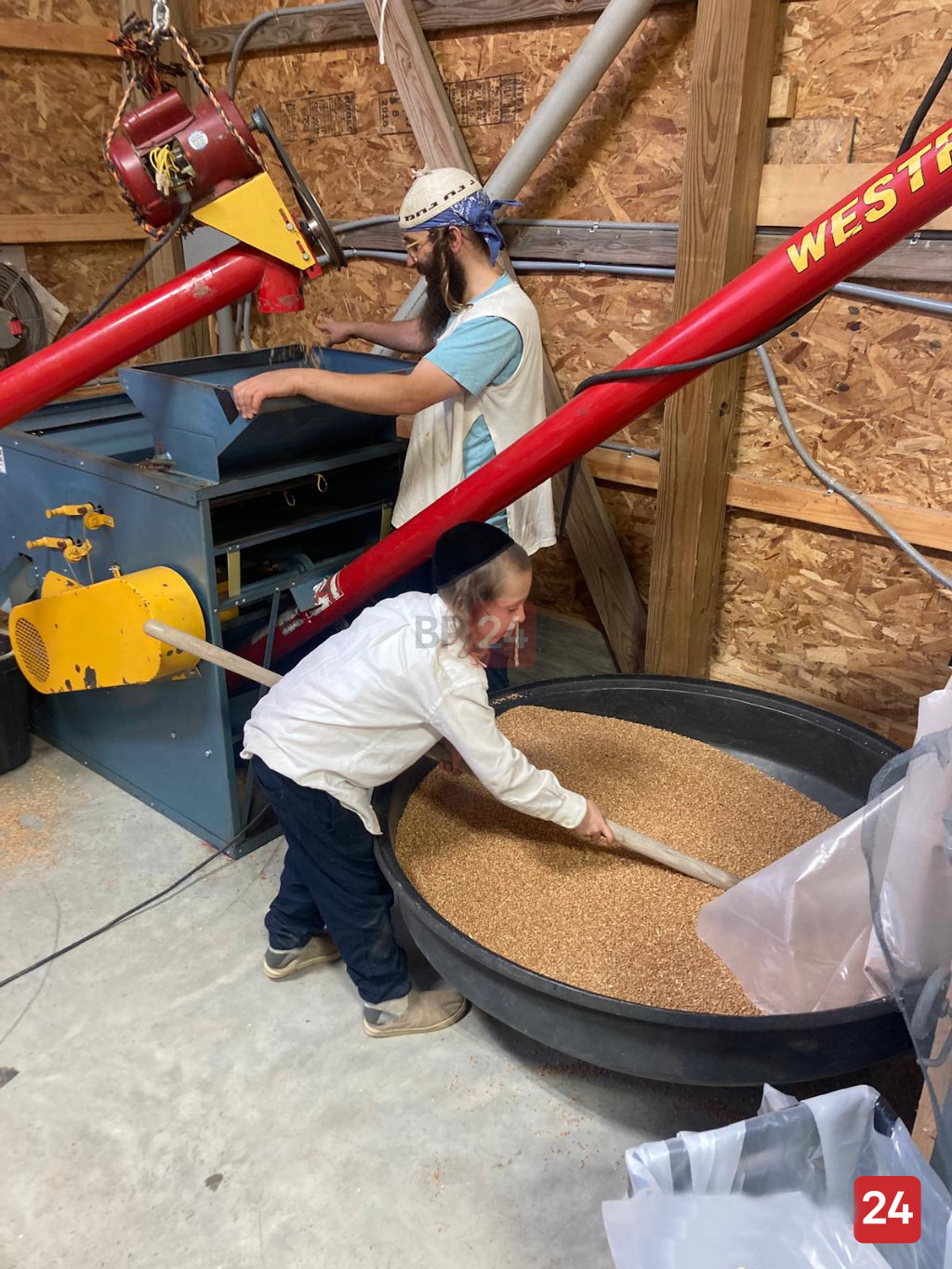 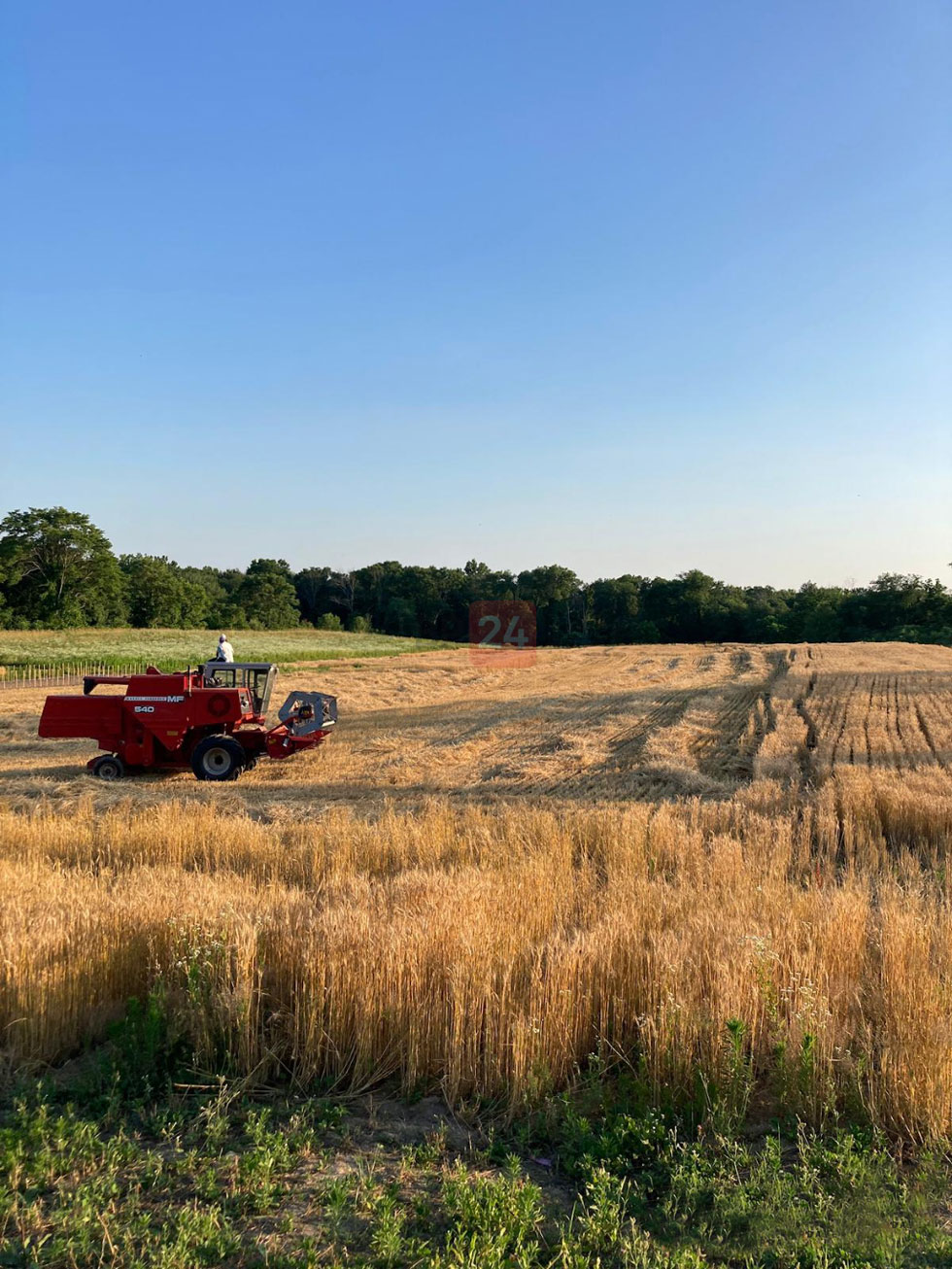