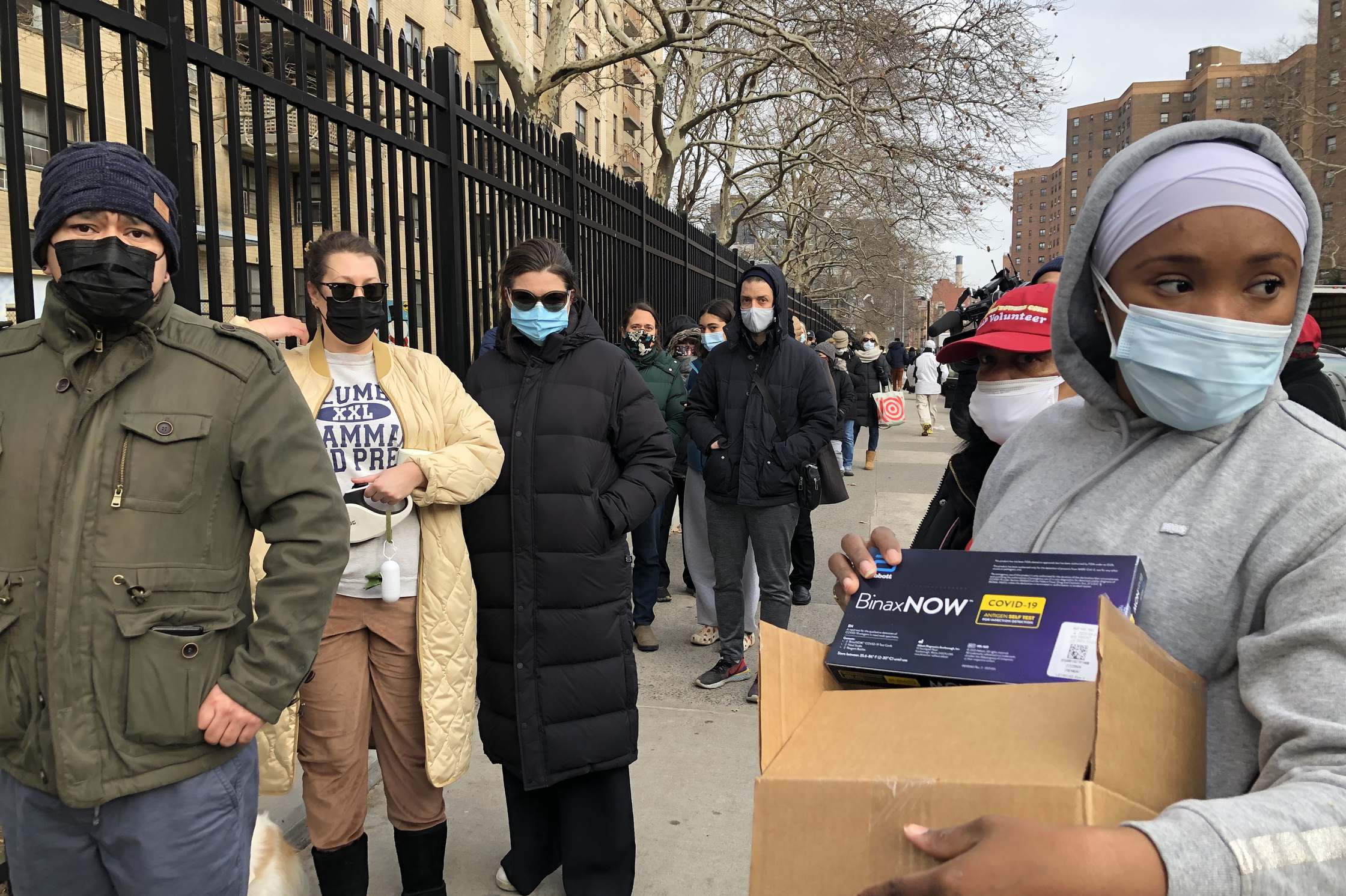 Thousands of New Yorkers lined up at sites in each borough, hoping to score one of the coveted at-home COVID-19 test kits the city distributed ahead of the holidays. Five pop-up locations opened Thursday, and another five are scheduled to open Friday morning.

Vince Mola, a Lower East Side resident, cackled with happiness after receiving a free kit at a site on Columbia Street.

"It’s glee. It’s relief and astonishment,” Mola said. “I feel like I’m in the Soviet Union in the 1970s. These are our new bread lines …There is something terribly wrong in the richest country in the world when this is like our Christmas present.”

The five pop-up sites had distributed the allotted 10,000 kits by mid-morning, according to Adam Shrier, a spokesperson for the city hospital’s Test and Trace Corps. Mayor Bill de Blasio tweeted the city would be giving away another 10,000 at five new locations on Friday morning:

The city also distributed the free kits to several hundred community groups that would be handing them out to their members, though officials didn’t provide a list of those locations immediately.

Alexander Rapaport, executive director of the Masbia Soup Kitchen, said they had received the kits and were distributing them to families waiting in their South Brooklyn food pantry lines. 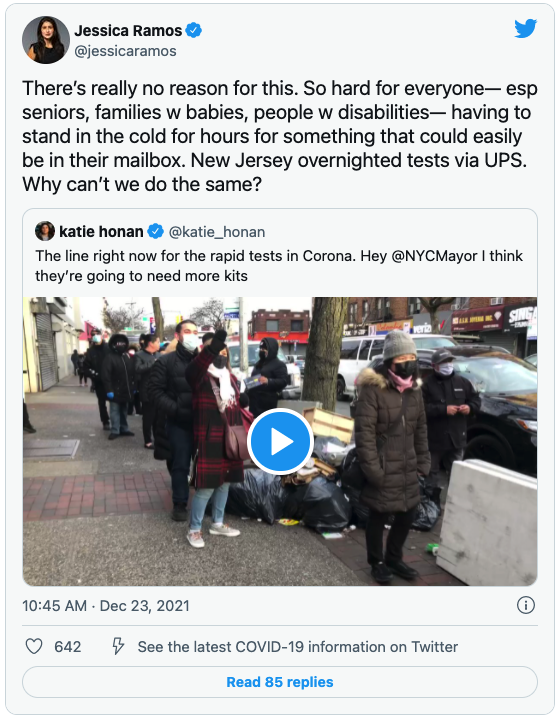 Thursday morning at the Lower East Side giveaway site, public school teacher Heather Ayala waited in line with half a dozen other teachers from a nearby school. Ayala said staff members were taking turns standing in line for COVID-19 tests during the school day because they had no way of getting tested through the city's education department.

“DOE should send boxes of tests to every school for staff and students, so they don’t have to stand on these lines,” she said, but like everyone else, she added, “We’re here to get our free kit.” 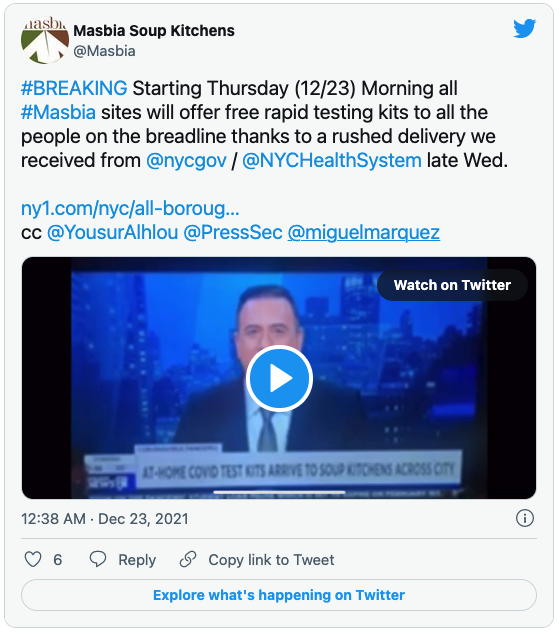 COVID-19 infections have soared in recent days, a surge that officials are tying to the new and highly contagious omicron variant. It accounts for more than an estimated 92% of new infections in the New York area. Though a record-breaking number of new infections have been detected each day, hospitalizations and deaths in New York City remain low, and initial studies suggest omicron causes less severe illness than the Delta variant.

Lines for PCR tests have wrapped around city blocks for days, and the at-home test kits have been nearly impossible to come by. President Joe Biden said that by the New Year, Americans would be able to order the kits online and have them delivered to their doors. As part of a broader national rollout, the Centers for Disease Control and Prevention opened three testing sites in Queens this week to help meet demand. Their locations and hours are:

Though that came as cold comfort to people who’d been trying desperately for days to get access to testing and were confronted by hours-long lines in freezing temperatures.

“Oh my goodness, I was very anxious because I live all the way up in Harlem, and I had to come all the way down here,” said 68-year-old Helen Arnold, who trudged away from the pop-up Lower East Side site with her kit in hand. She hoped more tests would be available soon citywide. “Come on now, Manhattan is huge, and 2,000, really?”