Masbia In Hamodia: One Potato, Two Potato, Three Potato… NONE? 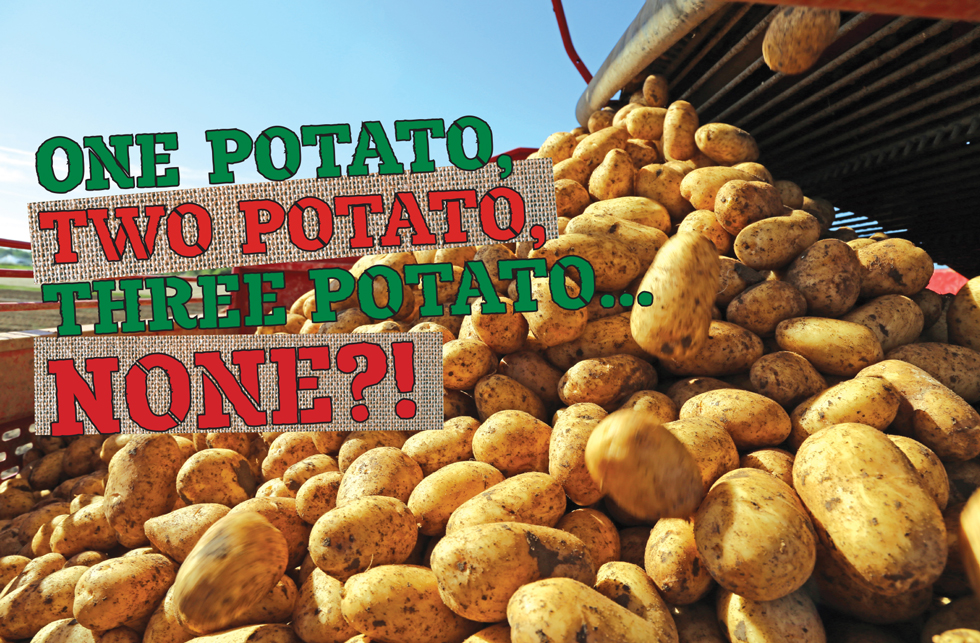 It’s not the Irish Potato Famine of 1845, Baruch Hashem. But potatoes not making it over the Canadian border this year has knocked the starch out of Pesach preparation.

In the weeks leading up to Pesach, we’re hyper-focused on house cleaning and mishloach manos leftover disposal. Despite being a staple ingredient and indeed standalone meal in many frum households over Pesach due to halachic stringencies as well as for health reasons, one would think that potatoes and potato-specific soil fungus are not the first things on our minds.

But defying the considerations of convenient cooking and matzah-minimal diets, this year these Pesach-friendly carbs may be a bit more expensive than usual.

Alexander Rapaport, CEO of Masbia, a major food pantry charity and the only kosher soup kitchen in New York City, got wind of the possible shortage while liaising with charity wholesalers in preparation for Pesach.

Charity services such as Masbia source their goods from large food banks. One of these umbrella wholesale vendors is City Harvest, which supplies many non-profits throughout New York. City Harvest, in turn, purchases its supply from wholesale local produce vendors such as Dave Ludlum Produce, a produce broker and farm on Long Island.

Dave Ludlum’s farm’s potato season on Long Island usually ends sometime in February. At this point, Dave Ludlum usually turns to a Canadian potato farm to pick up the slack in the supply chain. Jewish food charities like Masbia usually purchase their Pesach stock as the supply chain changes from Long Island to Canadian supply. Later in the year, the potato supply chain shifts to Florida, then Carolina, changing states every couple of months so that supermarkets are never left empty. In a regular year, nobody notices any change.

However, this year, there are no Canadian potatoes making it across the border, for reasons to be explained shortly. This means that produce suppliers like Ludlum will have to look for alternate sources within the United States to supplement their potato supply.

Where Ludlum usually buys four varieties of potato at once from Canada, when buying domestically he now may have to source them from different suppliers.

In addition, the seasonal uptick in potato usage caused partially by Pesach as well as secular seasonal holidays, along with restaurants finally reopening after the pandemic, means that more produce than usual has to be sourced from new domestic suppliers.

While Ludlum is confident that the quantity of potato availability in supermarkets is unlikely to be affected, prices are likely to rise somewhat. This especially affects charities like food pantries and people of low income who must make every cent count. 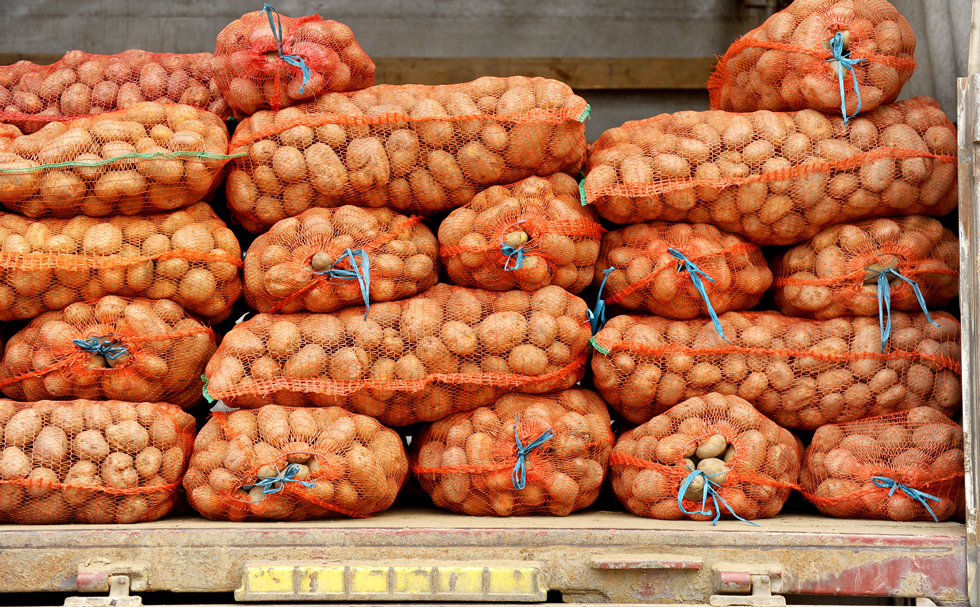 What Are Potatoes Warts?

Synchytrium endobioticum, colloquially known as “potato wart” or “potato canker” is a fungus that attacks plants, primarily potatoes. The fungus lives in soil, waiting to attack a host plant, and can remain active without a host for decades. The fungus is incredibly contagious within soil, plants, and items that touch it, and often detection requires scientific testing, as it’s not always visible immediately.

Despite the frightening name and pathogenic nature of the fungus, major agricultural organizations including the USDA (United States Department of Agriculture) conclude that it poses no threat to human health. Rather, the USDA website states that potato wart “reduces yield and makes potatoes unmarket-able,” and that it is not known to occur in the United States.

While it’s near impossible to remove potato warts from an ecosystem entirely once it’s been introduced, Canada has strict quarantine laws to prevent its spread.

In November of 2021, the USDA advised that potato shipments from Prince Edward Island in Canada be rejected by the U.S. border services, due to a discovery of potato wart.

The Canadian government has taken the discovery seriously. According to their website, they have increased the CFIA’s (Canadian Food Inspection Agency) staff capacity and working hours, including new hires and crosstraining, retrofitted labs, and working weekends.

According to the CFIA, while there have been 34 detected cases of potato warts detected on Prince Edward Island since 2000, in the 3,543 samples tested between October 7, 2021, and March 4, 2022, there has only been one case detected.

On March 8, the CFIA released a statement regarding the potato wart risk in exports to Puerto Rico. They state that despite potato wart being detected, it was not on a farm that produces potatoes intended for supermarkets, it didn’t spread, and some detection is to be expected during an investigation. “The CFIA stands firm that, based on the science, the risk of transmitting potato wart from table stock potatoes and potatoes for processing remains negligible when appropriate risk mitigation measures are in place.”

Despite these developments, before reopening the U.S. border to Canadian potatoes, the USDA is requiring the results of a full investigation by the CFIA. According to the CFIA, although “Both countries have showed (sic) their commitment to regular meetings and information sharing,” the conclusion of the investigation could take until 2023.

If the risk of potato wart transmission is so low, why has the USDA stopped the Canadian shipments from crossing the border?

Ludlum suggests that local farmers in Maine, who have a good relationship with the USDA, have had an unusually good potato crop this year. At the same time, most potato farmers have had a good growing year, including those in Canada. This would give the Maine farmers reason to convince the USDA of exaggerated levels of risk caused by the Canadian potato wart outbreak. With Canadian potatoes embargoed, local producers are given free rein to sell their product with significantly lower competition and at prices of their own discretion.

According to Ludlum, the packing quality of potatoes from Maine’s farms intended for household usage is not to the same standard as those from Prince Edward Island. This is due to the border inspection restrictions that usually screen foreign produce quality. While domestic production is also screened for disease and quality, they do not undergo the same level of scrutiny.

Ludlum also notes that the export of Prince Edward Island potatoes to Puerto Rice, an American territory, has started again. Canadian export to the East Coast, where Maine farmers have ready market access, however, is still banned.

Upon request for comment by Hamodia, the USDA reiterated the statement on their website, “The U.S. Department of Agriculture’s APHIS commends the Canadian Food Inspection Agency (CFIA) for voluntarily prohibiting export of seed and fresh potatoes from Canada’s Prince Edward Island (PEI) into the United States due to the confirmed presence of potato wart. APHIS is coordinating with CFIA as they carry out their assessment of potato wart in PEI.”

The CFIA did not respond to Hamodia’s request for comment. 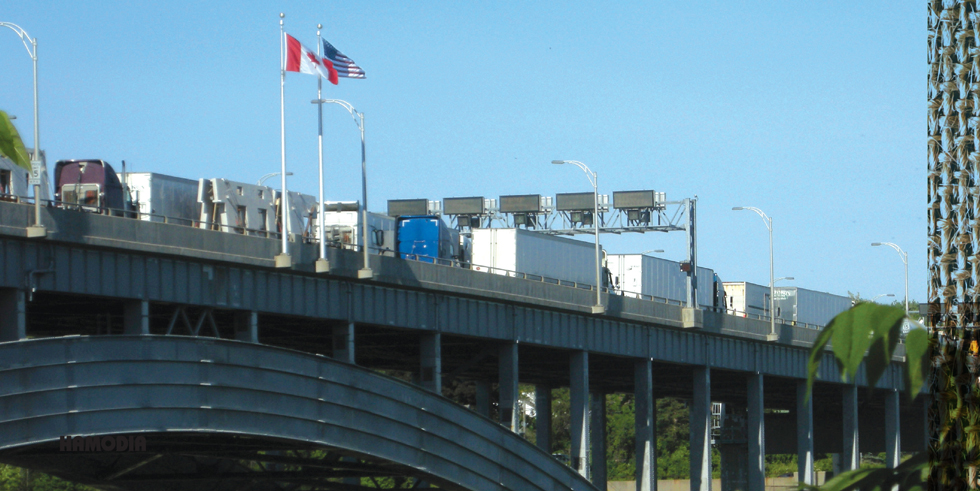 Which Products Will Be Affected?

The blockade on Canadian potatoes may affect the price of potatoes both in supermarkets and from wholesale suppliers. This may also impact the quantity of potatoes distributed by food banks and pantries in comparison with other vegetables.

Pre-packaged goods, especially those which are kosher for Pesach, are likely to have been manufactured weeks or months in advance. Those who use packaged potato starch or premade kosher-for-Pesach foods need not worry, as those should be available as usual.

Potatoes are not the only products that will see price differences. “Eggs and oil will be very expensive, especially those who buy particular oils [for Pesach],” due to the war in Ukraine and the country’s status as the “breadbasket of the world,” says Rapaport.

Rapaport noted the importance of avoiding panic buying upon hearing about the potential of a shortage of any kind.

As specific brands of cheaper oil go up in price, the more expensive oils follow suit. This specifically affects products that are bought for Pesach.

Ukraine is also a major source of eggs. Even Israel, which produces most of its own eggs and has strict agricultural import laws, has been importing Ukrainian eggs for Pesach since 2015. However, due to the current conflict, instead of boosting the egg supply, it may remain a deficit.

While chicken will be readily available, there is a shortage of cutlets and whole chickens, due to a lack of supply of chickens which are selectively bred according to the requirements for the chazakah of kashrus, along with a shortage of workers.

“Everything is a part of the bigger picture, which means that there isn’t enough on the market. There are a lot of shortages this year,” says Rabbi Yosef Baruch Spielman, who operates a food pantry charity in Crown Heights.

Rabbi Spielman notes that Ukrainian conflict-related export shortages extend not only to flour, eggs, and oil but also to Ukrainian shemurah matzah. Additionally, local matzah factories have been struggling with employee numbers, “where there are usually 15 employees, there are now eight,” says Rabbi Spielman. Rapaport noted that Masbia has chosen not to distribute matzah this year, so as not to affect the availability and consumer price of matzah. 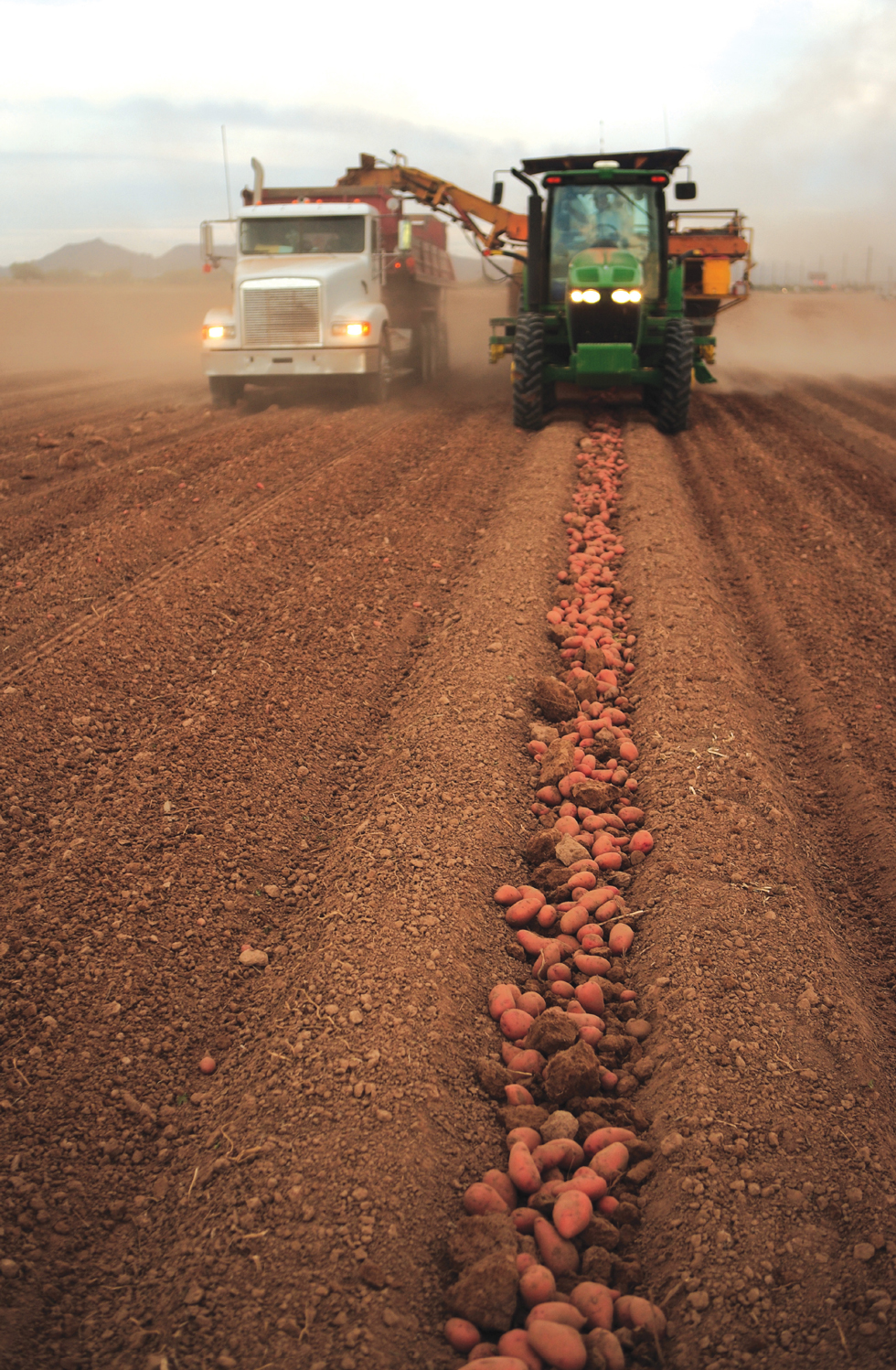 What We Can Do About Shortages?

On a larger scale, the USDA may reconsider the impact that blocking a major source of staple supplies will have on its constituents, especially those of lower socioeconomic backgrounds. Hopefully, a way will be found to allow the supply of foreign foods safely.

Rapaport tweeted Wednesday, March 23, to the accounts of the USDA and Secretary Tom Vilsack, “Please reconsider allowing all potatoes from [Canada] to be imported for household use — a very important food item for low-income [Americans] celebrating the eight days of [Passover].”

Pesach is a time where tradition is celebrated and many of us have strong emotional attachments and minhagim centered around specific Pesach foods. The core ingredients of these foods, such as schmaltz and notably potatoes, originated as cheap ways to feed our families in dire conditions. However, nowadays many of these ingredients are no longer as cheap as in past years.

It is very important that we maintain our favorite Pesach recipes. At the same time, there is the benefit of considering alternatives, at least to some degree.

Many who are stringent on Pesach prefer to make their own homemade potato starch. An easy potential alternative that Rapaport suggests is the plantain, which is readily available, easier to peel than potatoes, and can create a starch that is very similar in use to potato starch.

At the same time, Rapaport notes the importance of considering a friend’s situation when offering alternative advice: “It’s very easy for a middle-class person to say, ‘try something else,’ but very often those with a lower income are working long hours, have less equipment to use for new cooking ideas, and are on a very tight budget. They can’t risk something that might go wrong because there’s simply no budget.”

Both Rapaport and Ludlum reiterate that at this stage, the likelihood of shortages is going to be reflected only in the price of produce, not quantity and availability. Furthermore, Rapaport notes that some products that rise in price may be simply due to supply chain delays. “I don’t want to have a false alarm, [the supply of potatoes and other delayed goods] might just be late, but not late enough that the market will feel it.”

Perhaps most important, Rapaport says, is community consciousness of the situation. “Even if City Harvest won’t find potatoes, we still have many donors who will help us find food regardless. Awareness helps bring us more participants.”