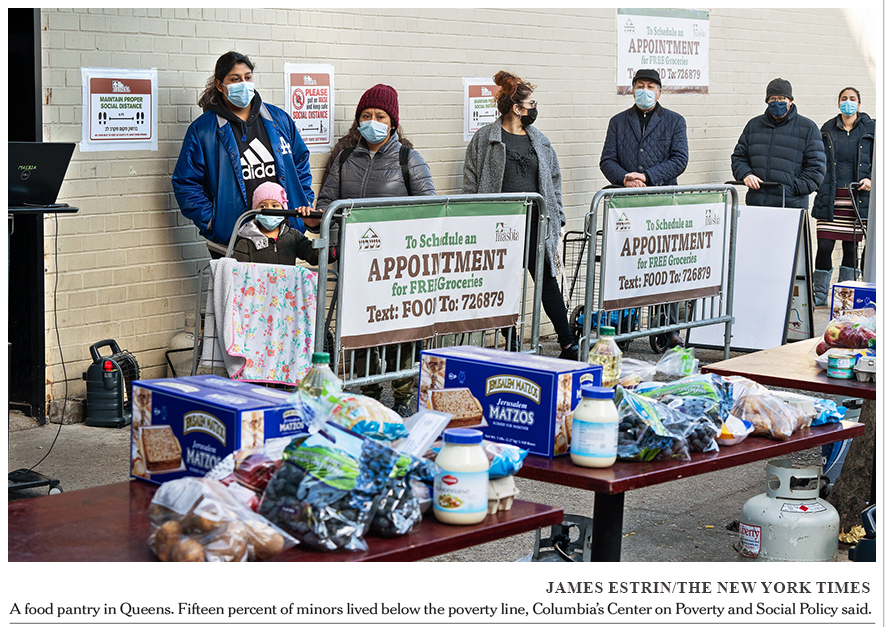 Read the article below by Rabbi Rebecca Sirbu, published in the Jewish Funders Network, on Masbia Soup Kitchen moving to the digital bread line. Alexander Rapaport, ED of Masbia, decided to take technology in favor of Masbia clients to make their lives easier, using the Plentiful app.

We are now entering a “new normal” as we continue to deal with the impact of the pandemic. And while the pandemic has greatly challenged the social service sector, it has also expedited innovative solutions, particularly ones using technology. The kosher food pantry Masbia, which began using a new app called Plentiful during the pandemic, is a prime example.

Soon after the Covid pandemic hit New York in March of 2020, the lines outside Masbia, a kosher food pantry (that also operates soup kitchens) with three locations throughout the city, often snaked around the block, with more than 500 people waiting. Now only a few people are waiting at any given time. It’s not that demand for food has decreased dramatically: Masbia continues to serve an average of 400 families a day at each of its locations. What’s changed is that, as Masbia Executive Director Alexander Rapaport puts it, the “bread line has gone digital.”

Along with more than 200 food pantries in New York City (including several other Jewish ones), Masbia now uses Plentiful, an app that makes life easier for both food pantries and their clients. It's one of several new innovations in the field (including some experiments with digital ordering) using tech tools to streamline service delivery and respect client dignity. With Plentiful, individuals in need of food, can see what pantries are open near them and, in many cases, what food is currently available, then make an appointment for pickup, sparing them the embarrassment and inconvenience of standing in a long line.

Meanwhile, food pantries, which tend to operate on shoestring budgets with minimal staff, can communicate with clients, manage traffic flow, and collect needed data ahead of time. With Covid still a concern, it also allows for social distancing, protecting the safety of both clients and volunteers.

“If we know we’re going to have a staff meeting, we don’t book appointments during that time, or if we know we are expecting supplies or a lot of volunteers, then we can book more appointments for those times,” Rapaport explains.

Now clients can be in and out in less than 10 minutes, he says, adding, “It’s quicker than a bank.”

Developed by the New York City Food Assistance Collaborative, a coalition of public and private organizations working to alleviate hunger in New York City, and now operated jointly by City Harvest and United Way of New York City, the app works on Apple and Android phones, and a simplified version is available for clients without smartphones. It provides translation, enabling food pantries to send messages in nine languages.

“It is easy to use, and it makes intake fast and simple,” Rapaport says. “You can send reminders to the clients; you can even tell them, ‘There’s lots of produce today, so bring a wagon.’”

While he was initially skeptical that clients would use Plentiful, Rapaport said the app took off more quickly than anticipated, allowing Masbia to make almost all its food pantry distribution reservation-only.

“Some of our best pantries are at 60 to 75 percent reservations now and the rest are still walk-ins,” says Bryan Moran, Director of Dev Ops at Plentiful and Program Operations Director at City Harvest. “At Masbia it’s like 95 percent reservations. They’ve really embraced it, and they’re great partners.”

While Plentiful launched in New York, it is now available to food pantries (and their clients) throughout the United States. To learn how your community or agency can use Plentiful, email [email protected]