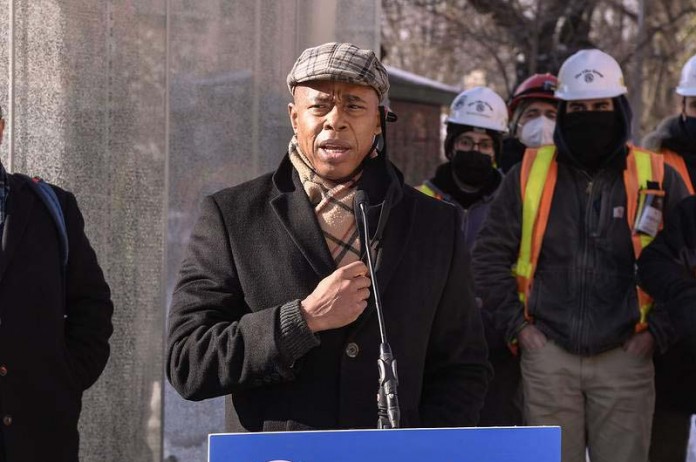 Adams issued the appeal during a visit to Jewish Food Media Conference that took place ahead of this week’s KosherFest trade show (Nov. 8-9) at the Meadowlands Exposition Center in Secaucus, New Jersey.

The media conference, held at a kosher Japanese restaurant in Manhattan, was attended by more than 100 Jewish writers.

The mayor also praised the work of the Masbia Soup Kitchen network while urging those attending the media conference to help fight antisemitism with food.

The two-day business-to-business trade fair, which focuses on the kosher-certified food industry, has been held each year for the past 33 years.