Read the article below written by Nancy Cutler published in Lohud. Our Masbia's ED Alexander Rapaport traveled to Spring Valley Village town to launch, in a press conference, the Haiti Relief campaign to bring relief to Haitians with food relief and monetary donations; also, members of Rockland County's Hasidic community announced a relief drive for Haiti after the devastating earthquake earlier this month.

SPRING VALLEY – Leaders from the Orthodox and Hasidic Jewish community gathered outside Village Hall Tuesday to announce efforts to help those in Haiti devastated by the recent earthquake and hurricane, a crisis made all the worse by political instability in the Caribbean nation and the ongoing COVID pandemic.

Political and nonprofit leaders from Rockland to Brooklyn are collecting more than $1 million worth of medical supplies, goods, and non-perishable food that is to be packed into containers and shipped to Haiti by Thursday.

The collections are going through Masbia, a feeding program that serves New York's Jewish community. Rockland County Haiti Relief, an umbrella organization for various Haiti-focused nonprofits, will send people there to help with distribution.

Items can be donated via masbiarelief.org/haiti. 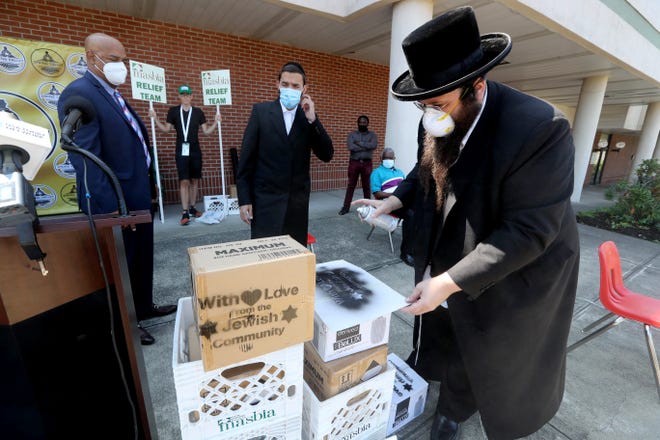 "This is a natural human response from people who are naturally human," said Meyer Tauber, whose company, Metrex Realty of Monsey, was helping with collecting items from large donors and getting them to Spring Valley for packing up into large containers. The containers are set to head to Haiti by Thursday.

Rockland County Legislator Aron Wieder and others explained the deep relationship between Haiti and the Jewish people.

In 1947, Haiti voted for the United Nations' partition of Palestine and the creation of the State of Israel, and the countries maintain full diplomatic relations.

COVID precautions: Rockland Dems split over the vaccine, the testing mandate for convention

In 2010, Israel was quick to respond to the January quake that hit near Port-au-Prince, quickly setting up one of the largest field hospitals in the country and sending a professional military relief team with a canine unit and evacuation and recovery experts.

The Rockland Orthodox and Hasidic communities stepped in then to help as well with donations.

Once again, state Assemblyman Simcha Eichenstein of Brooklyn said, "It's time for the Jewish community to be there for our brothers and sisters in the Haitian community." 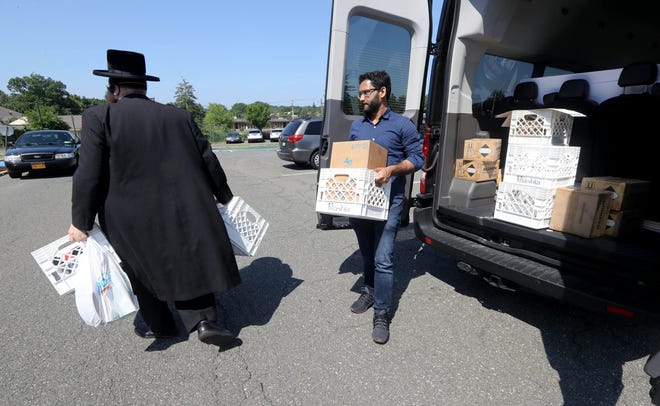 In Ramapo, though, the focus is often on divisions between the communities. This tension often plays out in the East Ramapo school district, where the school board is often seen as favoring the yeshiva community over the needs of public-school children, most of whom are Black and brown from working-class families.

But Moshe Schwab, who has lived his entire 63 years in Monsey, said the communities are both established in the area.

Schwab, the administrator of Yeshiva Degel HaTorah, said his building is located on Maple Avenue, around the corner from the French Speaking Baptist Church of Spring Valley on Madison.

"We share a parking lot," he said. "We are good neighbors."

Bibiane Sykes, past president of Rockland County Haitian American Nurses Association, and current HANA President Christel-Ann Augustin also plan to go to Haiti as soon as next week. Tuesday's gathering, Augustin said, demonstrates how all can "come together for the common good."

Sykes, a nurse educator at Mercy College in Dobbs Ferry, grew up in Les Cayes, the southwestern region where the earthquake hit. She said although Les Cayes itself is Haiti's third-largest city, many of the small villages in the outskirts are quite rural.

Sykes and Augustin will collect medical treatment and help distribute items on a trip to Les Cayes next week as Haiti continues to struggle to meet the needs of the wounded. The death toll from the quake has topped 2,200.

Both nurses said they are well aware of the risks from COVID in a place with so little vaccine access. They will take precautions, Sykes said, but "they need us."

Augustin added that no matter the hurdles, they have to go. "Haiti," she said, "made us who we are." 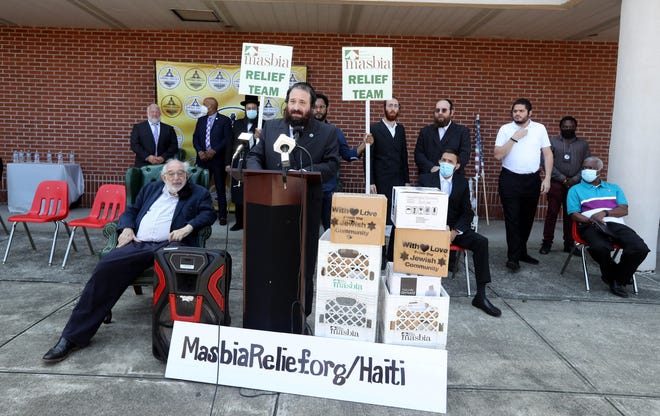 Wieder noted that the effort comes as the Jewish community prepares for the High Holy Days that start Sept. 6 with Rosh Hashanah. The holiday period often referred to as the "Days of Awe," provides a time to reflect on any transgressions and seek forgiveness. It is a time to do better.

"It's very simple," Masbia Executive Director Alexander Rappaport said. "There are people not far away from here, in need. It's the giving season."