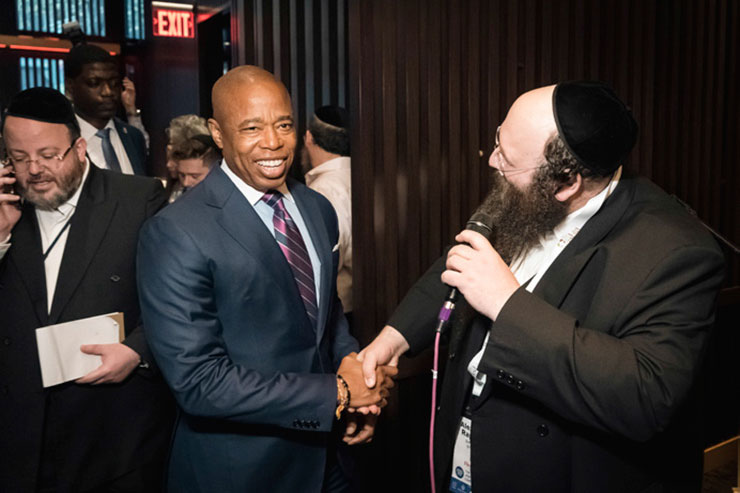 NYC Mayor Eric Adams made a surprise visit to the 9th annual Jewish Food Media Conference, a gathering of food critics and Jewish media influencers, where he declared, “Food is powerful.” The mayor noted how individuals often define themselves by their foods, like the Jewish community’s pride in a vast array of kosher offerings. The mayor himself is on a plant-based diet that he has claimed has saved his life. He has stated, “I aspire to be plant-based 100 percent of the time,” noting that he has occasionally dabbled in fish delicacies. At the event, the mayor signed copies of his work, Healthy At Last: A Plant-Based Approach To Preventing And Reversing Diabetes.

The event, sponsored by Masbia Soup Kitchen Network, took place this past Monday evening at Sen Sakana, a Manhattan Japanese eatery. Annually, the program occurs in the days ahead of KosherFest. Mayor Adams praised the work of Masbia and encouraged the audience to assist him by using food to stand up to antisemitism and AAPI violence through a program he used as Brooklyn Borough President: Breaking Bread, Building Bonds. The program, which now has a goal of 1,000 sit-downs, promoted 10-person dinners with attendees of various backgrounds and ethnicities. “If we want to stop the increase in hate crimes, it is going to start with something as simple as a conversation.” The mayor touted dinners in the Jewish community that highlighted the purpose of a sukkah, and High Holiday services. “Food is the power for how we stop being afraid of each other. If we share a meal together, we are more likely to share our city together.”

The mayor directed comments at Alexander Rapaport, CEO and Executive Director of Masbia, “During difficult times you should not lose your dignity because you did not eat dinner,” said the mayor. “Throughout the years, Masbia has responded whenever people were in need.” The mayor was referring to initiatives like Masbia’s presence throughout COVID, and at a January Bronx fire affecting the African American Diaspora community from Gambia where 17 perished. 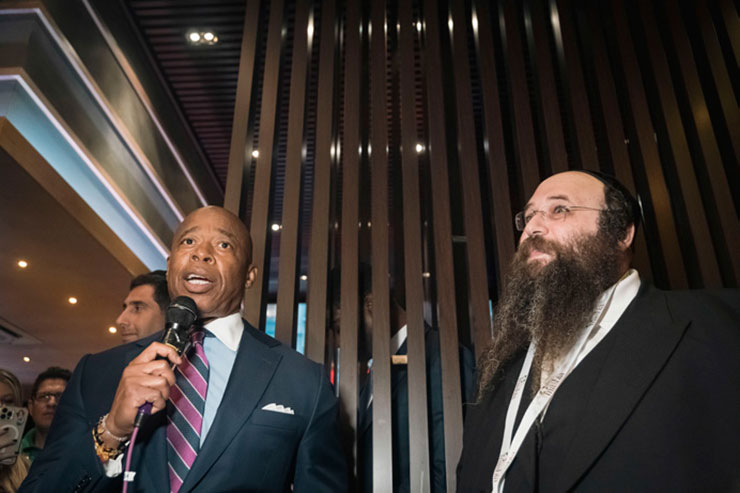