Masbia in the Bklyner.: Masbia’s Brooklyn Soup Kitchens To Double in Size To Meet Unprecedented Demand

Read the article below written by Billy Richling, in the Bklyner., about Masbia Soup Kitchen Network increasing the size of its stores due to the highest request for food ever seen before. Now, the exorbitant demand requires more space to stock supplies.

Masbia, the Borough Park-based soup kitchen and food pantry network that distributes kosher hot meals and emergency food packages, announced yesterday it would double the size of its Brooklyn locations.

Masbia’s executive director Alexander Rapaport said the organization’s Flatbush and Borough Park locations would expand into nearby buildings to meet a “500% increase in demand” since the start of the coronavirus pandemic.

“Before the pandemic, food items lasted for over a month,” Rapaport wrote. “Now, they’re gone in a matter of days. Keeping up with supply has become not only a matter of resources but of logistics. So in addition to now ordering way more food, we will at least have somewhere to put it when it arrives.”

“This also will enable us to do a lot more food rescues,” he continued, “which means get more donated food and stretch our charity dollars even more by buying food by the container-load.”

Rapaport said the resulting expansion would approximately double the square footage of both sights. A third, larger location in Forest Hills, Queens, will remain at its current size.

“The increased space will be used to help us with the huge challenge of food inventory and eventually enable us to begin serving ready-to-eat meals indoors,” Rapaport wrote in a post announcing the expansion.

Since the pandemic began last March, Masbia has transformed its dining rooms into warehouses to store truckloads of food. The nonprofit commandeered nearby sidewalks and parking spaces and transformed them into an outdoor dining room, a makeshift loading dock, and a line for clients picking up to-go meals. 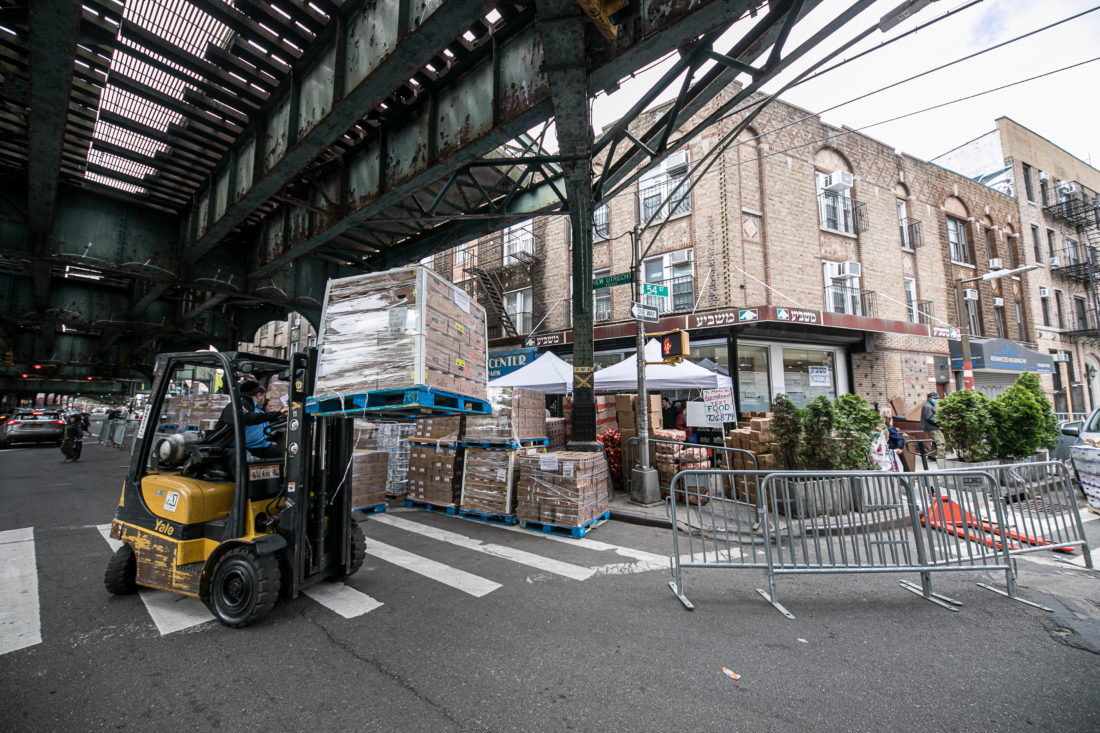 That strategy was sufficient in the early months of the pandemic, Rapaport told Bklyner, when many adjacent businesses were closed and there were relatively few people on the streets. Now, “to be a good neighbor,” Rapaport said, Masbia wants to move some of those operations back indoors.

The organization has made other changes to reduce its impact on the surrounding area: it set up a reservation system for pick-up appointments and has kept its locations open 24 hours. It has also nearly tripled its staff size, to about three dozen people. Masbia, which in 2019 had a budget of about $1.65 million, receives funding from the city and state, but Rapaport says private donations are the “backbone” of the organization. 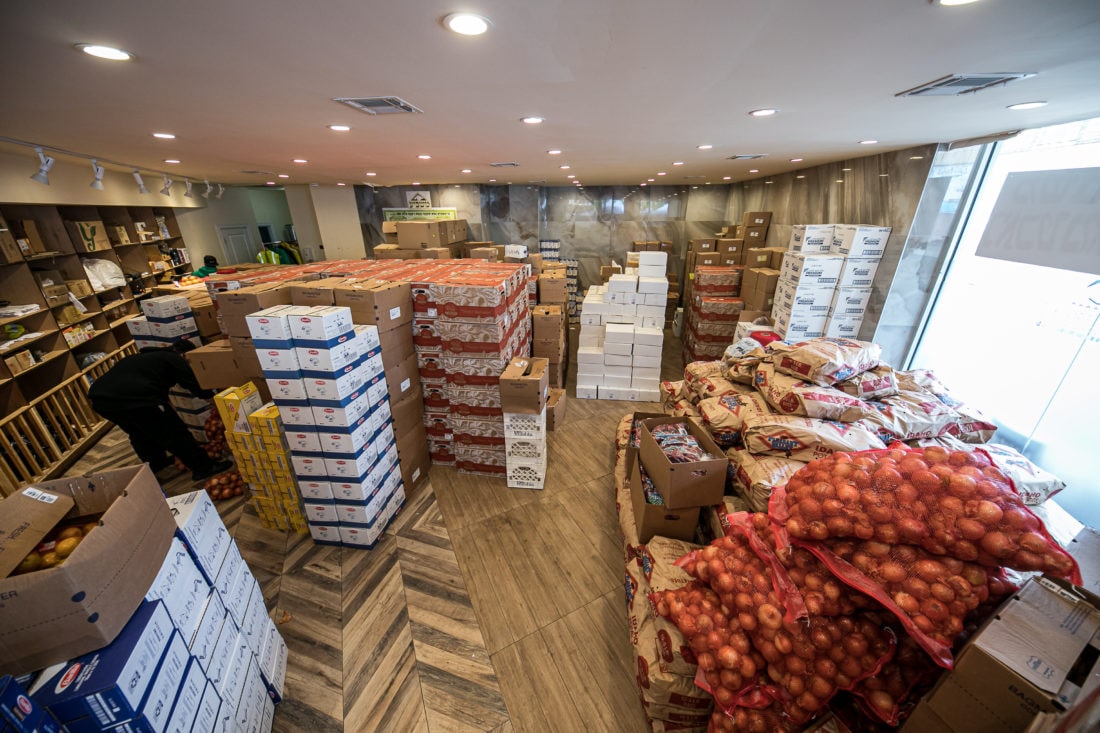 He also said he’d noticed a marked increase in need from immigrant families who were unable to access more formal government assistance programs. Appointment data shows a large uptick in appointments from the 11220 Zipcode in Sunset Park, a community that is primarily Asian and Hispanic.

Masbia hopes the added space will enable it to meet some of that demand as the year continues. First comes the holiday of Purim, at the end of February; Masbia just received a shipment of 126,000 hamantaschen cookies it will distribute in advance of the holiday.

Then, the space will be used to store food packages for Passover in late March, traditionally the busiest time of the year. Rapaport estimates the Passover season accounts for as much as 25% of Masbia’s total food distribution annually. The first delivery of about 600 boxes of matzah is scheduled for as early as this Friday.

After that, the locations may be converted for limited indoor dining, Rapaport says, “to accommodate seniors or homeless who can’t take a meal home, or don’t have an easy way to warm up food.”

Given the uncertainties of the city’s post-pandemic future, Rapaport is hesitant to predict exactly what will happen after that. But he says the added capacity will make Masbia better prepared to handle whatever comes next.

“People ask me what I do,” Rapaport said. “I tell them I master randomness.”