Masbia in the Bklyner.: Masbia Soup Kitchen Celebrates The First Night Of Hanukkah During Covid-19 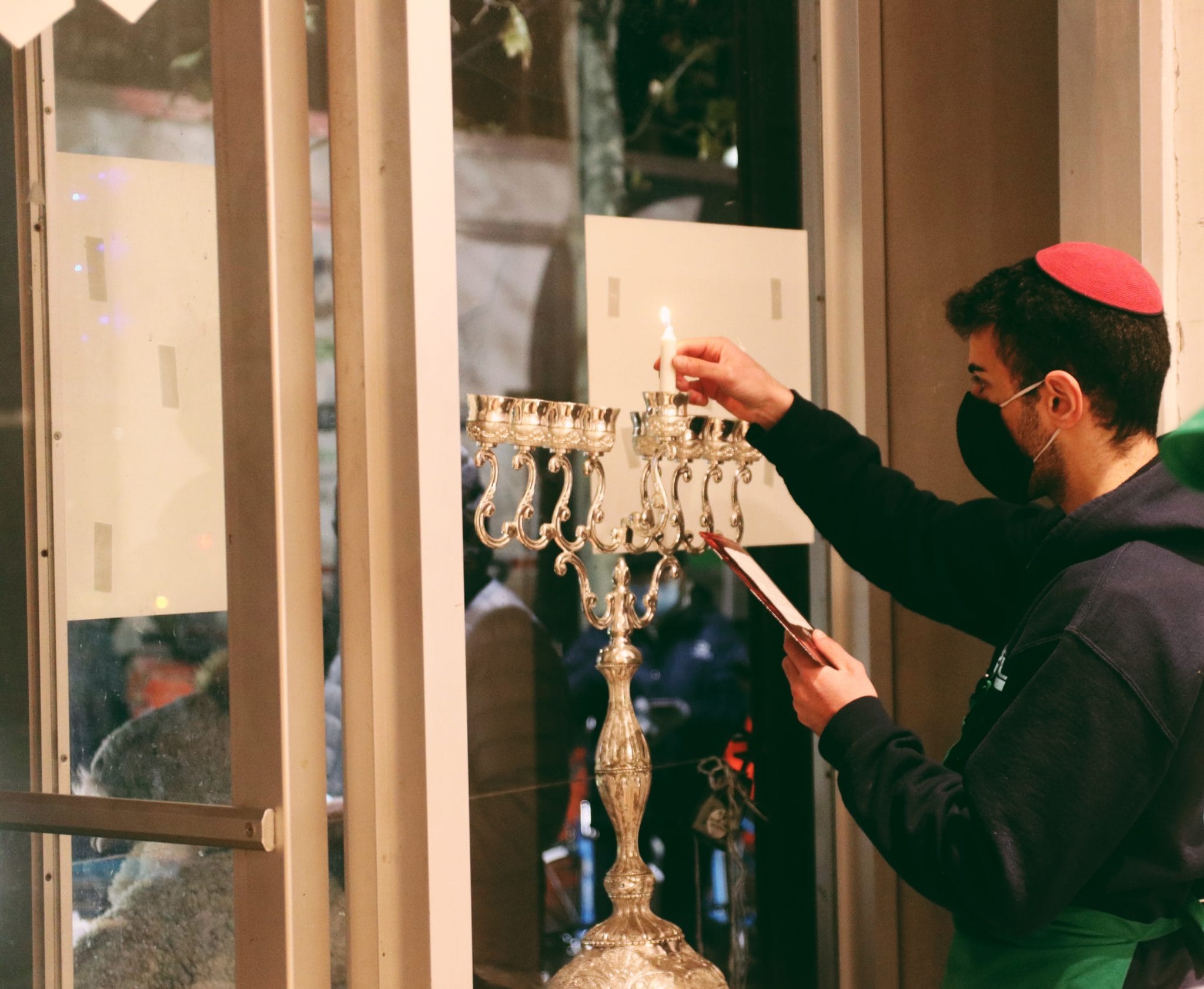 Read the story below, written by Zainab Iqbal, in the Bklyner., about Masbia's effort to keep giving out traditional Hanukkah food. Alexander Rapaport reminds us of the importance of giving people back their dignity.

Happy Hanukkah! The eight-day Festival of Lights, which began at sundown last night, is observed by lighting the menorah, special prayers, and eating fried food.

Hanukkah is a time celebrated amongst family, and many families are not able to be together because of the pandemic. One of the most special parts of the celebration is lighting the menorah. The menorah holds nine flames, one of which is used to light the other eight lights. Every night one more flame is lit. By the eighth night, all of them are kindled. 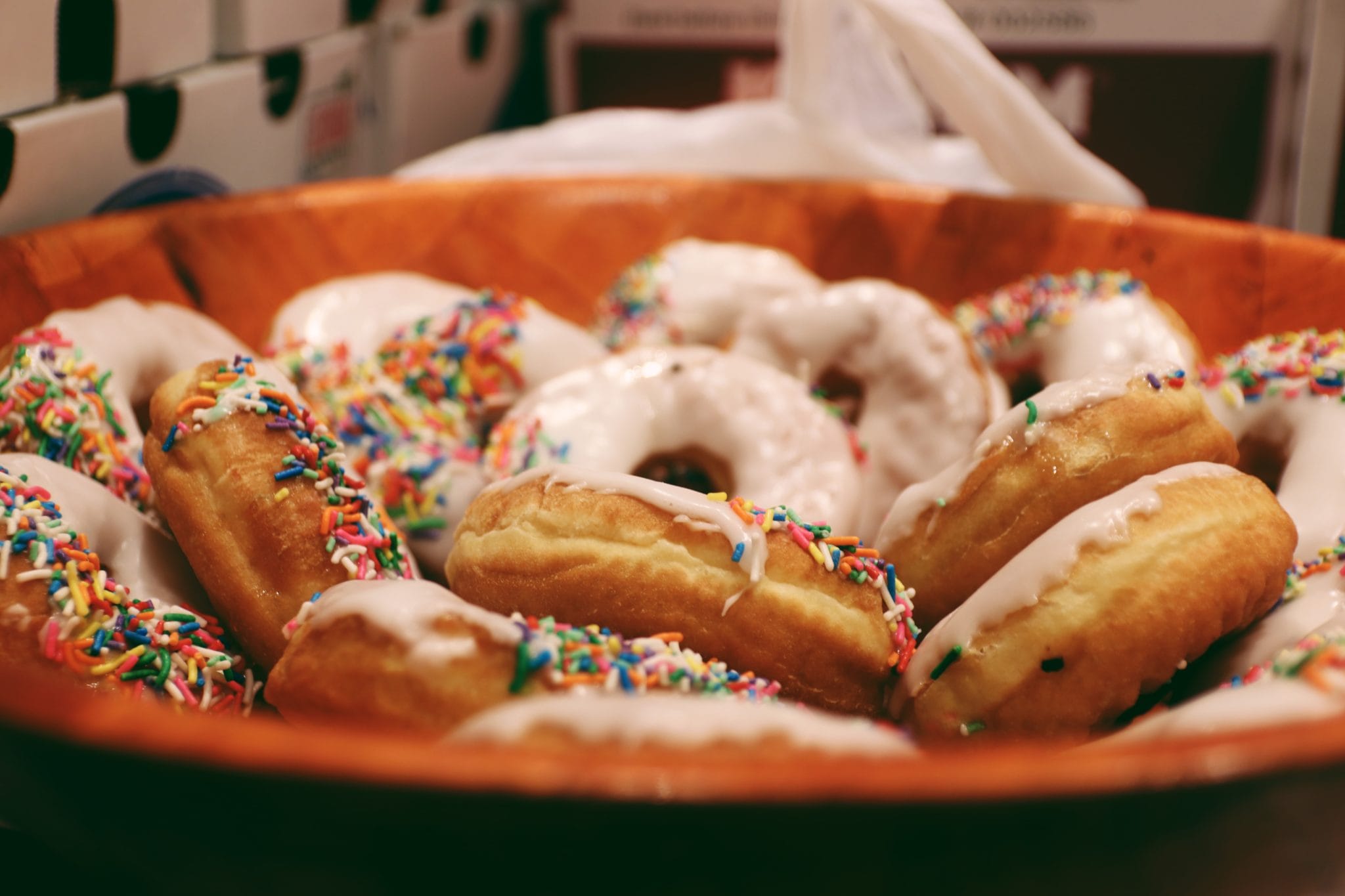 The Masbia Soup Kitchen had its own menorah lighting ceremony yesterday evening. Located at 1372 Coney Island Avenue, Masbia has transitioned into a 24-hour emergency food distribution center in order to keep up with the high demand caused by the pandemic. According to Alexander Rapaport, the executive director of Masbia, being open 24 hours allows Masbia to “stagger family food pick-up throughout the day and night by using a digital appointment system. Nearly 500 families now pick up food packages every day, but the breadline is almost invisible— it’s a digital breadline.”

“It’s important for us to keep up with the demand,” Rapaport told Bklyner, “but it’s equally important to give people back their dignity and also equally important is to be good neighbors so the local mom and pop store owners in the neighborhood can get somewhat back to normal and not have a breadline covering the block.” 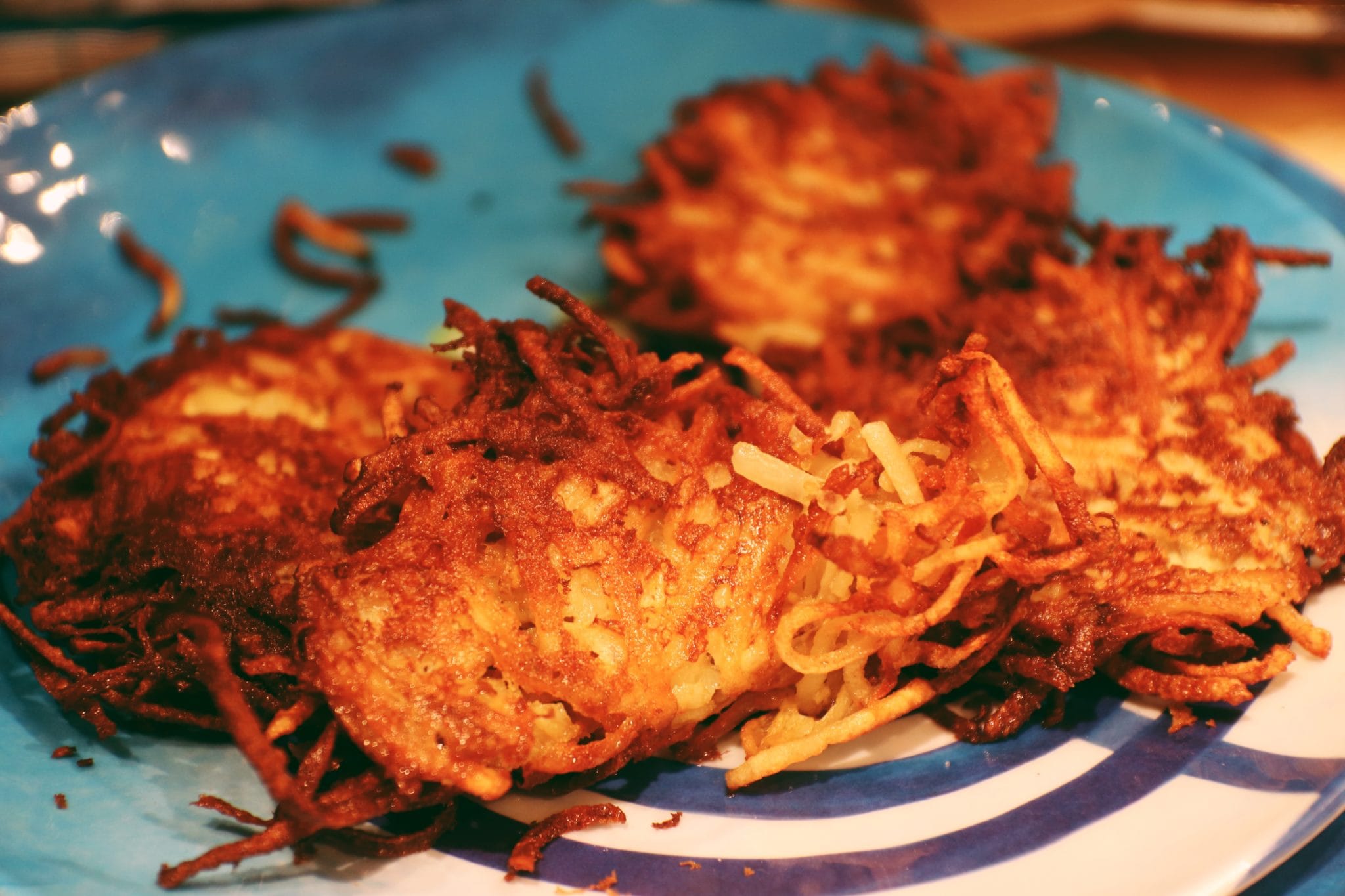 For Hanukkah, Masbia is giving out traditional Hanukkah food such as lots of oil, potatoes, eggs, and dairy. In the past years, they used to serve doughnuts as dessert every night of Hanukkah, but now that everything is to-go, the doughnuts are skipped and are just handed out from time to time.

“We always tried to have some special event where volunteers would come, have some music, and have families come in and enjoy; something like a Hanukkah party. We tried to have it every year, this year we’re not doing it. Last year, we had families of single mothers come to the Masbia Flatbush one night and it was nicely set up and gave them a little bit of sense of a home Hanukkah party.” 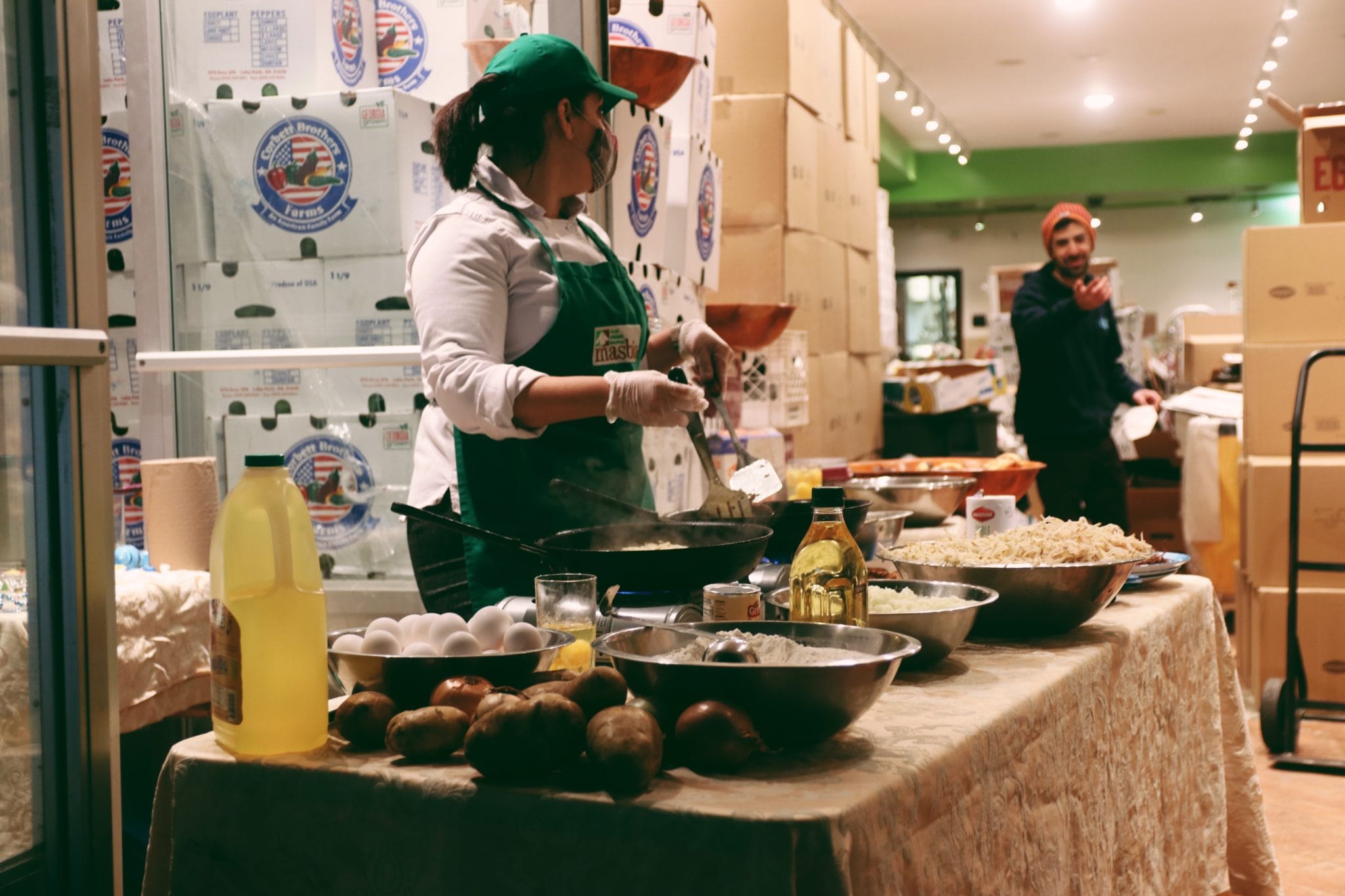 “As you saw yesterday, we did try to do something semi-outside where we are giving out some doughnuts and latkes and lighting Hanukkah candles by the window just to give people a little bit of flavor of Hanukkah. So we didn’t give up yet. There’s still a bunch of days next week to go so we will try to here and there have some cheering up the lines and giving out little Hanukkah treats.”