Masbia in the Boro Park 24: Masbia Soup Kitchen Network Now Open 24 Hours a Day Due to the Pandemic

Read the article below written by Laura Allen, in the Boro Park 24, about Masbia Soup kitchen Network opening 24 hours for five days each week due to the unprecedented 500% increase in demand because of the Covid-19 pandemic.

Masbia Soup Kitchen Network is now open 24 hours for five days straight each week. Moving to an appointment system and being open 24 hours is a good way to give people back their dignity, safety, and time since they won't have to wait for hours on line. November begins the ninth month of the COVID-19 emergency food relief at Masbia Soup Kitchen Network. Due to the unprecedented 500% increase in demand since the start of the pandemic, the breadlines have been snaking around the block with hundreds of people on the lines at each of the Masbia locations. By operating for 24 hours and staggering appointments throughout the day, the lines are almost nonexistent, even though Masbia is actually serving even more people.

Since March, Masbia has served over a quarter of a million ready-to-eat "to go" dinners and distributed more than 100,000 pantry packages of raw food ingredients - the equivalence of another five million meals. While the line for to-go package dinners moves rather quickly, the line for raw food ingredients - which can weigh anywhere from thirty to one hundred pounds - takes much longer. Masbia started using an app designed for food pantry appointments, known as Plentiful, and transitioned from a first-come first-serve pantry system to an appointment-only system.

The Plentiful app, which was created with the backing of The Helmsley Charitable Trust, allows clients to schedule appointments by using an android app or via text message. By the end of August, Masbia had fully transitioned into an appointment-only line for the food pantry, while keeping the faster moving line for "to go" dinners on a first-come first-served basis.

For the ready-to-eat dinners, everyone is eligible to come every day. For the pantry, however, it is only once a week, and with the massive increase in demand, there were five times the amount of people seeking appointments than the number of appointment slots that were able to be posted each week! This resulted in a lot of confusion with the usage of the appointment system. To better assist with that issue as well as with clients who are not particularly "tech-savvy", Masbia hired a call center that responds to calls from people seeking help and coaches them on how to use their cellphones to make an appointment.

"We have experienced an even greater uptick in demand now that some government benefits have expired. Therefore, making sure that everybody who needs food gets an appointment is very important. For people who don't have a cell phone, it will still be a challenge, but at least they can still receive the ready-to-eat meals, which tend to be a priority for our seniors", said Alexander Rapaport, Executive Director of Masbia Soup Kitchen Network. "The reduction of people waiting on the breadlines outside is much appreciated by our neighbors and gives them a small sense of normalcy. However, the sad truth is that the demand is even greater. The breadline is just more of a digital one in the app instead of a physical one on the sidewalk", Rapaport added.

It is only fitting that Masbia would announce the expansion of their hours this week as it is the week that Jews study the Biblical story of how the patriarch Abraham and matriarch Sarah fed the three angels at their table, with the lesson being the extreme measures they took to help ensure people didn't go hungry. Masbia has founded itself as following in the footsteps of Abraham and Sarah. The icon in the Masbia logo depicts the four-doored tent that they had where tradition has it that they opened their doors to guests coming from all four corners of the world. Now, during the pandemic, when safety requires them to operate outdoors, Masbia uses tents to maintain a level of safety while keeping up with the increased demand.

“Even as the City has reopened, the need for access to food remains very high, and people in need don’t always follow a 9-5 schedule. I want to thank the team at Masbia for their creative approach to addressing hunger with the opening of this 24-hour soup kitchen. We stand with them in their efforts to help those in need,” said Kate MacKenzie, Director of the Mayor’s Office of Food Policy

“Having the Masbia Soup Kitchen Network now open 24 hours with an appointment system will be a major boost for the community and those that are in need of food,” said State Senator Joseph P. Addabbo, Jr. “With the COVID-19 pandemic still affecting our communities, it is imperative that we are able to provide for those in need. By being open 24 hours and creating an appointment system, Masbia will be able to help more people get the food that they need and do it in a safe manner. I would like to thank everyone at the Masbia Soup Kitchen Network for their tireless efforts in keeping the community fed, especially during this difficult time of COVID.”

“I commend Masbia on its new five day, 24 hour soup kitchen and appointment system which will benefit more families from Queens,” said U.S. Rep. Grace Meng (D-Queens). “These additions to its array of food assistance services will allow individuals to plan their day accordingly without fear of missing a meal. Since this national health crisis began, Masbia has found creative solutions to ensure that no family goes hungry and I thank them for all they do to help feed New Yorkers.”

"It's heartbreaking that this is necessary. But the need has become so great that we could not continue operating like we did even a few months ago. Our mission is not simply to feed people in need but to do it with dignity, and there is no dignity in waiting in line for hours just for basic groceries," said Adam Hofstetter, Board co-Chair of Masbia Soup Kitchen Network

" It is impossible for most of us to imagine how terrifying it is not to know how you will feed your children, today, tomorrow, for the rest of the week.  Masbia feeds hundreds of families and seniors every day with kindness and dignity.  Real food for real people in desperate need," said Naomi Wolinsky, Board Treasurer of Masbia Soup Kitchen Network

"Masbia is always there for the people in our community who need it most. This expansion to twenty-four-hour operations is going to greatly expand the number of people who can utilize services. As I have seen for the last many years, Masbia is truly irreplaceable in their service in feeding people who are in need," said Assemblyman Simcha Eichenstein. 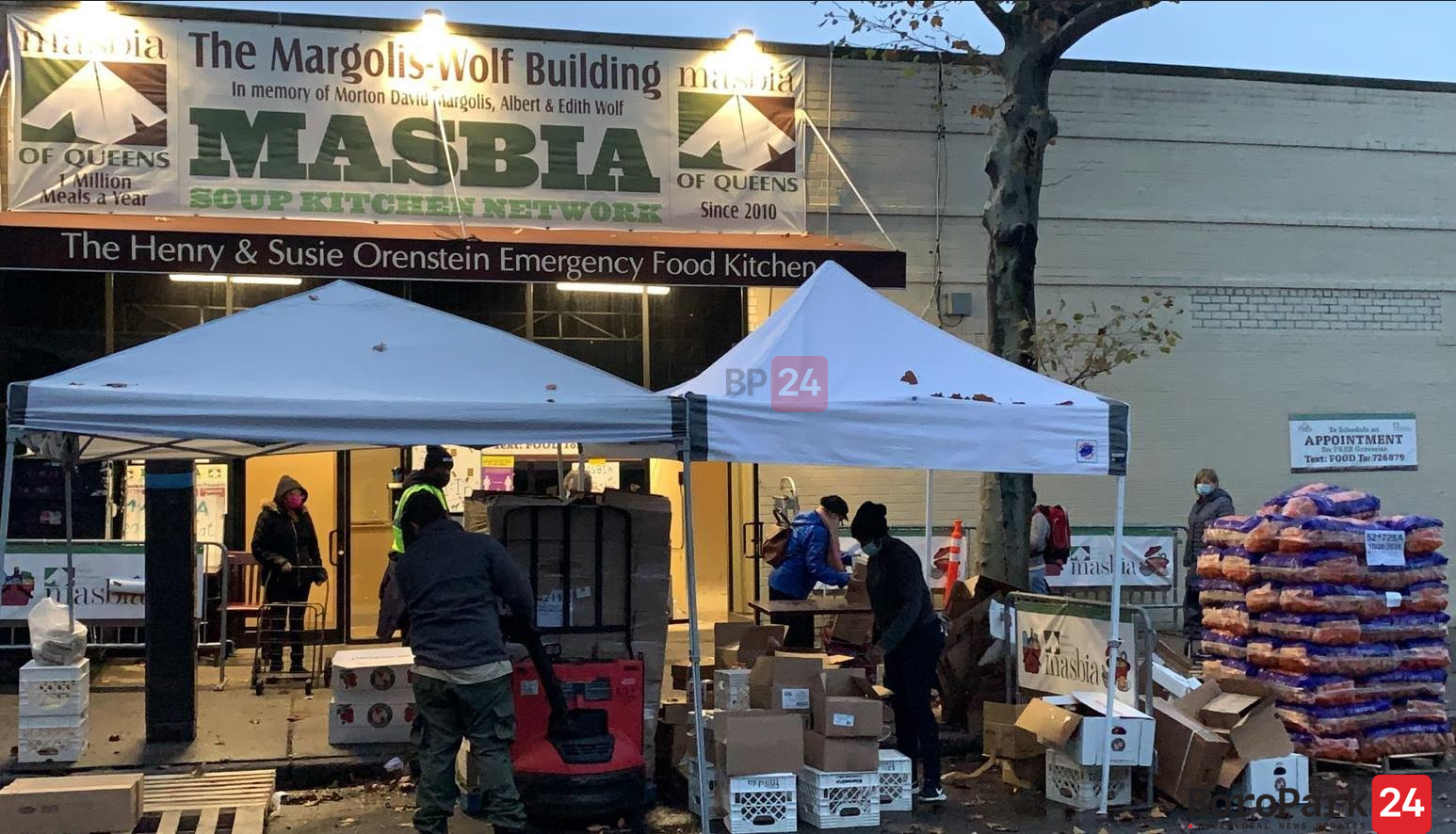 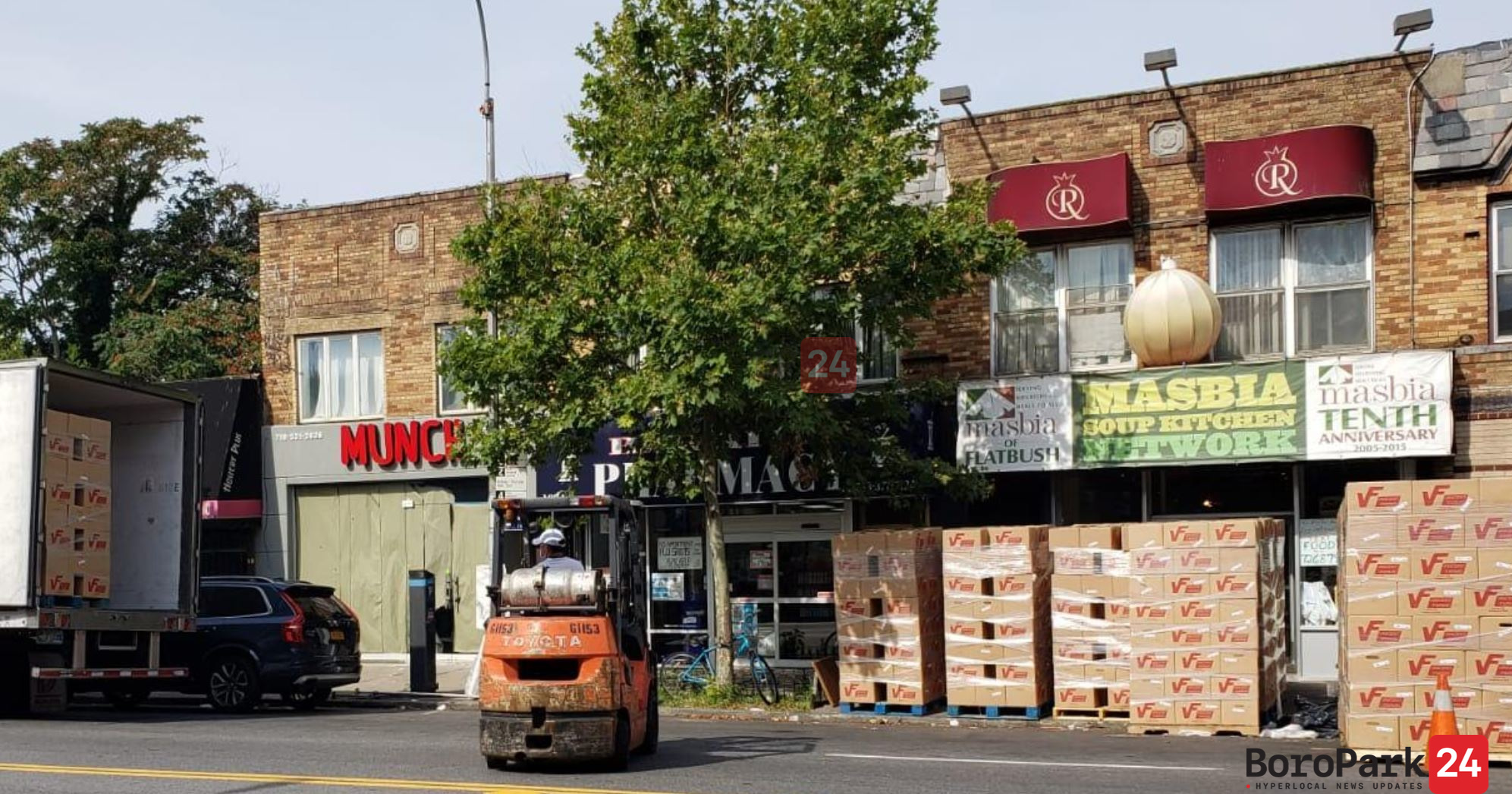 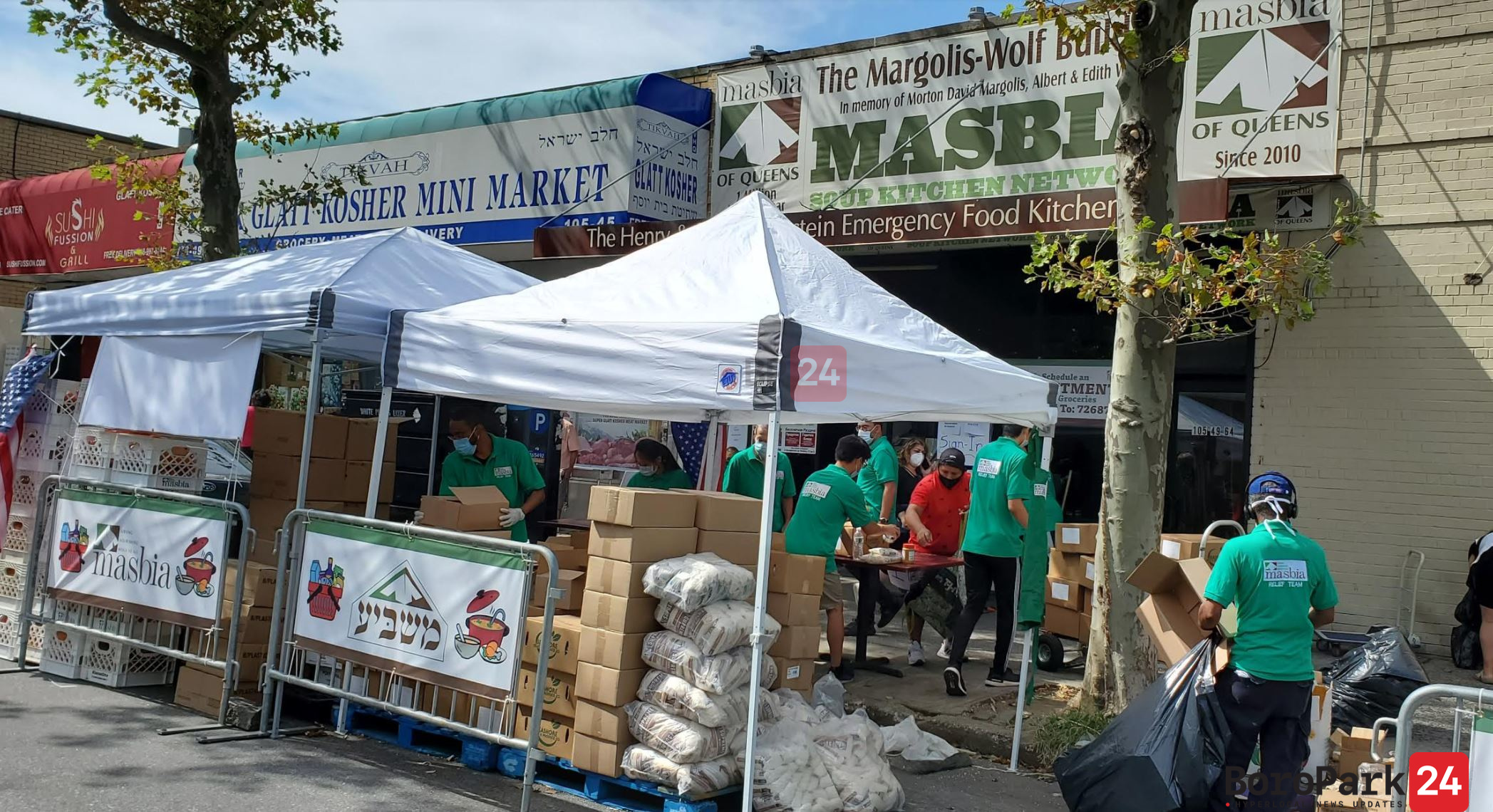