Masbia in The City: With Hunger Growing, Brooklyn Food Pantries Look to Expand Before Passover 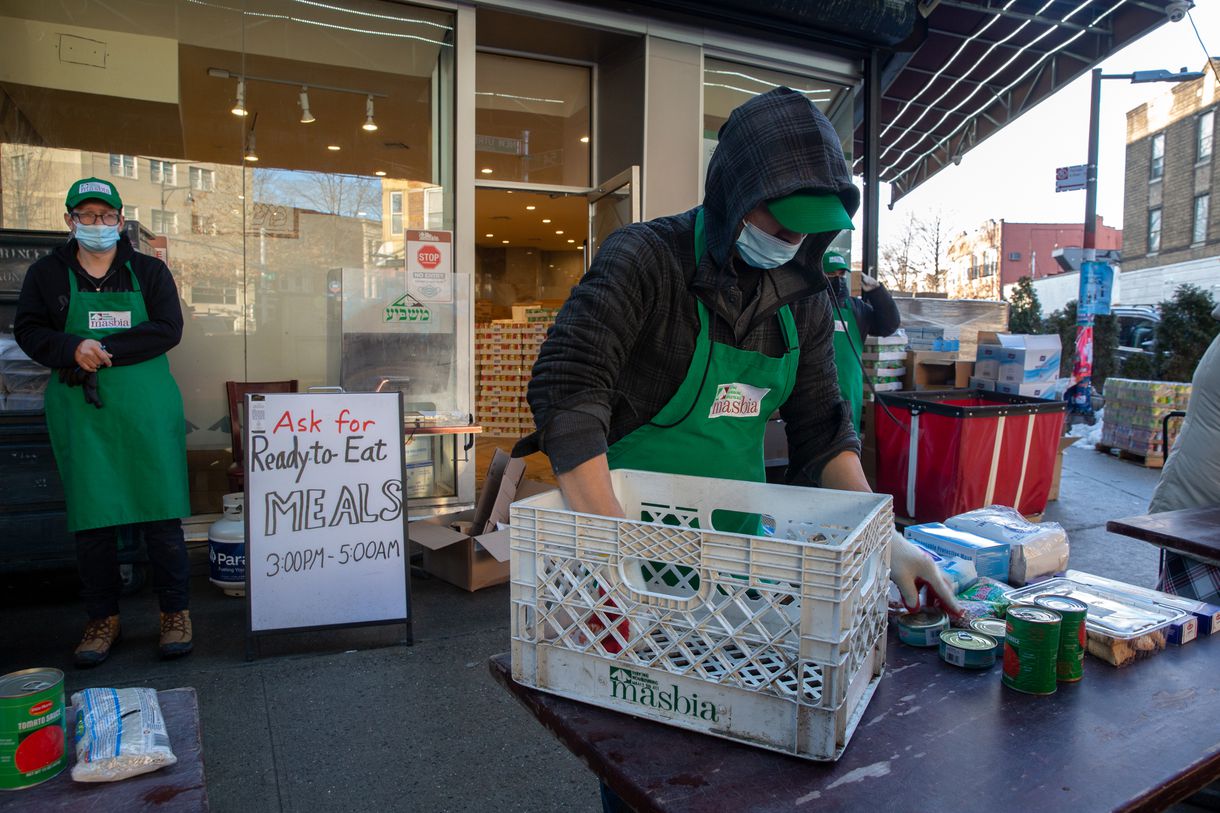 Read the article below written by Gabriel Sandoval, in The City, on how as a consequence of the increased demand of people in need looking for food at Masbia Soup Kitchen Network, the soup kitchen has to expand its locations, a mission that ED Alexander Rapaport is willing to accomplish before Passover.

Sunset Park resident Marcelino Cabrera lost his construction job just before the pandemic, after getting hit by a car on his walk to work.

Still unemployed, he’s relied on a Borough Park food pantry to feed his wife and three children for the last six months.

“All the people here work really hard to make this possible,” Cabrera, 41, said standing in front of the pantry on New Utrecht Avenue, holding a grocery bag and box of fruits and vegetables. “I say thank God, and thank all of you, because this is a real help.”

The location is one of a network of food pantries and soup kitchens run by Masbia, a nonprofit dedicated to feeding those in need. 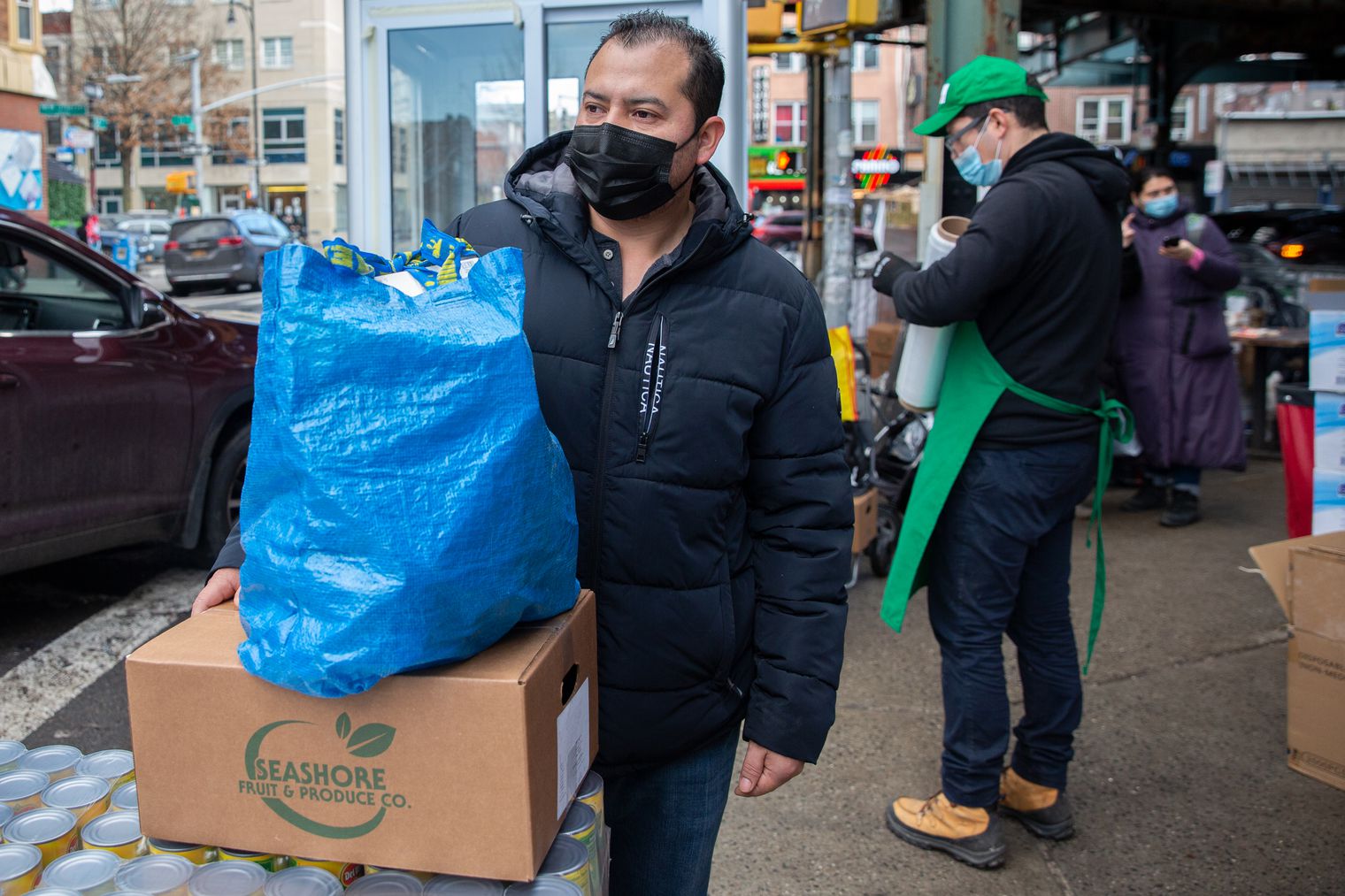 With demand remaining high a year into the pandemic, Masbia, which operates around the clock, five days a week with two pantries in Brooklyn and one in Queens, is expanding its capacity to serve.

Last weekend, the nonprofit signed leases on two properties near its Midwood and Borough Park locations, and is now preparing to use them mostly as food storage sites.

“Opportunity is definitely the biggest factor here,” said Masbia Executive Director Alex Rapaport, explaining that he got a “crazy good deal” due to the pandemic’s devastation of the commercial rental market. 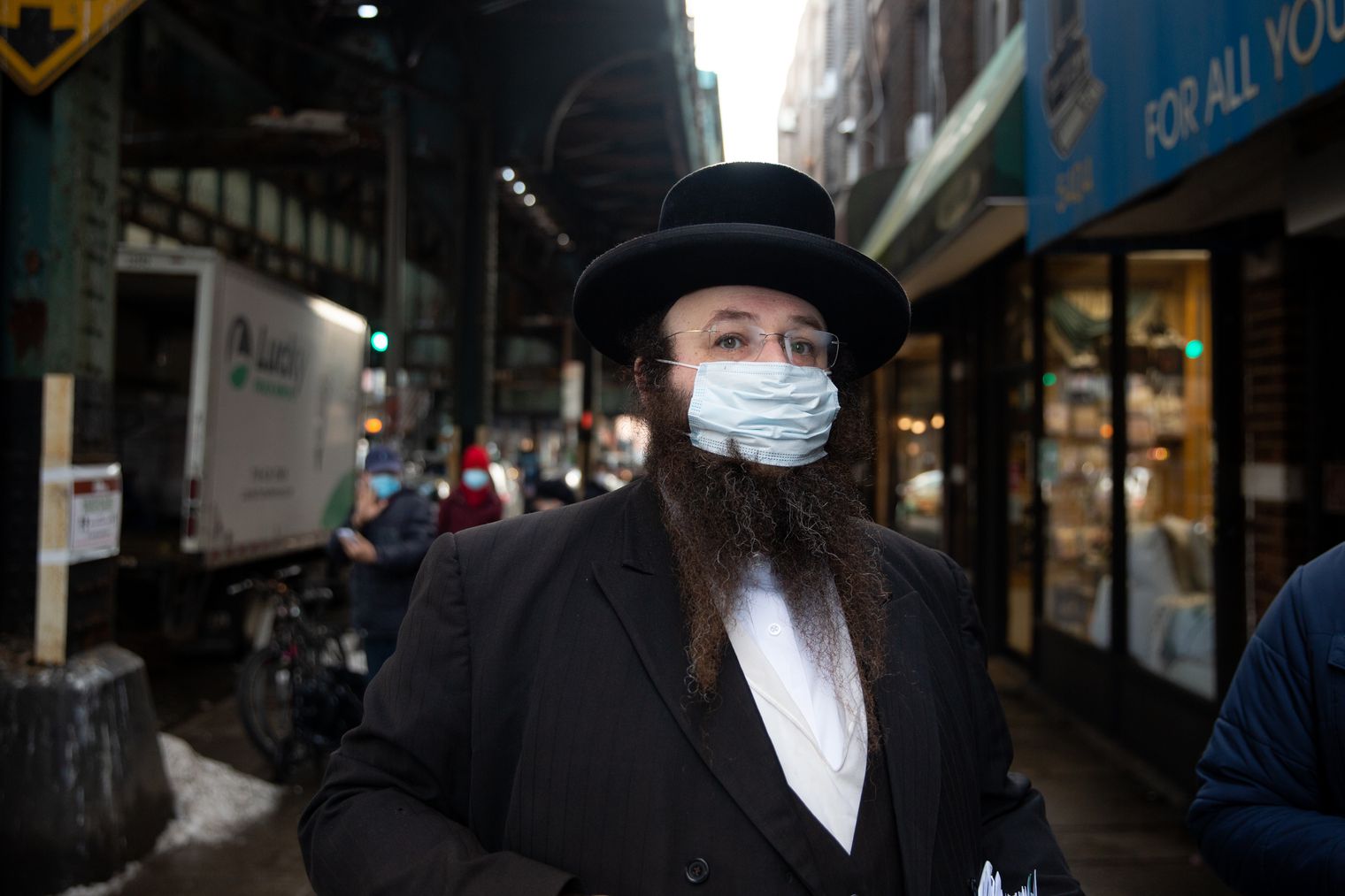 Previously, when storage space ran out at Masbia’s facilities, food pallets stacked up on sidewalks and backed up the supply chain. The overflows and long lines weren’t an issue early in the pandemic when businesses shuttered and the city largely hunkered down, he said.

But as businesses reopened and foot traffic increased, the lines and sidewalk storage became disruptive.

Next door to the Borough Park site, Masbia will take over what had been a store where hearing aids were sold. A synagogue is situated between the current Midwood site on Coney Island Avenue and the new property, which used to be a clothing store. 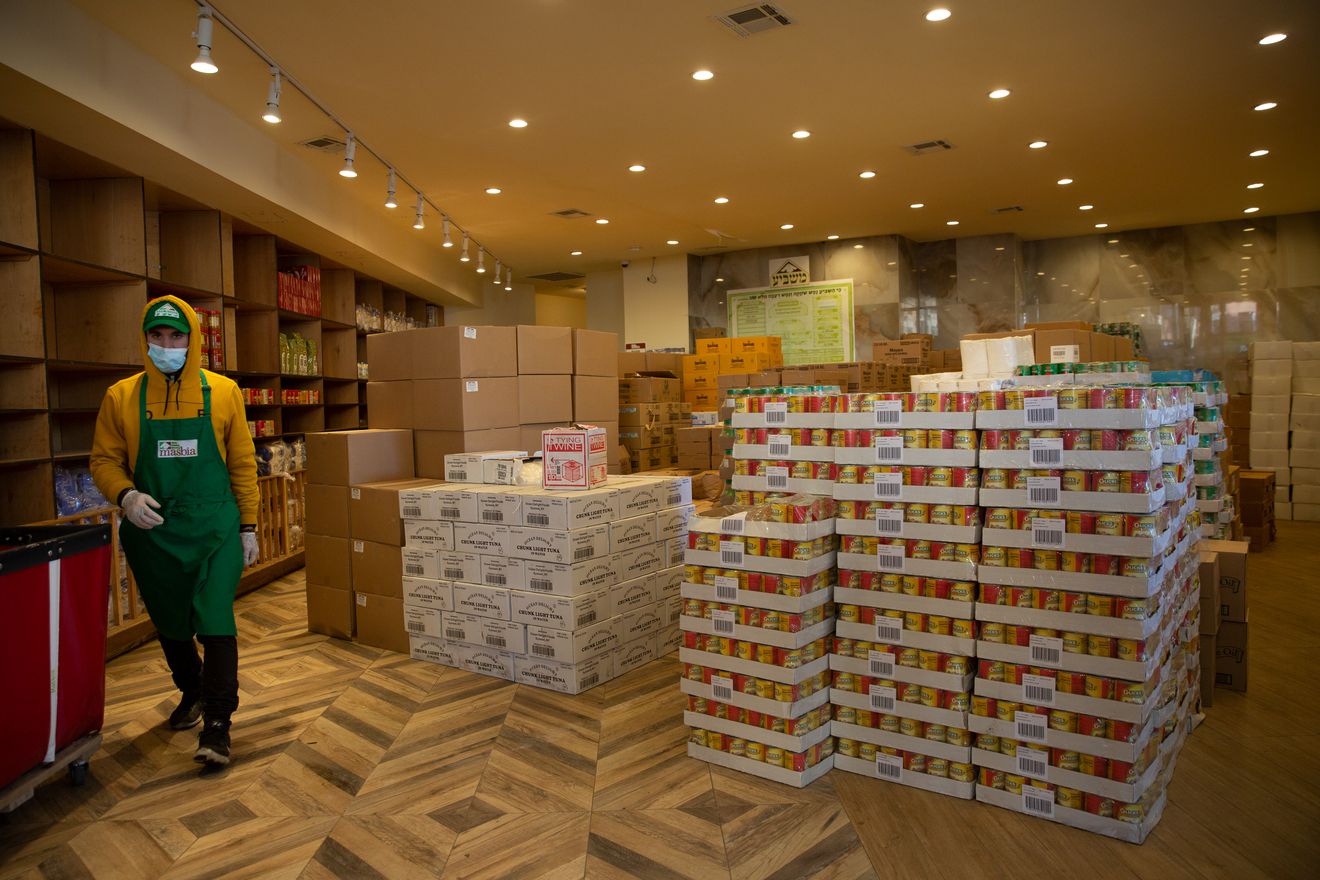 The expansion comes as Masbia gears up for Passover, which lasts from March 27 to April 4. Traditionally, it’s one of the pantry network’s busiest times of the year, Rapaport said, accounting for 25% of the nonprofit’s annual food distribution pre-pandemic.

Masbia’s food pantries have seen a 500% increase in demand since the pandemic started, Rapaport said. As soon as food comes in, it goes out the door, he said.

Food insecurity affects an estimated 1.6 million people across the five boroughs, up by 400,000 from before the pandemic, according to Laura Feyer, a spokesperson for Mayor Bill de Blasio.

“A few weeks ago, I ordered a trailer load to each location of rice and oatmeal, and by the end of the week, it was gone,” said Rapaport. 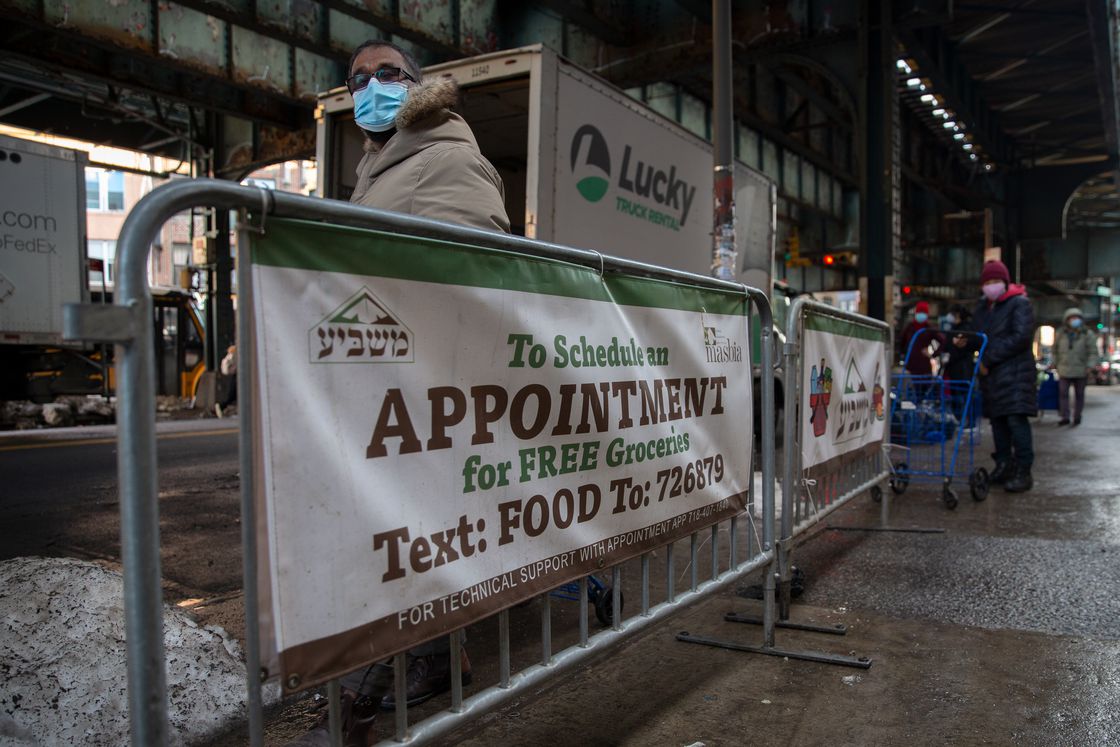 Now, people come at their scheduled times. More spots are available at night when foot traffic is down and the line is less disruptive, Rapaport said. Ready-to-eat meals can still be picked up without an appointment.

“It’s a massive failure of public policy that charities even have to expand because 50 years ago we didn’t need them because people were paid more of a living wage,” Berg said.

Berg noted that a hunger crisis was already in full swing before COVID-19 hit, but the past few months exposed and exacerbated the problem.

‘The People Need It’

Juli Pineda has been coming to the pantry for seven months.

“It’s helped me a lot because right now with the pandemic, you know, I don’t have a job. So the food is good,” said Pineda 38, who lives in Coney Island with her husband and three children. “The people need it.” 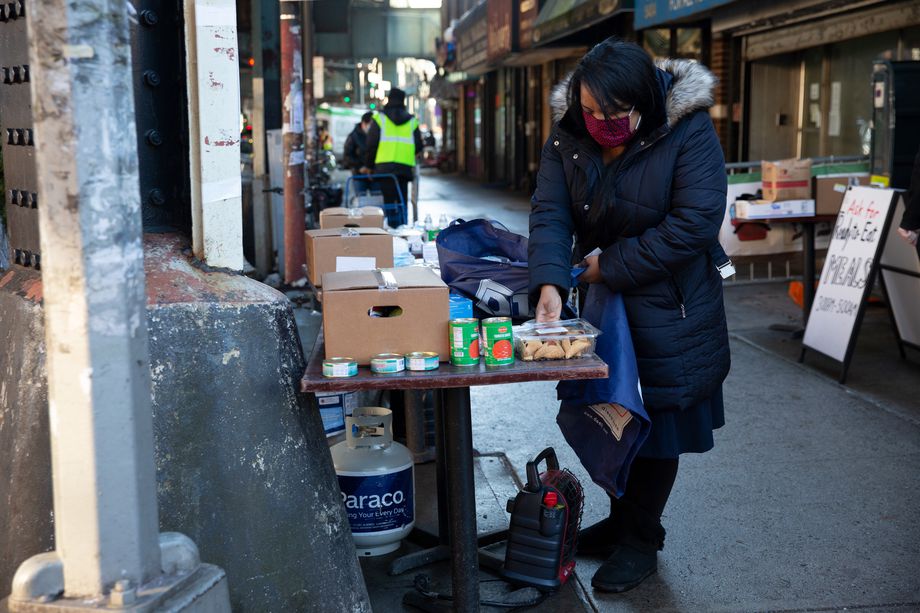 Pineda lost her job as a housekeeper and encourages others who need food to come.

The food offered comes from a variety of sources, including city and federal governments and private donors.

Shimon Posen delivered boxes of bread to Masbia’s Borough Park site on Tuesday. He said he drives around the city picking up food near their expiration dates at places like schools and restaurants, then delivers it to more than 10 pantries per day. 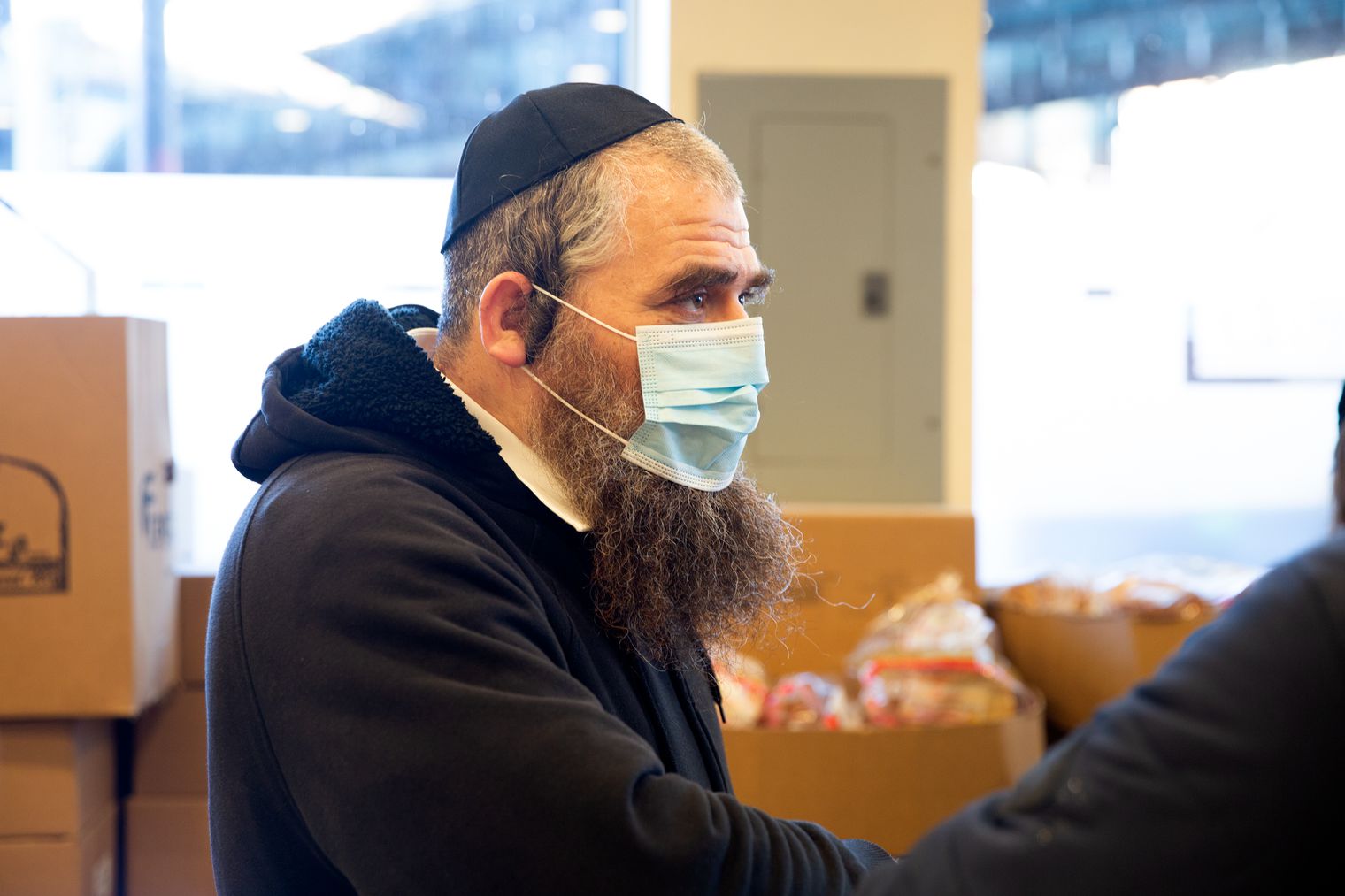 “There’s a lot of food going to the garbage, and there’s a lot of food that people can use,” Posen, who said he’s been rescuing food for more than 25 years, told THE CITY. “All we need is matchmaking, the guy who takes it from point A to point B, and I’m trying to do that as much as we can.”

He added, “Before you throw out food, think about poor people who don’t have food to eat.”

See below photos of reporter Gabriel Sandoval and photographer Ben Fractenberg of The City at Masbia of Boro Park: 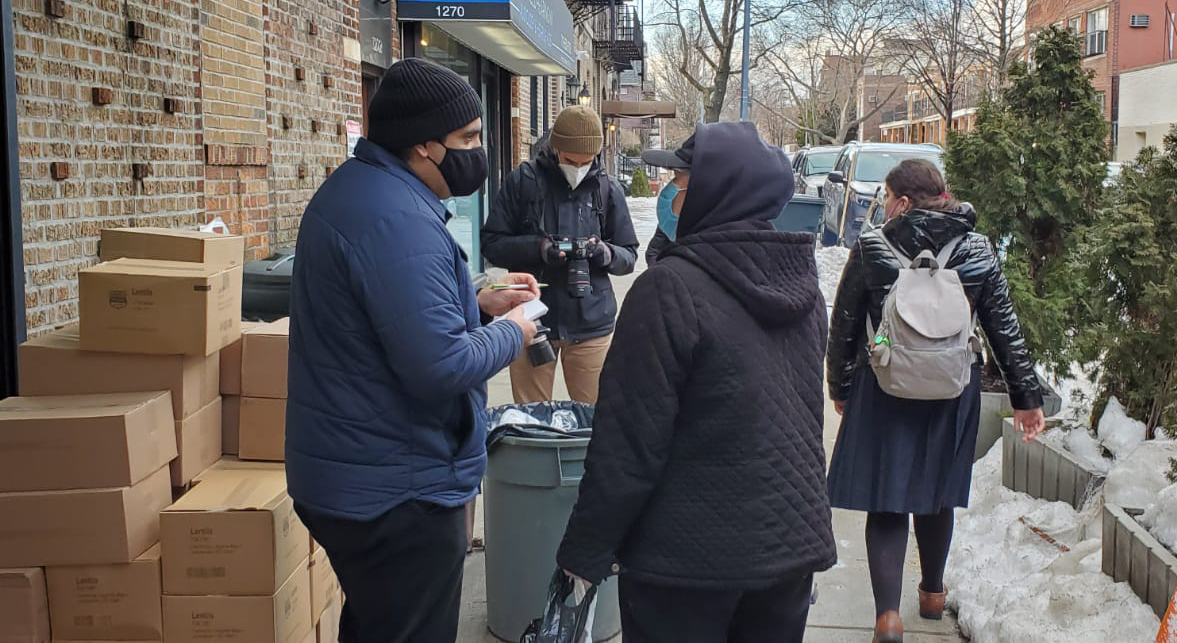 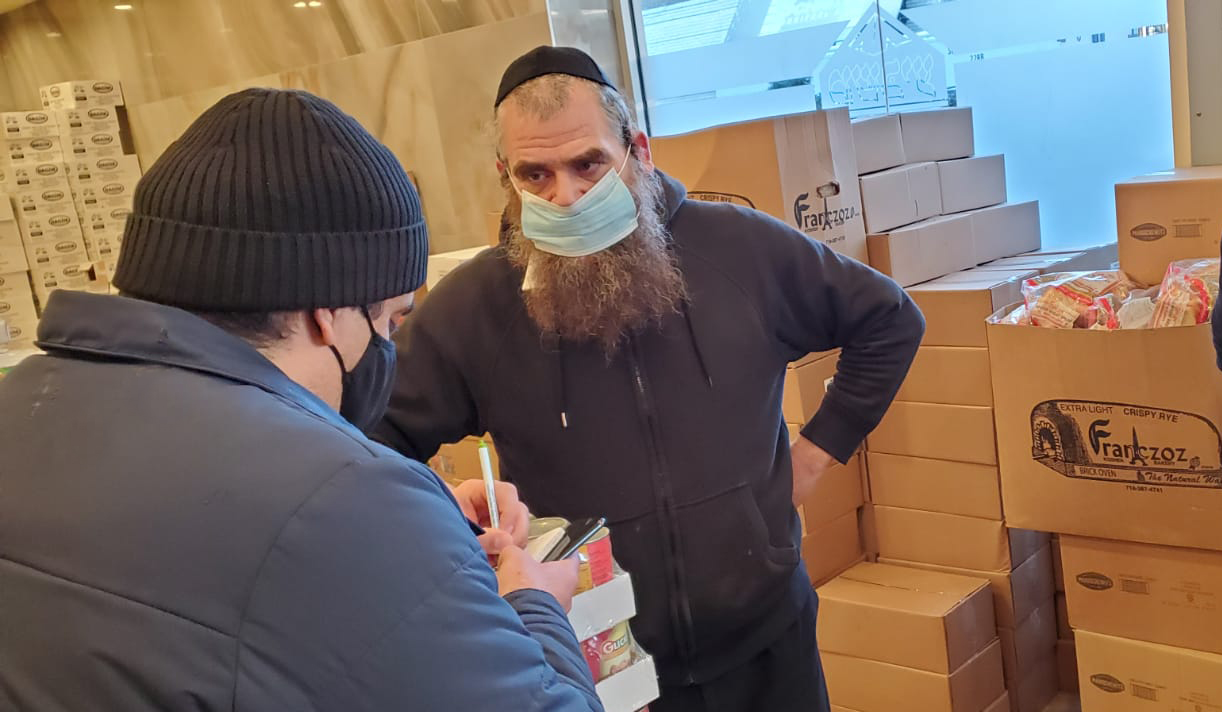