Masbia in the Forward: In 3 days, NYC handed out 30,000 free kosher meals. It still wasn’t enough.

Read the article below written by Ari Feldman, in the Forward, about how more than 30,000 kosher meals are not enough to stop people struggling, and Masbia is trying to help to distribute leftover meals, in some schools, due to the Covid-19 pandemic.

New York City has handed out nearly 32,000 kosher meals since last Wednesday, but it underestimated the number of meals needed and encountered problems distributing them, including shortages in some locations, surpluses in others, and several long lines.

Politicians representing Jewish areas who fought for kosher meals to be added to the city’s free meal program, run through the Department of Education, criticized the rollout, and said it risks humiliating and disappointing people.

“Thursday was a disaster. Friday was a disaster,” said Simcha Eichenstein, a state assemblyman representing the heavily Orthodox neighborhood of Borough Park, and who helped organize the kosher meal program. “It is not acceptable to have 100 people on line, and just turn them away without food — that cannot happen in 2020 in the city of New York.”

It will distribute more than 10 million meals in April, New York City Mayor Bill de Blasio said last week, but the provision of kosher meals was delayed by Passover, said Sam Levy, head of sales and customer relations at Borenstein Caterers, the company supplying the meals. City rules mandate that the meals include a certain amount of whole grains, and observant Jews can’t eat leaven during that holiday.

New York City neighborhoods with large Orthodox communities had high concentrations of poverty even before the virus hit. According to a 2011 study of Jewish poverty from UJA-Federation of New York, 55% of Jewish households in Williamsburg, and 44% in Borough Park — the two largest Hasidic communities in Brooklyn — were considered poor.

Now, more people are struggling. Alexander Rapaport, the executive director of MASBIA, a network of kosher soup kitchens, said that its three locations are seeing upwards of 7,000 families a week, up from about 2,000 a week before the crisis. Rapaport said he believes the majority of his clients are to be observant Jews. 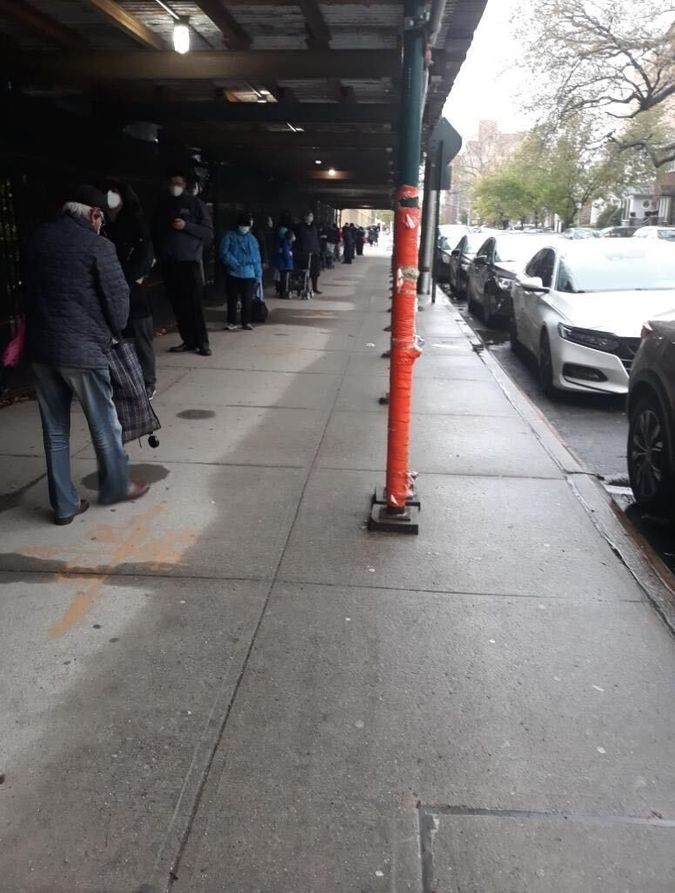 Queens-based Borenstein’s main business is supplying kosher meals to airlines and schools. They carry a heksher, or kosher certification, from the Volover Rebbe, Rabbi Nachum Ephraim Teitelbaum, which is accepted even among the most observant of Hasidic Jews, which Rapaport said was a major accomplishment.

“From the procurement level, it’s a breakthrough,” said Rapaport. “At the distribution level, there’s a lot of mismanagement.”

The city advertised the meals with posters in English and Yiddish, and politicians and Orthodox groups that lobbied for the city to provide the meals — such as Councilman Chaim Deutsch and the Orthodox Union — posted about them on social media.

Yet problems emerged when the meals began to be handed out at public schools last Wednesday. In one line, more than 100 people waited hours, while another closed abruptly with dozens still waiting because it had run out of meals. 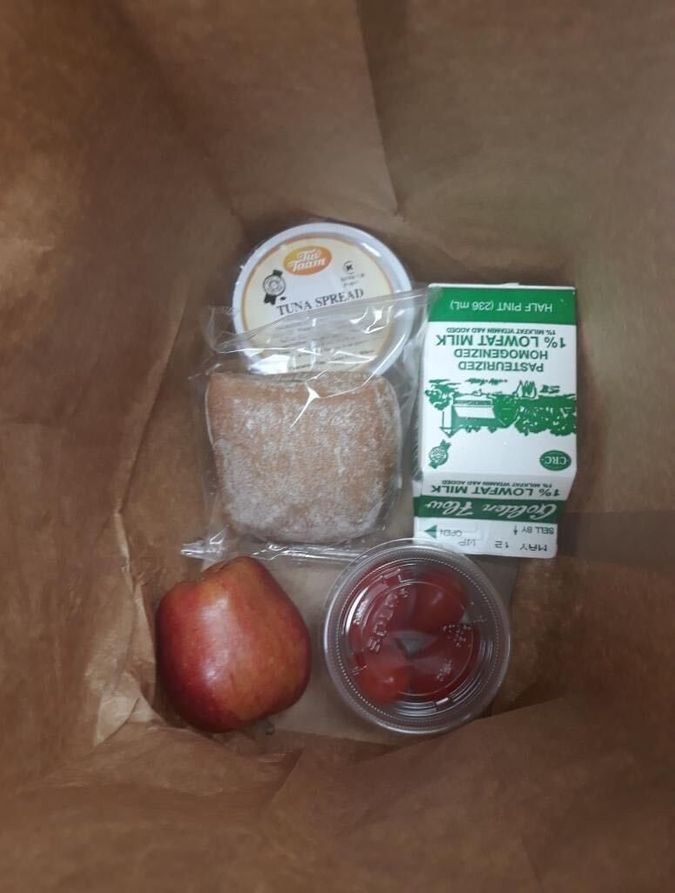 The issue Monday, Rapaport guessed, was that the school was more than a mile from the sections of Williamsburg that are densely populated with Hasidic Jews, the target population for the meals. The leftover food will be distributed at MASBIA kitchens this evening, he said.

Eichenstein said that, after notifying the city of the issue in Williamsburg on Monday afternoon, the city was shifting that distribution location, as well as another in Crown Heights, to be closer to Hasidic centers in those neighborhoods.

Levy, of Borenstein Caterers, said that he went to a school in Brooklyn last week to watch the meals being distributed. He was upset to see people leaving empty-handed, he said, but also wants everyone to understand that the city and his company worked hard to provide what they could.

“The people that are complaining, I think they really don’t know what happened behind the scenes at DOE, and Borenstein,” he said.

Avi Greenstein, executive director of the Borough Park Jewish Community Council, said that DOE staff have been working hard to respect the cultural standards of the Orthodox community, in some cases by distributing the kosher food at different parts of a school building from the non-kosher food.

“When the city comes out and says we’re going to provide meals in a dignified way, with the highest kashrut levels, people really feel a sense of relief,” Greenstein said.