Masbia Relief In The Hamodia: Masbia Brings Meals to Co-Op Damaged by Ida 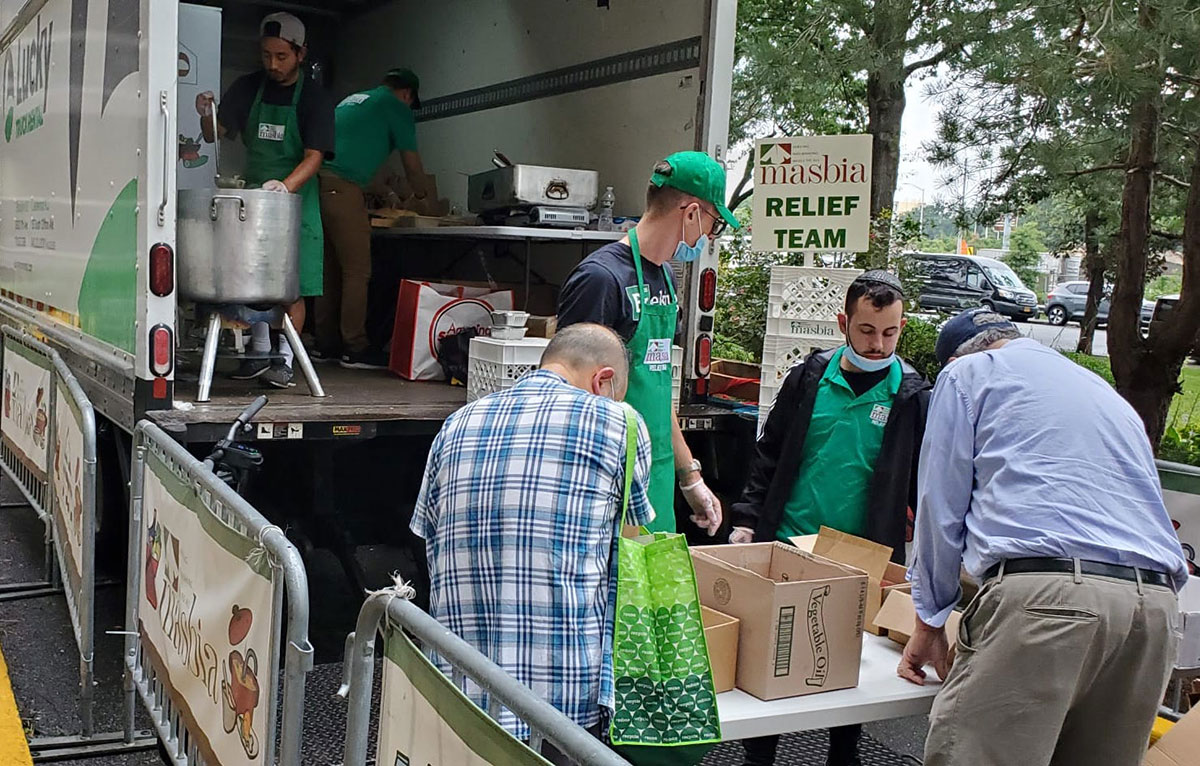 Read the story below by Reuvain Borchardt, published in The Hamodia, about a desperate voicemail of a manager building asking for help after Hurricane Ida took away all tenants' belongings. Alexander Rapaport, Executive Director of Masbia, felt very touched and brought relief to the needy.

“Hi, my name is Patricia Fuentes. I am a property manager of a building located in Forest Hills, Queens, that has suffered from the storm. I have 424 residents in my building. Four families are homeless. I have no elevator service, and my residents have lost over 250 cars in the building, so therefore we’re unable to get supplies, groceries, etc. We have many senior citizens, we’re a 15-story building. I am begging for somebody to deliver boxes of groceries to be distributed to the residents in this building, They’ve lost a great deal. And this simple gesture will help a lot.”

The building Fuentes manages, the Fairview co-op, located just a half-mile from Masbia’s Queens location, had been damaged by floodwaters from Tropical Depression Ida the previous week. While the building never lost power, its basement suffered great damage: the elevator and air -conditioning units, whose power is located in the basement, were not functioning; the cars in the underground parking lot were destroyed; four basement apartments were uninhabitable, and, most tragically, one basement resident had died. (One elevator in each wing of the building has since been restored.)

“What we do is just a reflection of our tens of thousands of donors and volunteers who enable us to do what we do,” Rapaport told Hamodia on Friday. “It was very touching to see so many people volunteer, and so many donors kick in, to help these people. The assistance was extremely well received.”

Fuentes told Hamodia on Friday that a “great majority” of Fairview’s residents are senior citizens, and that her staff often help them with trips to the supermarket, but couldn’t do so now because many staffers’ cars had been destroyed in the storm.

Fuentes said she has also received “overwhelming support” from local members of Congress and the State Assembly, who brought other soup kitchens to distribute food as well. Fuentes had called Masbia herself during Rosh Hashanah and said she was impressed that Rapaport listened to her message and called back on Wednesday night.

“Alex, what a man,” Fuentes said of Rapaport. “He returned my call the minute the holiday was over. He came and brought his crew and he brought everything for us. They have gone above and beyond. They are so helpful, so generous, and organized. What a group of volunteers. They brought me to tears.”