Masbia in the Jerusalem Post: Masbia now operates 24 hours a day to meet huge demands due to Covid-19 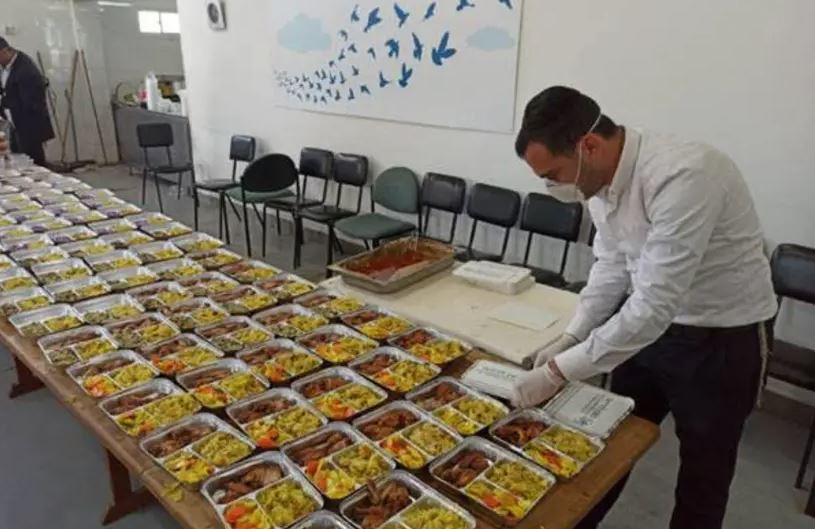 Read the article below, in The Jerusalem Post, about the new system Masbia Soup kitchen Network is operating under due to the Covid-19 pandemic.

"It's heartbreaking that this is necessary. But the need has become so great that we could not continue operating as we did even a few months ago," said a Masbia board co-chairman.

The New York-based Masbia soup kitchen network is now open 24 hours a day, 5 days a week in order to handle the five-fold increase in demand that has accompanied the coronavirus pandemic, Boropark24 reported.

Under the new system, the soup kitchens operate on an appointment basis – and lines, which had been hundreds of people long, have been almost nonexistent despite the kitchens serving many more people than they had been.

"It's heartbreaking that this is necessary. But the need has become so great that we could not continue operating like we did even a few months ago," said Masbia board co-chairman Adam Hofstetter. "Our mission is not simply to feed people in need but to do it with dignity – and there is no dignity in waiting in line for hours just for basic groceries."

The soup kitchens serve both "to-go" meals that are prepackaged and prepared for individuals as well as packages of raw food ingredients. Since March, Masbia has served 250,000 to-go meals and distributed the equivalent of five million meals in raw food packages.

There has been a huge increase in the demand for pantry packages. And because these can weigh anywhere from 30 to 100 pounds, the line to pick these up was very slow. In order to shorten lines that were taking a significant amount of time and endangering those waiting on them, Masbia implemented an appointment system that makes use of an app called Plentiful.

"It is impossible for most of us to imagine how terrifying it is not to know how you will feed your children: today, tomorrow, for the rest of the week," Masbia board treasurer Naomi Wolinsky said.

"Masbia feeds hundreds of families and seniors every day with kindness and dignity.  Real food for real people in desperate need."