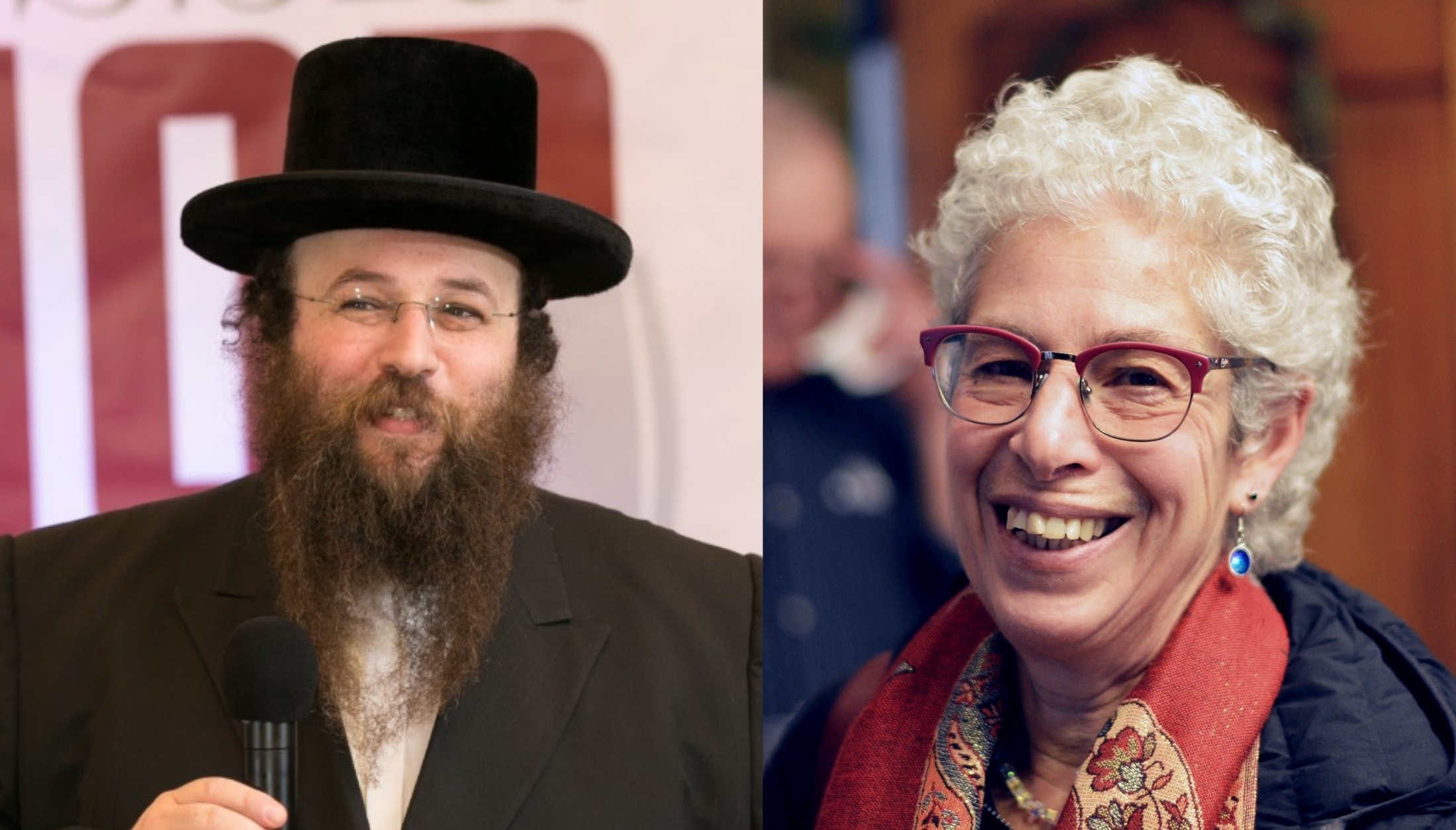 Read the article below, written by Eleanor J. Bader, in the Lilith Blog, on Masbia changes during the coronavirus strike. ED Alexander Rapaport points out all the details to overcome obstacles to help the needy in New York City during the covid-19 pandemic.

It’s Monday morning, the start of the second week of New York City’s attempt to contain the coronavirus, and Alexander Rapaport, founder and Executive Director of MASBIA, (MASBIA.org) New York City’s only kosher food pantry and feeding program, is gearing up for an exceptionally busy week.

“Shortly after Hurricane Sandy, City Councilmember Brad Lander said—and I’m paraphrasing—that in times of crisis some people will fall apart while others will be brave and help out,” Rapaport begins. “We are trying to be the helpers in this time of COVID-19. In the face of all odds, we are plowing ahead. But it’s not easy.”
Already, he says, MASBIA’s three programs—in Borough Park and Flatbush, Brooklyn, and in Forest Hills, Queens—have seen a 40 percent spike in the number of people turning to the program for no-cost take-home food. What’s more, MASBIA is also delivering meals to those who, for whatever reason, are unable to wait in line for boxes of prepared and fresh items.

Rapaport spoke to Eleanor J. Bader about the 15-year-old program’s adaptation and current work to feed New York’s hungry, whether or not they are in quarantine.

Eleanor J. Bader: MASBIA seems to have gone from three sit-down restaurant-style kitchens, where people came together to eat dinner at no cost to them, to a program that delivers prepared meals and groceries and allows people to come to each site and pick up free food. How did you organize this so quickly?

Alexander Rapaport: Many of us in the Orthodox community is very aware of what’s going on. People in the community follow Israeli news really closely so we were able to anticipate what was coming since the virus hit people in Israel earlier than it hit people here. One of the reasons I’ve been able to be so proactive is that I knew Israel had had a pasta shortage due to the pandemic. Pasta is a basic food, so my coworkers and I knew that we needed to stock up. The Israeli example gave us a way to plan ahead of the US news cycle.

EJB: How exactly, is MASBIA working to ensure that hungry New Yorkers get food?

AR: We are funneling all food deliveries through a website, masbia.org/quarantinefood. A local Brooklyn pastor, Rev. Bryan Johnson, is responding to every inquiry and checking out the situation to determine if the person is physically able to pick up boxes of food or actually needs a delivery. The pastor talks to the person making the request and if they need delivery we go to their house and bring them some food to tide them over. In the first week, we made about a dozen deliveries but we expect this number to grow significantly during the coming weeks and months.

EJB: In addition to stopping the provision of sit-down meals, what other changes has MASBIA made?

AR: When preparing packages of food for people to take home, we’ve had to avoid canned products since cans can make a box too heavy to carry. We’re giving outboxed tomato juice, for example. We’re also distributing tuna in pouches and mayonnaise in squeezable plastic bottles to avoid glass breakage.

EJB: Tell me about the deliveries. That sounds pretty risky.

AR: I will tell you about two of them. Shabbos is a lockdown for us; for 26 hours we’re off the grid. Last Friday, before sundown, we packed a box for a 91-year-old man in Borough Park. I told myself that we needed to leave the food by the apartment door and I planned to call the man when we arrived so that he could come out, pick up the box, and bring it inside. But when I phoned him there was no answer, so I knocked on the door. He screamed out, ‘the door is open.’ My coworker and I then stepped inside, holding boxes of ready-to-eat meals, some fresh groceries, and food for Shabbos. Some of these items needed refrigeration and some needed to go into the freezer. As we looked at the man, it was clear that he could not easily get up out of his chair, so we needed to quickly decide what to do. As I was taking everything in, I kept telling myself that we should not be in this apartment. Still, we wanted to do what we could. We ended up leaving the food near where the man was sitting but it was really awful. As the reality of the situation became clearer, I literally started to cry. I’d been bracing myself for this calamity, but nothing can prepare you for a situation like this, where you want to help but know you can’t.

Muhammed, our driver—he had worked for MASBIA years ago and when he could no longer make a living driving a yellow cab, he came back to work for us—and Rafi, another coworker, saw me gushing tears, but what could we do? It wasn’t safe to go further into the apartment. Instead, we had to make another delivery.

We got to the next place, put the food on the front porch, and left. It was about an hour from sundown. On Sunday we learned that the family had not found the food we’d delivered. It turns out that the address had an ‘A’ after the building number and we’re gone to the wrong house, leaving the meals at the building without the ‘A.’

EJB: How about the people who are coming to MASBIA to pick up ready-to-eat meals and groceries?

AR: Our last sit-down meal was served on March 9. Since then, our pick-up lines have included people of every color, every ethnicity, every religion, every gender, and both single people and families. They all come to MASBIA. Due to social distancing recommendations, we’ve had to hire security guards to make sure people do not get too close to one another. We’re also now open for longer hours: In Borough Park, people can come by between 3:00-8:00 PM; in Forest Hills, we’re open from 1:00 -6:00; and in Flatbush, we’re there from 3:00-7:00 PM. This is our schedule from Sunday through Thursday.

As for food, before COVID-19 we’d give people take-home food on Thursday night to last them from Friday until Sunday morning. We’re now distributing 14 days-worth of meals so they don’t have to return to us for two weeks. In Queens, we’ve been seeing about 200 families a day. In Flatbush the number is way over 100; in Borough Park, it’s slightly less.

Right now, we’re focused on non-Passover meals. As we’re putting boxes of food together we’ve had to ask ourselves if it is better to give out fresh food or food that was prepared and frozen before the outbreak? Who would have thought of such a question a month ago?

EJB: Where do you get the food you’re giving away?

AR: Some companies have stepped up. For example, we got some pallets of high-end coconut margarine—actually, it’s a butter alternative called Betterine, which is a pastry chef’s gold. We also got a donation of a few pallets of frozen gefilte fish and several companies that normally supply airlines with kosher meals have sold us their food at a discount since so few people are now flying. Additionally, they’ve sold us meals prepared for use during Passover.

Lastly, the federal government owns a lot of food so we were able to get some eggs and other items from them.

I want to stress one more thing. We are always mindful of good nutrition so we try to give out diverse and varied foods. We don’t know how long we’ll be able to continue to do this, though, since we can imagine a doomsday scenario where we’ll have to make deliveries in the thousands, and where a wide selection of food will no longer be possible.

EJB: What will happen during Passover?

AR: Passover has strict rules, so to make everyone happy we’re going to need to add a lot of things to our menu. This means that our costs are going to go way up. For one, peanuts are not kosher for Passover so we won’t be able to give out jars of peanut butter. Instead, we’ll distribute almond butter which is much more expensive. We’ve been gearing up for this since early March, but we know that Passover is going to be a really hard holiday this year.

EJB: How is MASBIA funded?

AR: Before the pandemic, our annual budget was $5 million. This health crisis is unprecedented but our 30,000 donors and volunteers make what we do happen. We’re trying to be brave, trying to be a helping community. We’re very grassroots, literally a hand-to-mouth operation, but our facility in Queens has monster-sized refrigerators and freezers and Flatbush also has large capacity refrigeration.

We’re counting on more donations coming in so that we can feed everyone. Last year we served two million meals. This year, who can know?