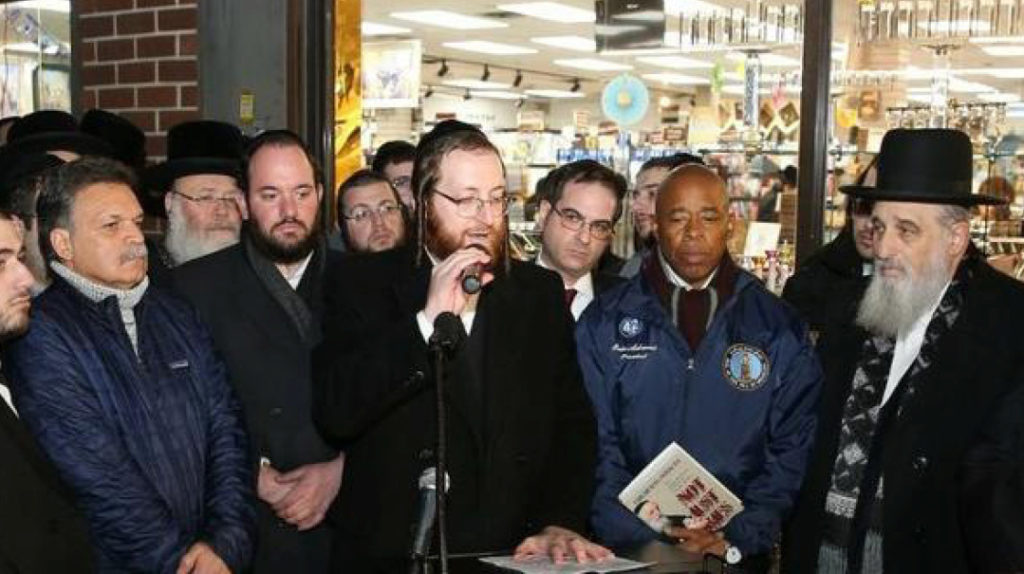 Read the article below written by Yochonon Donn, in the Mishpacha, on Alexander Rapaport and Mordy Getz, two respectable members of the Jewish community, taking the initiative to help women widowed by the coronavirus by paying their groceries bill until Rosh Hashanah.

When reports of a mysterious new virus first reached New York City, Mordy Getz immediately thought of the list of 13 names he held in his pocket, all cancer patients with compromised immune systems.

It was days before Purim. The owner of the New Eichler’s Judaica store on 13th Avenue, Getz noticed that people did not seem too concerned with the outbreak in Boro Park. Or in New York, for that matter. Social distancing was still weeks away. Shuls, halls and yeshivos were in full swing. His store was doing brisk business selling Purim items and preparing for the pre-Pesach rush.

A private man, Getz nonetheless went into action. Shortly after Purim, he took out his phone and recorded a short video. He blamed “misinformed leaders” for downplaying the virus’s harm, and told the stories of cancer patients who have less than a year to live but choose to go through painful chemo treatment to allow them to be with their families for one more Pesach.

“These people were petrified of getting coronavirus,” said Getz, whose store became the first to completely close its walk-in location. “Ninety-five percent of people in Boro Park would give away their last $10,000 to help a cancer patient get his treatment. We don’t need that $10,000 from you, we need you to stay home.”

Four weeks and a few anonymous pashkevillin or two later, Getz was unapologetic but a bit tired from it all — in part because he himself was struck with coronavirus. He was criticized for his vehement insistence that halls and public places close, and in some ways became the poster child for the successful push to shut down Boro Park’s institutions.

“The majority of Boro Park is now making a kiddush Hashem with its compliance, so I don’t see the need for awareness anymore,” said Getz, a talmid of Stamford Yeshivah and a chassid of Bobov-45. “When I first recorded the video, on March 15, awareness was a situation of pikuach nefesh.”

But Getz is not resting yet. He’s now taken on a new initiative: helping women widowed by the coronavirus pay their grocery bills. Since the virus arrived in New York, Boro Park has suffered greatly. More than one hundred people have died, most of them men, breadwinners ripped from their families. Getz has partnered with Sender Rapaport of the Masbia Soup Kitchen Network to pay grocery bills for these families until Rosh Hashanah.

Getz credits his relationship with the Bobover rebbe, Rav Naftali Tzvi Halberstam ztz”l, who encouraged him to do chesed. Most importantly, the rebbe taught him to listen to the plight of the poor and suffering. The rebbe once expressed to Getz that “it is a shame we don’t say in Bobov” the phrase “tza’akas hadal taazin” — that Hashem empathizes, rather than merely listens, with the plight of a poor person — in Nishmas.

“Most of these people did not even get a chance to say goodbye to their relative,” Getz noted. “For them to now struggle with grocery bills…” His voice trailed off.