The anchor of News12, Jessica Cunnington introduces reporter Phil Taitt reporting from Masbia of Flatbush in Brooklyn, interviewing our COO Jordana Hirschel regarding Masbia expanding their locations in order to reach out to more people in need across New York City.

The Masbia Soup Kitchen, which has been feeding thousands of New Yorkers for more than a decade, is expanding in order to extend its reach across the city.

The Midwood nonprofit, which runs 24 hours, has had to create some new tactics to serve New Yorkers.

The kosher soup kitchen says that since the start of the pandemic, the demand for food has gone up by 500%. It is now serving 7,500 families per week, which is causing them to make some changes to its daily operations.

It is opening additional spaces next to its existing pickup sites in Brooklyn, hoping to service many more, especially with Passover a month away.

See below photos of the reporter Phil Tait of News12 at Masbia of Flatbush: 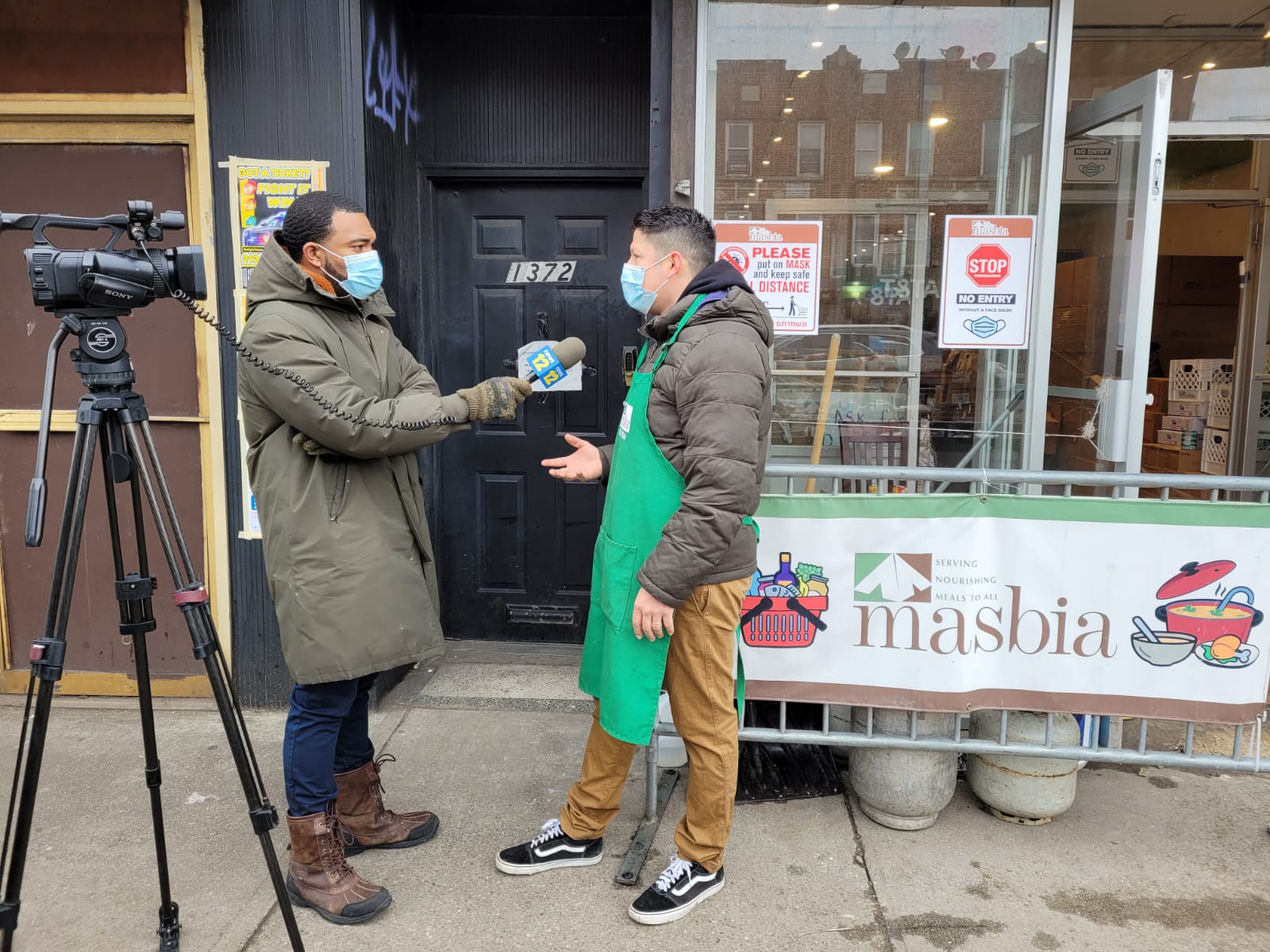