The anchor of News NY1, Roma Torre, presents the reporter Amanda Farinacci Gonzalez reporting at Masbia Boro Park in Brooklyn, including an interview with our ED Alexander Rapaport.

It's not unusual these days to see a line of people outside the Masbia Food Pantry on New Utrecht Avenue.

On this day, Jonathan Nunez is one of them. The Brooklyn resident says the free food is a lifesaver for his family.

Unable to work because of a recent disability, he had never visited a food pantry before. In fact, he used to volunteer at one.

"For me, me picking up, it's kind of a look on the outside, now coming back in. Because I used to help. Now I'm getting the help," Nunez said.

The Masbia Soup Kitchen network was founded 15 years ago. There is a soup kitchen and pantry at three locations.

The food is kosher — Masbia means satiate in Hebrew — but it is open to all New Yorkers, regardless of faith.

In March, as the coronavirus crisis erupted, the tables and chairs in Masbia's soup kitchens were removed to promote social distancing. They were replaced by boxes of food from fruits and vegetables to grains and beans.

The food moves so quickly now, there's hardly time to unpack it.

Executive Director Alexander Rapaport showed us inside the pantry.

"The purveyors, they don't have time to catch up with the demand, so we have those sacks, breaking them down," he told us.

Masbia estimates that each day, it distributes a week's worth of groceries to nearly 1,500 families and nearly 3,000 ready-to-eat dinners.

Rapaport says that represents a seven-fold surge in demand since the coronavirus crisis devastated the economy.

It's been able to meet the demand thanks to increases in donations, and in private and government funding.

Organizers say they continue to see new visitors to the food pantry, even three months after the pandemic began.

To keep up with the demand, Masiba now receives about a dozen tractor trailers of food deliveries every week.

To help prevent overcrowding and limit the lines, Masbia recently started taking clients by appointment — a decision Anca Bishen is grateful for. She and her mother both lost their jobs in the pandemic. The first time she visited the pantry, she stood three hours in the rain to get in. 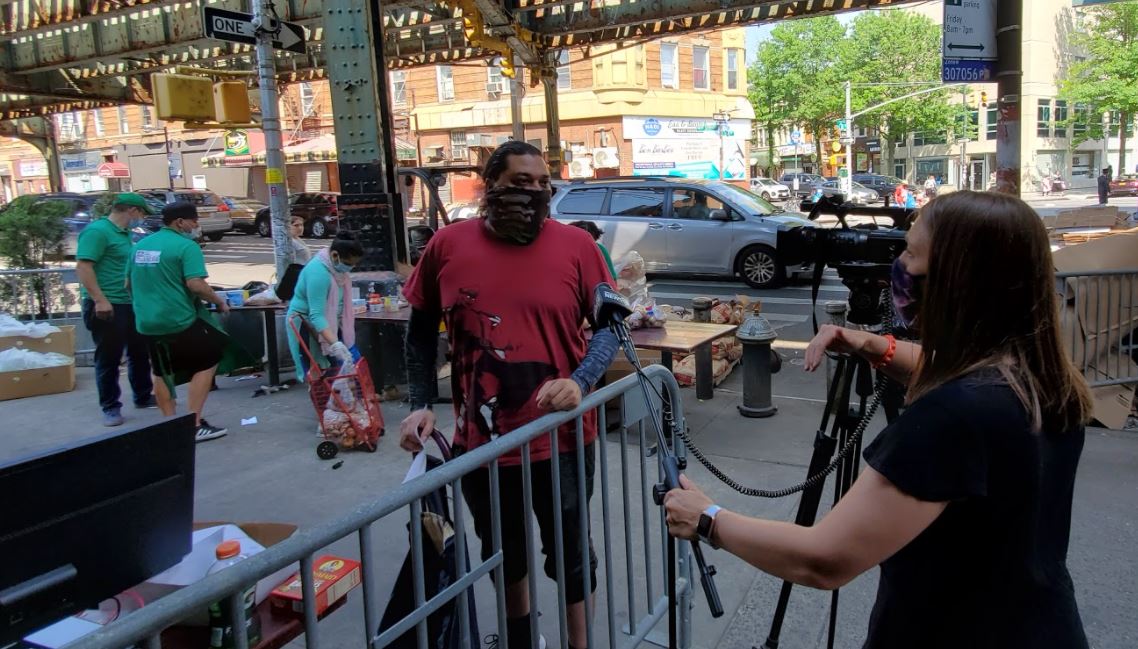 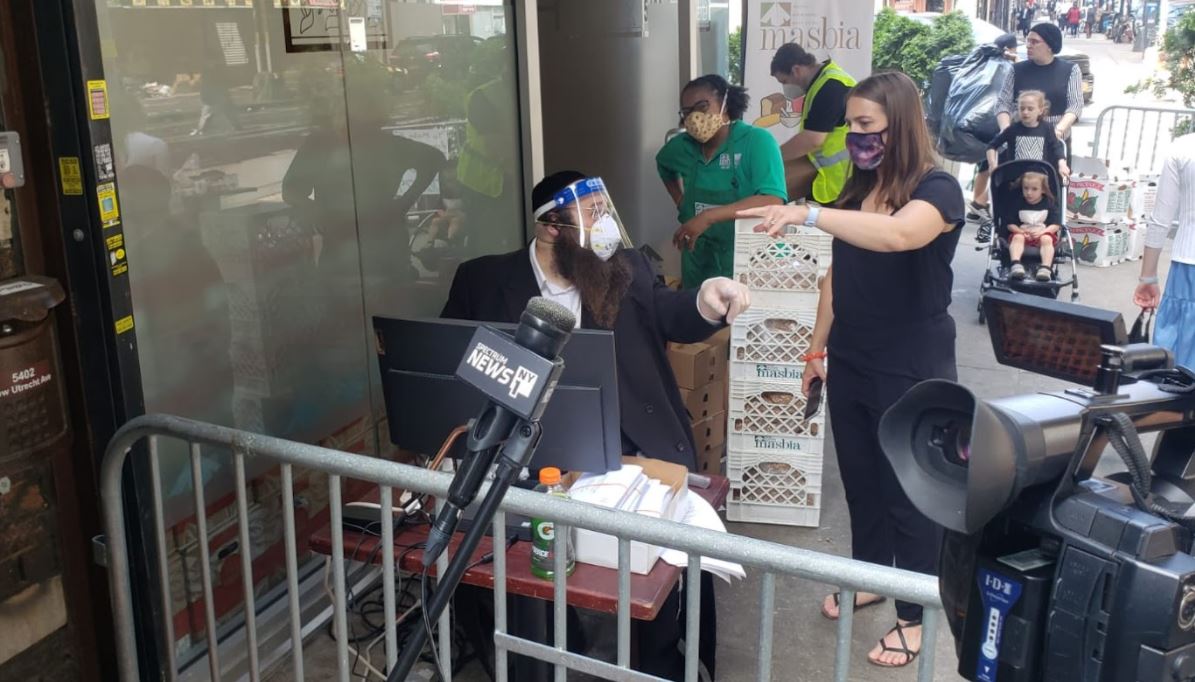 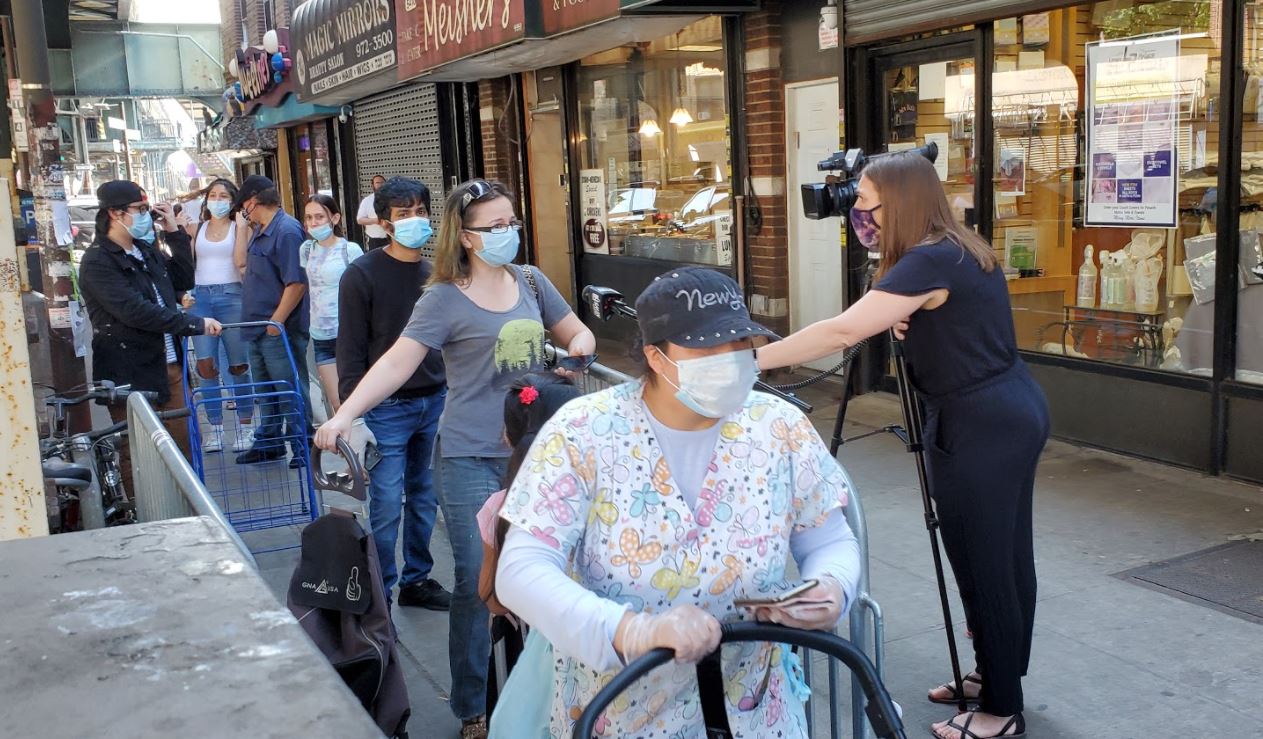