The anchor of NY1, Bree Driscoll, featuring Masbia solving chicken wing shortage due to the Super Bowl event and replacing it with “chicken grind” by Chef Jordana Hirschel. Reporter Kay Bontempo came to Masbia of Queens, to report on Masbia's big idea to solve the chicken wing shortage. Our ED, Alexander Rapaport, was interviewed and recalled how the idea came out of his mind.

Masbia Soup Kitchen has relied on a consistent list of affordable products to feed the many New Yorkers who are facing food insecurity during the pandemic. But the charity network found itself taking on an unexpected challenge over the past week as one of its most important items was flying off the shelves because of the Super Bowl: chicken wings.

Alex Rapaport, director of Masbia, a kosher soup kitchen, said at first he didn’t know why there was trouble buying the kitchen’s usual order of wings from suppliers, but then realized it’s because of the big game.

“Throughout the pandemic, we’ve relied on chicken wings to stretch our charity dollars and buy a lot of protein, but the last couple of weeks I was wondering ‘why is this such a problem?’ Then it hit me, oh it’s the Super Bowl when everyone likes to munch on chicken wings, which is causing this shortage,” he said.

In past years, the Super Bowl never caused a supply issue for the local charity, but Rapaport said that part of the issue is because there’s been a 500% increase in demand since the pandemic hit the city last March.

“We use chicken wings as a protein because that makes the best use of our donation dollars,” said Rapaport.

But the kitchen had to adjust and quickly find an alternative kosher protein, at least until the game celebrations wrap up. One of its suppliers suggested using ground chicken. At first, Rapaport was hesitant. They had never provided it before and worried people wouldn’t know how to cook it. But the kitchen staff worked together and created a recipe that was handed out with each bag of food.

“This was a new product I’ve actually never worked with. It was fun playing with new ideas, trying it in different ways. This was a preparation I really felt helped anybody, it’s an easy way,” said Jordana Hirschel, chef and chief operating officer at Masbia Soup Kitchen Network. “Especially Super Bowl Sunday, you just pour it in a pan and throw it in the oven, and then you can get ready for the big game."

Rapaport said that while many New Yorkers will be eating chicken wings Sunday night while enjoying the game, others will be learning to cook a new meal for the first time. He says if the New Yorkers who rely on their services enjoy the ground chicken, it might be here to stay.

See below photos of the reporter Kay Bontempo of NY1 during Super Bowl 2021 at Masbia of Queens: 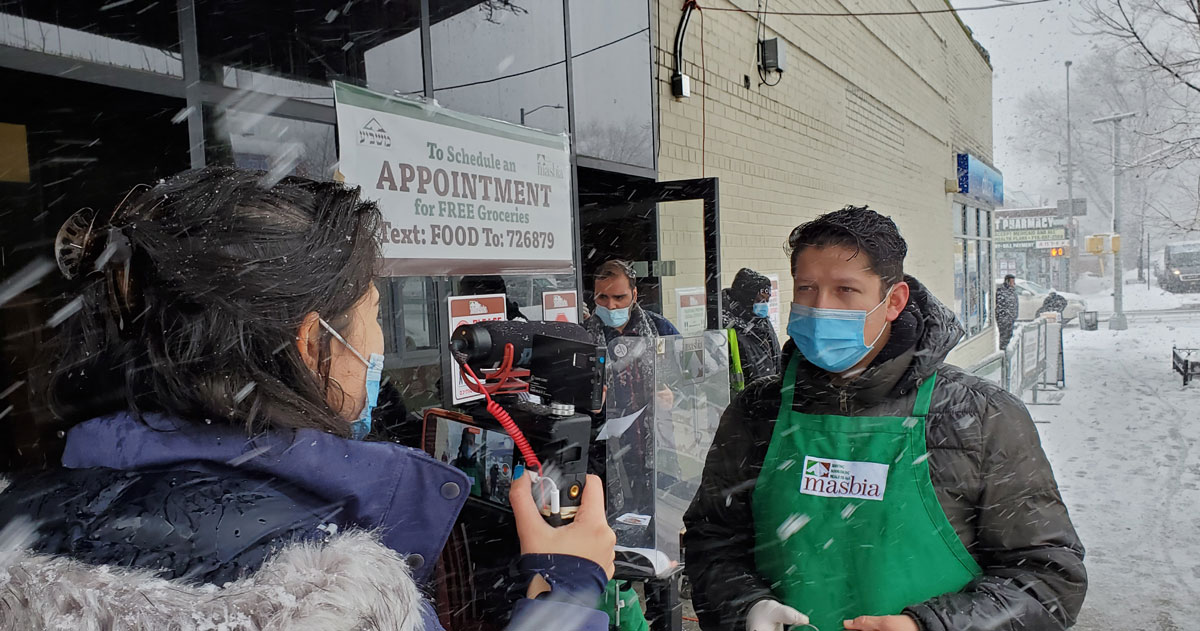 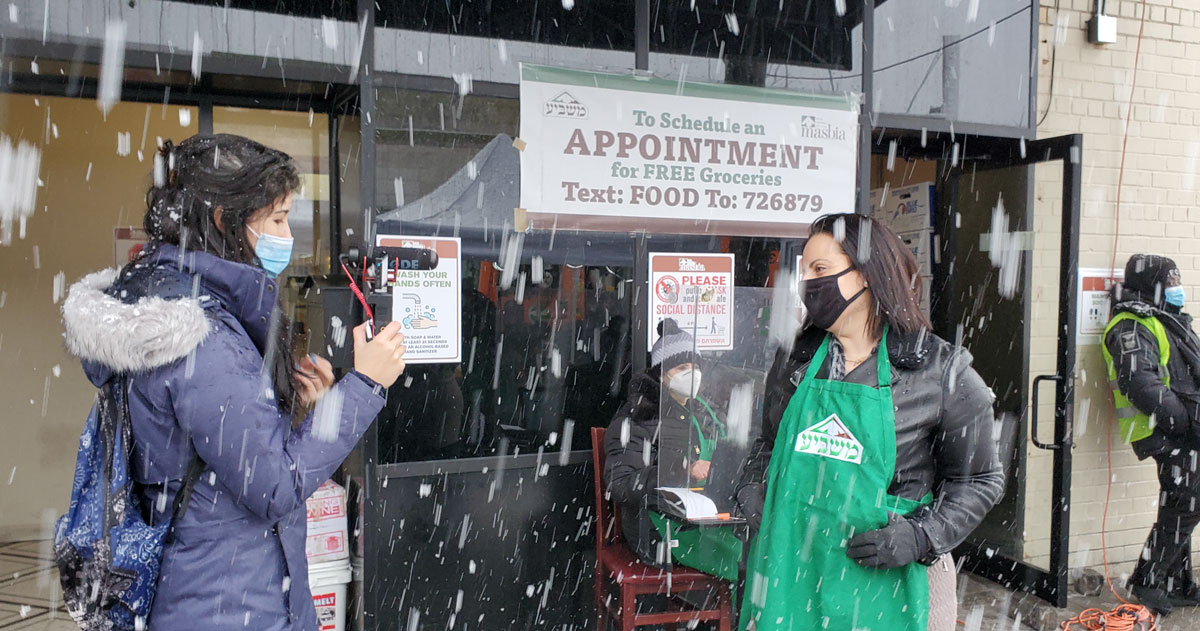 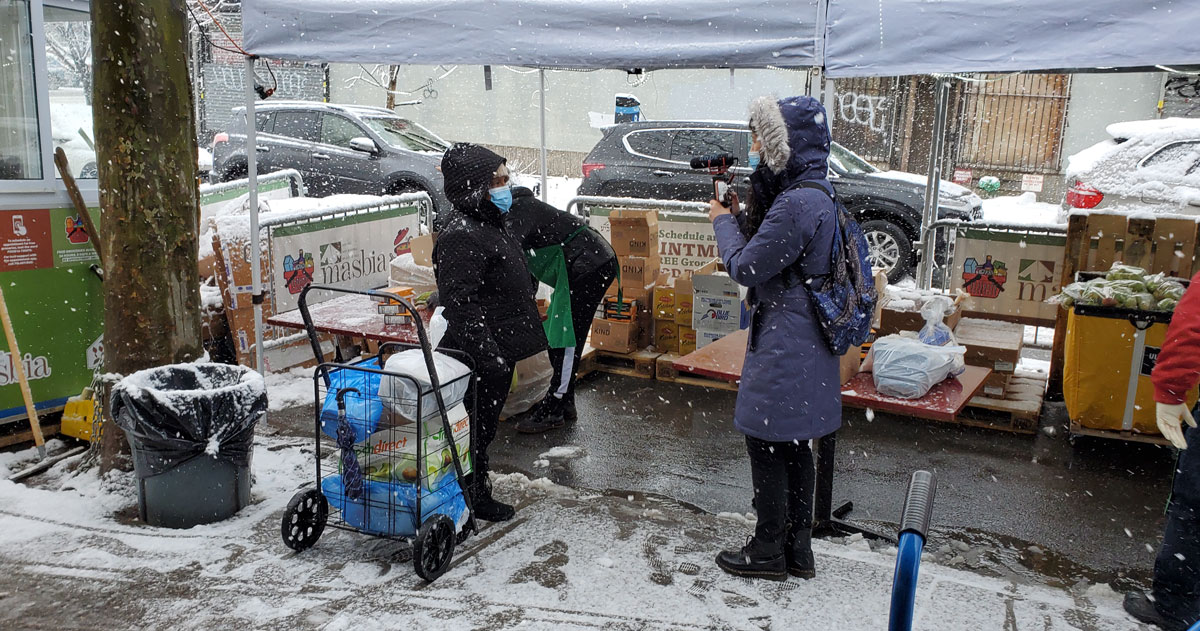 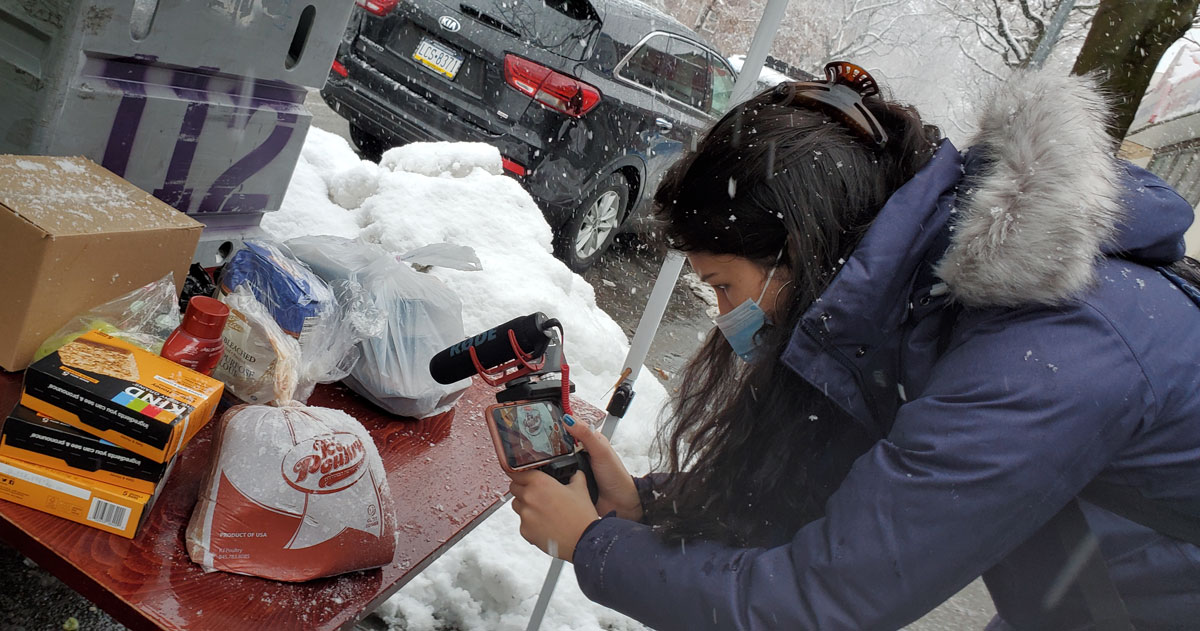 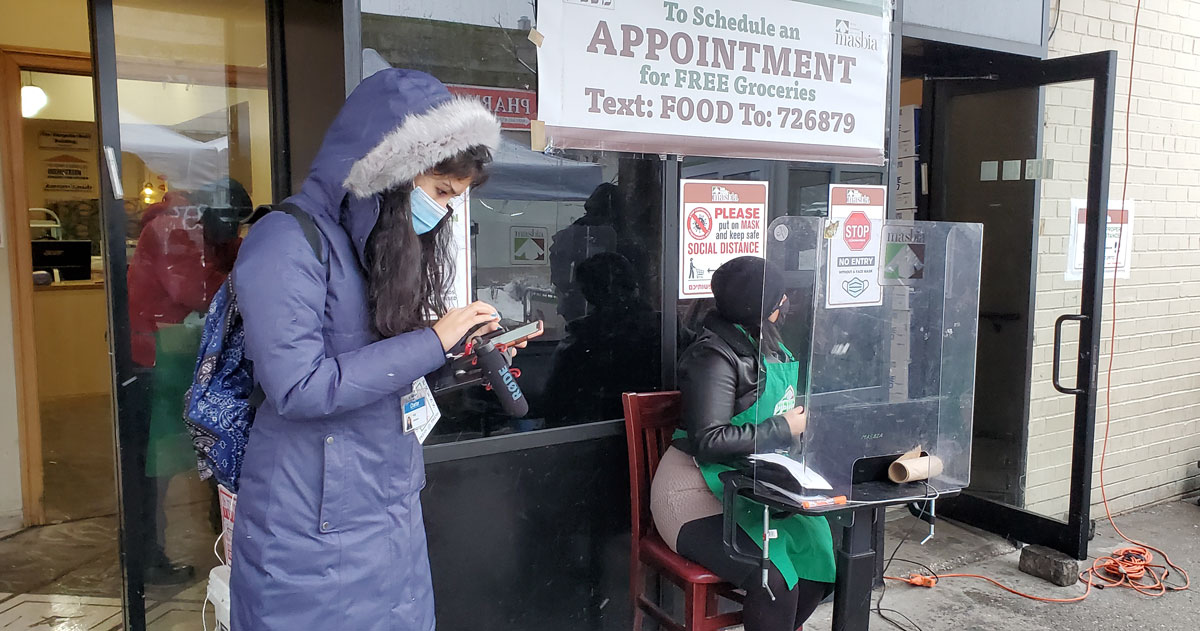