Several community organizations from Brooklyn teamed up to provide food and necessities for the residents of the building in the Bronx where numerous people were killed and injured by a fire on Sunday.

The blaze, in which 19 people died and thirty-two people were hospitalized left many residents without a place to stay and without basic necessities. Alexander Rappaport, Director of Masbia Kitchen Network teamed up with Motty Brauner of Boro Park Shomrim to gather food and necessities for the displaced families and delivered hot meals and other products to the Bronx Sunday evening.

“Masbia went to Bingo on 60th Street and 13th Avenue in Brooklyn and purchased some $5000 worth of toiletries, including toothbrushes and toothpaste, shampoo, soap, towels, and other hygiene products,” Alexander told Hamodia. “In addition, we bought single wrap pastries and cans of soda which is something the people are able to take with them when they leave for the night.

“Greenfield Caterers provided hot soup, chicken nuggets, and rice, and we packed it into cars to transport it to the Bronx. Volunteers from several branches of Shomrim, including Boro Park, Flatbush, and Crown Heights help load the vehicles and drive them to the site of the tragedy.

“Once we got there, Masbia set up a tent and began serving a hot meal to the people who unfortunately lived in the building and had nothing with them. We hoped to help alleviate their plight somewhat, and we stand ready to help in any way we can.” 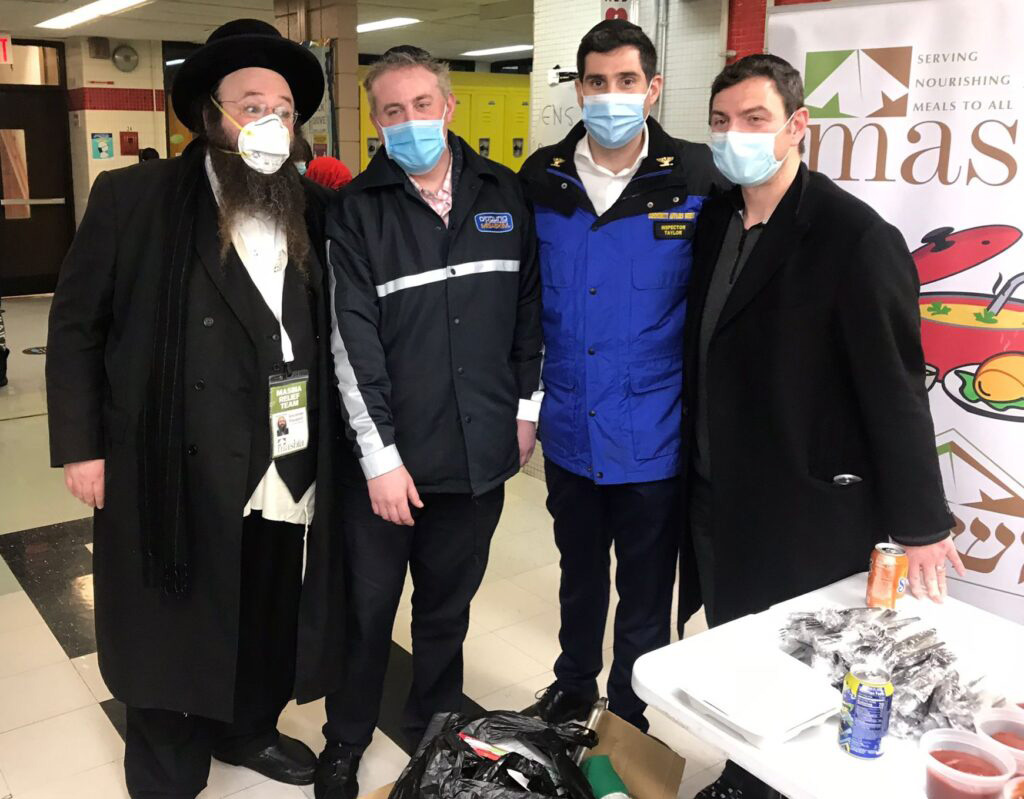 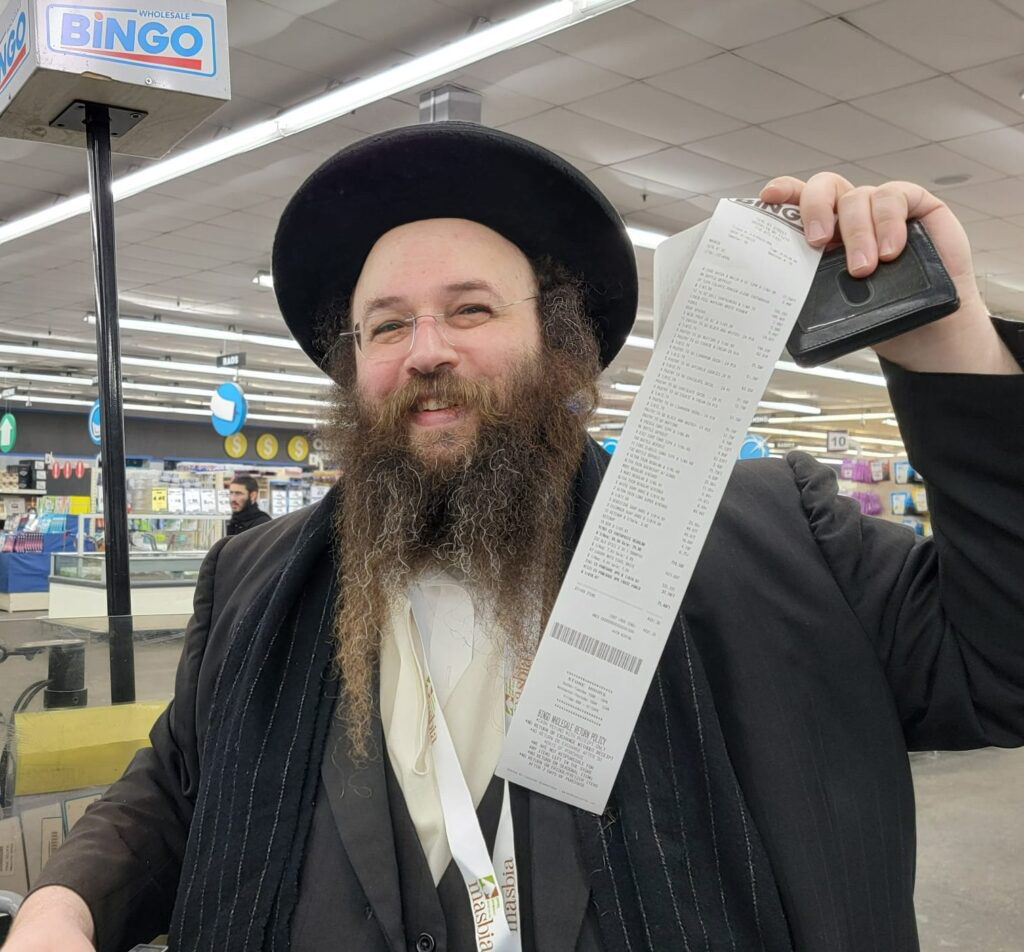 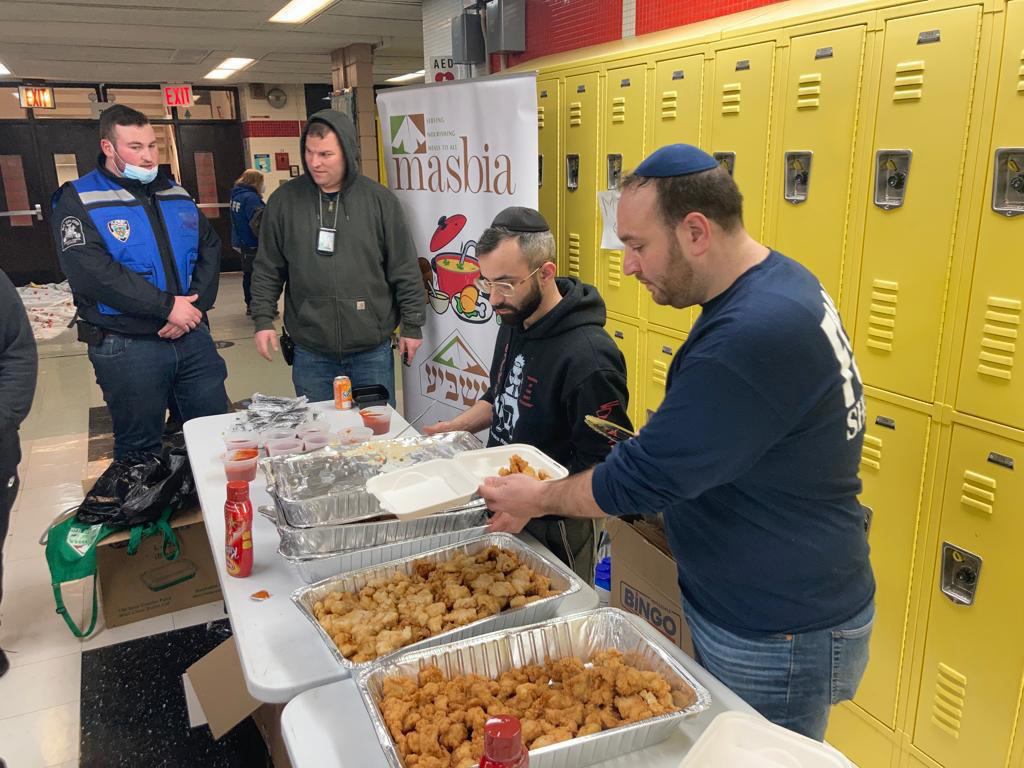