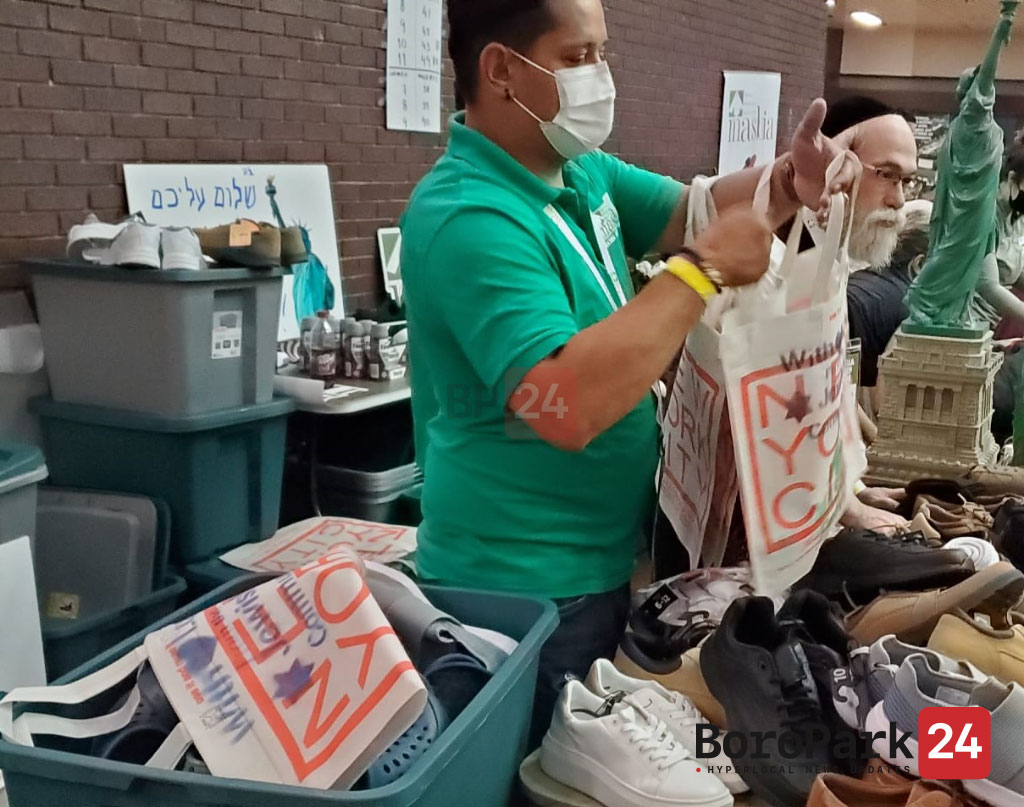 On Tuesday night at 10 pm, 12 migrants arrived at the Port Authority Midtown Bus Terminal without shoes.

Responding immediately, Masbia Executive Director Alexander Rapaport and two of his workers headed to Walmart where they filled up at least six shopping carts full of sturdy shoes and warm socks.

“We are loading up socks and shoes to take to the Port Authority to the asylum-seekers who are coming here to New York,” Rapaport said as he was filling up his cart last night.

Then, bright and early at 5 am today, Rapaport and his team set up a table decked with a mini-Statue of Liberty and signs that said, “Shalom Aleichem” and “Bienvenidos” at the Manhattan bus station, where they warmly welcomed the hundreds of migrants.

Many of them came barefoot, only with the shirts on their back, while others had only flimsy flip-flops.

“As descendants of people who arrived in New York harbor seeking asylum, it is simply the right thing to do for new migrants 75 years later,” said Rapaport, who is the grandson of four Holocaust survivors who found refuge in Boro Park and Montreal after World War II.

Jewish poet Emma Lazarus wrote the famous poem, “The Colossus,” which is inscribed on the Statue of Liberty, Rapaport pointed out.

“Send these, the homeless, tempest-tossed to me, I lift my lift my lamp beside the golden door!” wrote Lazarus, who was of Portuguese-Sephardic descent.

The immigrant workers organization la Colmena was also on the scene to welcome the South American migrants sent from Texas Gov. Greg Abbott, who has said his state’s resources can no longer accommodate the thousands of immigrants who come into the US, as a result of, “President Joe Biden’s open border’s policy. 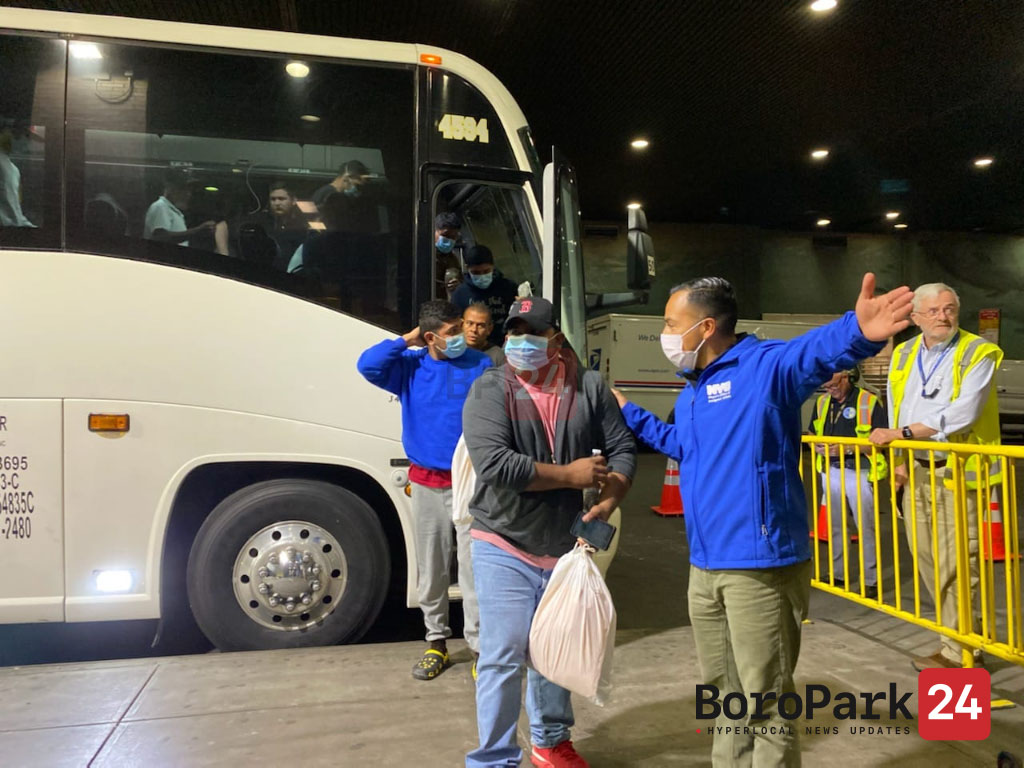