Masbia Relief Team In VIN News: Masbia and Shomrim Come To The Aid Of Bronx Fire Victims With Toothbrushes, Soup And Hugs Members of the Jewish community did what they do best today, turning out en-masse to provide supplies and hot food to the victims of the deadly Bronx high rise fire that killed at least 19 and was described by Mayor Eric Adams as one of the worst that New York City has ever seen.

Masbia executive director Alexander Rapaport and Boro Park Shomrim’s Motty Brauner joined forces to help those who escaped from the inferno with nothing more than the clothing on their backs. The two met up at Bingo with volunteers, where they purchased $5,000 worth of emergency supplies, including toothbrushes, toothpaste, soap, shampoo, towels, beverages and snacks.

“Shomrim came with three SUVs but we couldn’t fit everything in their cars, so we sent three Ubers to the Bronx with the extra supplies,” Rapaport told VIN News.

While a Shomrim team went ahead to PS 9 in the Bronx to start distributing the supplies, the Masbia contingent gathered up a tent, an outdoor propane stove and other equipment which was used heat up a giant pot of soup, chicken nuggets and rice that had been ordered from Greenfield’s catering.

“You could feel the sadness when we got there,” said Brauner. “People were talking quietly and there was a heavy weight in the air. The smiles we got when we came to help out had us feeling glad that we came.”

“Some of the people tried saying something Jewish to us and there were many who thanked us,” said Rapaport. “There was one tall African-American man who hugged me and he wasn’t letting go because he was so grateful that we came.”

Rapaport noted that the Shomrim volunteers kept asking him why he was buying so much while they were in Bingo, but that his instincts proved to be on target, with everything distributed to the fire victims.

“You could see in their eyes how grateful they were,” said Rapaport. “When people are very broken, anything you do to show that you care, whether they like your rice or not, makes a big difference.”

Those displaced by the fire were sent by the Red Cross to three different hotels in the area and Rapaport said that he and his team plan to return to the Bronx tomorrow.

“We will see what their needs are and what else we can do to help them,” said Rapaport. 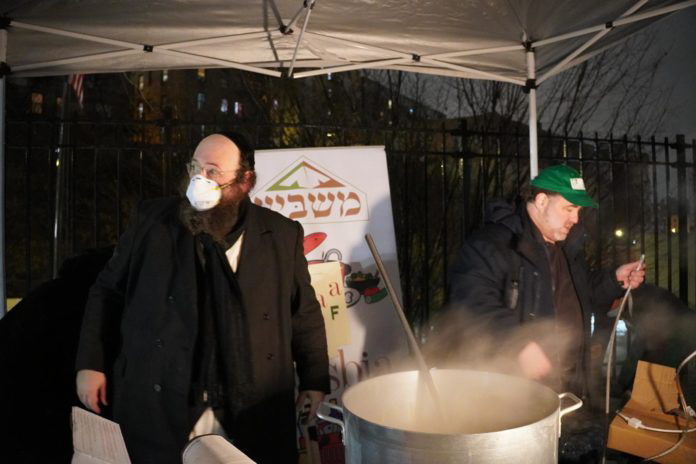 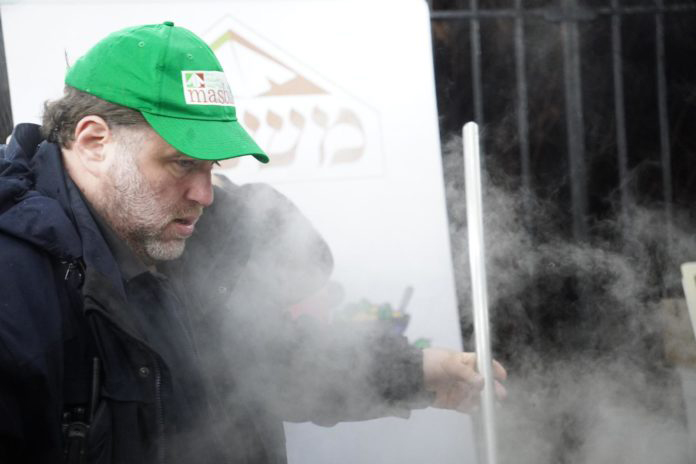 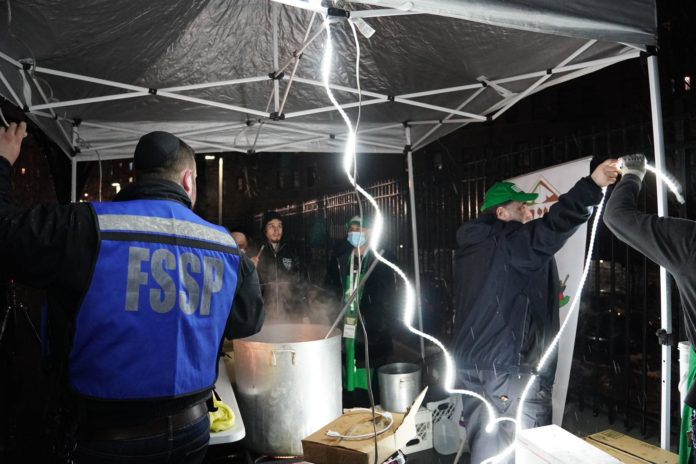