VIN: Masbia Once Again Serving Meals To The Hungry In BP 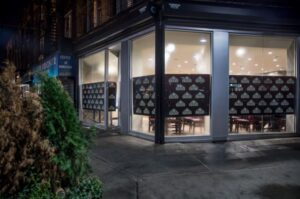 Brooklyn, NY – Seven months after closing the doors of its Borough Park location, Masbia Soup Kitchen is once again open for business serving meals to the hungry, this time at a new location. 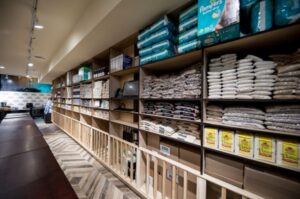 On its first night Masbia served just five diners on its all new china, a popular pattern used on a movie set that was donated by Carmona, NY.  Thursday night saw seven people coming in for free meals. By Monday night, that number had grown to 40 and Rapaport expects that number to rise steadily.

In addition to weeknight meals, Masbia’s new location will be providing emergency grocery bags, with a three day supply of nutritious foods including items like beans, rice, pasta, oatmeal, nuts and vegetables.  The contents of the bag will vary from week to week and Rapaport said this week’s bags may include eggs, chicken, diapers and toothbrushes.  The facility will also be open on Shabbos, with Rapaport conducting a test run last weekend with his family.

“We ended up having guests,” said Rapaport.  “A family came and joined us, someone who lives in Borough Park that we had never met before.”

While the soup kitchen may be officially open for business, further improvements are still in the works, including large walk in refrigerators and freezers on the lower level, with separate dining and grocery areas on the main floor to ensure that soup kitchen has a restaurant feel, preserving the dignity of those who come to enjoy a hot meal.

As work continues on Masbia’s Borough Park location, Rapaport is also facing another challenge:  finding a new home for the soup kitchen’s Queens site, which was forced to close months ago.

“We are already on the street in Queens,” said Rapaport. “We are giving out meals in front of our old location in a van.  For now we staying near the old place so that people know where to find us.” 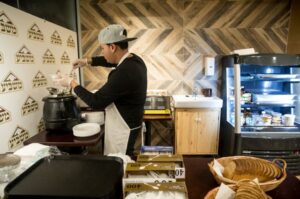 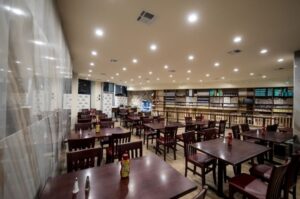 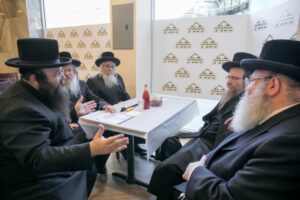 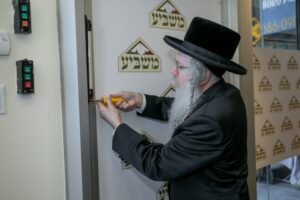