Masbia Relief In The Guardian: Volunteers Extend A Hand To Migrants From Texas: ‘We Welcome Them’ 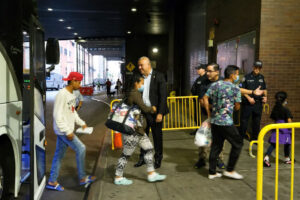 Alexander Rapaport carries multilingual greeting signs and cheers and waves when certain buses pull into the terminal in New York City from Texas and Arizona these days, carrying people sent by the Republican authorities there who don’t wish to assist them.

“These people are seeking asylum. We welcome them. That’s what America stands for,” said Rapaport, who works with Masbia Relief, a crisis response non-profit in the city.

The passengers have usually spent upwards of 35 hours on the bus and have been admitted to the US after crossing the border with Mexico to begin the long process of seeking asylum from persecution in other countries.

New York, among other Democratic-led northern cities and communities, has received more than 11,000 such migrants since May, with the governors of Texas and Arizona very publicly not liaising with leaders and services at the intended destinations. 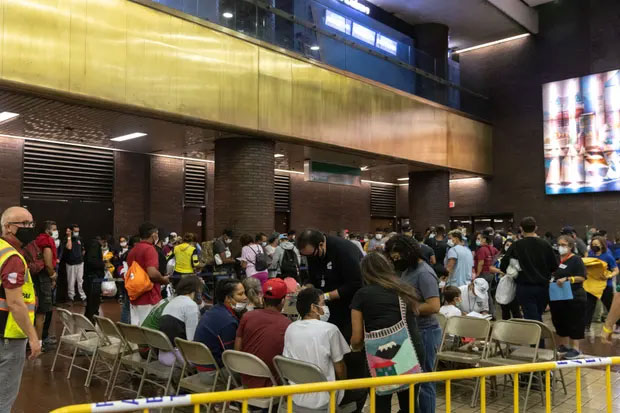 New York officials, including city mayor Eric Adams, have decried the mass bussing as a morally bankrupt political stunt, vowing to welcome asylum seekers who have been rejected elsewhere. But at the same time the city has struggled to fulfil many basic necessities for migrants, including food, shelter and work opportunities.

Non-profit groups and volunteers have often stepped up, offering food, medical attention and often, less visible but just as valued, a sense of humanity.

“[Asylum seekers know that] there are people here welcoming you and see you as a blessing. They don’t see you as a burden,” said Rapaport.

The journey to the US for many has already been long and treacherous, before being packed on to what prove to be hot, humid bus rides that can lack supplies of food, water or medical attention for chronically ill riders, said Ilze Thielmann, director of the grassroots organization Team TLC-NYC. 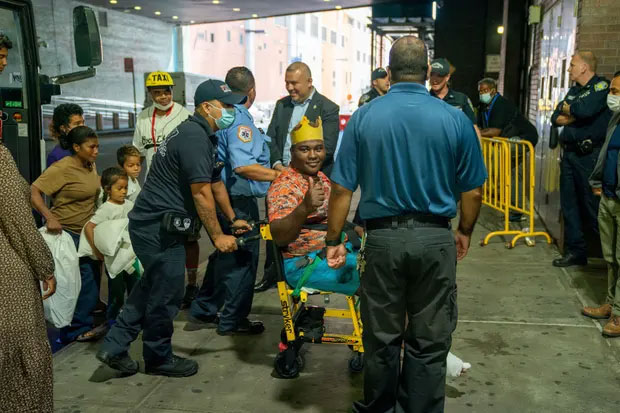 Thielmann, recounted the experience of a young girl with diabetes who was not given insulin for days while on a bus from Texas.

And earlier this month, a Venezuelan man bussed to New York from Texas was hit in the face, pinned down and stunned with a Taser by law enforcement in a dispute over the morning checkout.

Just this week an appeal went out from the city group South Bronx Mutual Aid for more professional mental health support for asylum seekers, after a young woman took her own life at a shelter over the weekend.

If you are a LCSW , clinical psychologist , licensed therapist, or other mental health professional willing to work with us in supporting asylum seeker mental health, please reach out. We need you. This is a humanitarian crisis. https://t.co/AvxXLXhViZ

The group has also appealed for volunteers offering other healthcare, support and legal services.

For the volunteers greeting those coming off the buses, they find typically that they are mostly excited to be in the US, but exhausted, confused and frustrated from the difficult journey.

Volunteers pass out food, water and spare clothing to the dozens that arrive at the Port Authority bus terminal in midtown Manhattan almost daily. Children receive toys and candy to relieve some of the crankiness and anxiety after the multi-day trip. 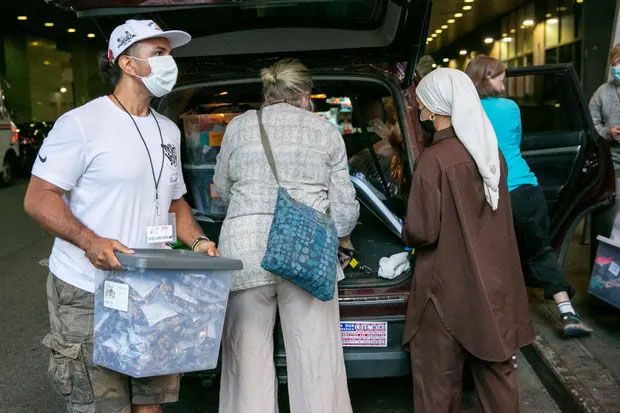 “They get to be little kids again for a little bit,” Thielmann said.

Many placed on buses to New York are often trying to get to other cities where their families are, or where their asylum hearing with the authorities will be. But bus drivers refuse to stop and drop people off at other cities on the way, she said.

No matter what, when they hit the Big Apple, Rapaport makes a warm welcome a priority.

“We try to do our best to make the mood as uplifting and positive as possible,” he said. 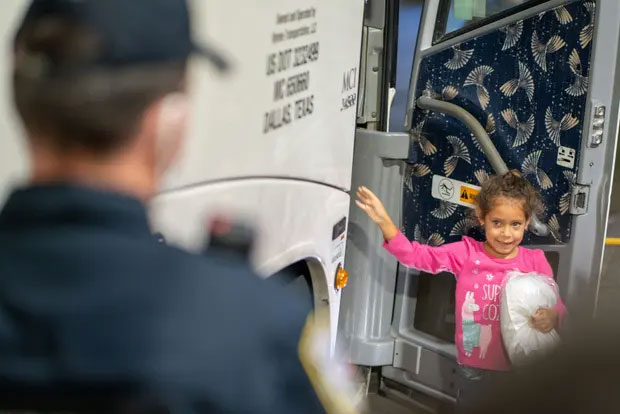 Couples without documentation proving they are a family unit have been denied access to shelter together, for example.

Migrants and advocates have also raised concerns about safety within the shelter system.

“Some people actually prefer to sleep on the streets. The fact is, if you don’t feel safe, you’ll take your chances on the streets,” said Thielmann.

Finding work can be similarly difficult without the necessary paperwork, which is slow to process despite many businesses needing staff and amid shelter curfews and other limiting rules.

The city has received mixed feedback for its handling of the sudden influx.

Some have criticized Adams for not doing enough to support the unique needs of asylum seekers, especially when it comes to providing adequate housing. 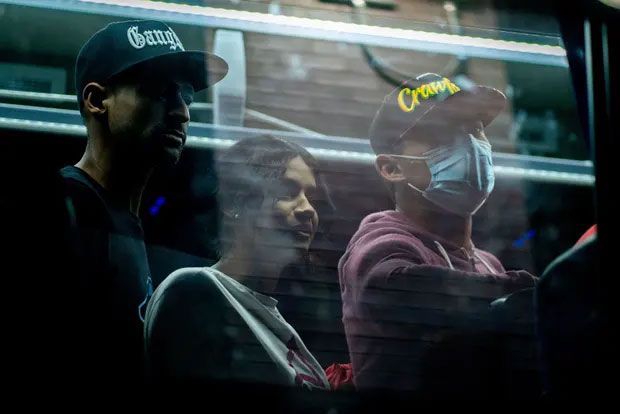 In response to the issues facing migrants in the shelter system, Adams has said his administration is exploring the idea of housing migrants on cruise ships.

Thielmann added that the city’s initial response to the transport of migrants was “disappointing”, as volunteers were largely left alone to deal with the dozens of arrivals, facing backlash from Port Authority police for setting up support tents on the bus terminal’s property, and working hard to provide essential supplies.

But, she added, the city has stepped up in recent weeks, providing space for volunteers to assist the asylum seekers, offering legal advice and medical services.

Rapaport added that city officials have been adjusting relatively well to a constantly changing situation as thousands flee hardship for a better tomorrow in the US.

“The good people will stand up and do the right thing. That’s it,” he said.

“Whoever doesn’t want to count themselves in as the good people. Then, don’t.”