Last year France passed a law, requiring companies to donate their surplus food to the poor. It sounds like an amazing idea—but I object to this sort of approach to curbing flood waste from two directions. The first one is that most of the time, logistically it takes more resources to rescue food and share it with the needy, than what it takes to feed a needy person in the first place. Secondly, shouldn’t curbing waste be literally just that? Food practices that result in less food waste, rather than seeing the poor as one step before your trash bin. 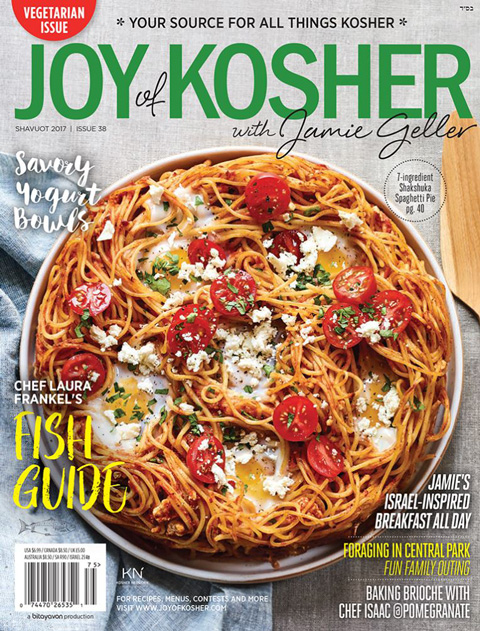 NYC Mayor Bloomberg famously rejected leftover cholent that was delivered to a homeless shelter. The cholent was rejected for not qualifying the nutritional standards that his administration had implemented. While I find it to be overly micromanaged for a city, I would probably reject your cholent too, if you would bring it to any of the Masbia dining halls! Yes, running a kosher facility adds an extra level of standards to establish that the food is kosher, and satisfy our certifying agencies, but even without that, how would I know that the cholent was cooked by someone with a food handling license. And even if it were, chances are that the food was hot and cold already more than once, after it left the supervision of the license holder. While people aren’t so fussy when sharing their food with friends, when you run an official organization a little bit more vigilance is necessary.

I once had a father of a bar mitzva boy reach out to Masbia to offer that the bar mitzvah caterer would cook something for Masbia on the day of his bar mitzvah, so the needy would have an extra treat in honor of his son’s bar mitzvah.  I explained to him, that only if he commits to bring enough for everyone, will it work for us. Because if not, our clients will look at the food and think that it is leftovers due to the limited quantities offered. If we were to incorporate it as part of the menu of that day, everyone will appreciate it for what it is.

The randomness of food donations is a challenge to emergency food providers, even when it’s not leftovers. So when bar/bat mitzvah kids and parents call us, with the hope to help us with launching a “can drive”, I always try to explain to them the importance of limiting the drive to one or two items, Because, when they arrive to our pantry with a couple hundred different cans, making sense of them can be extremely taxing.

Curbing waste, to me would be when the rich culturally start using ugly looking fruits and vegetables. Just saying that the rich would buy all the nice looking vegetables, and the ugly looking ones would go to a food bank, to give to the poor, is morally bankrupt.

Same goes to someone ordering for a wedding, bar/bat mitzva or even a bris. Making it culturally normal to order a tighter amount rather than the current “you must have an abundance of food till the event is over,” is going to do so much more to curb food waste. And guess what, if you want to use that saved money to give tzedaka before you start your simcha that money will feed so many more people with dignity.

Alexander Rapaport is the founder of Masbia, an organization that feeds the needy with dignity. www.masbia.org

This perspective write up was published in the Shavuot May 2017 issue. Subscribe to Joy of Kosher Magazine here. 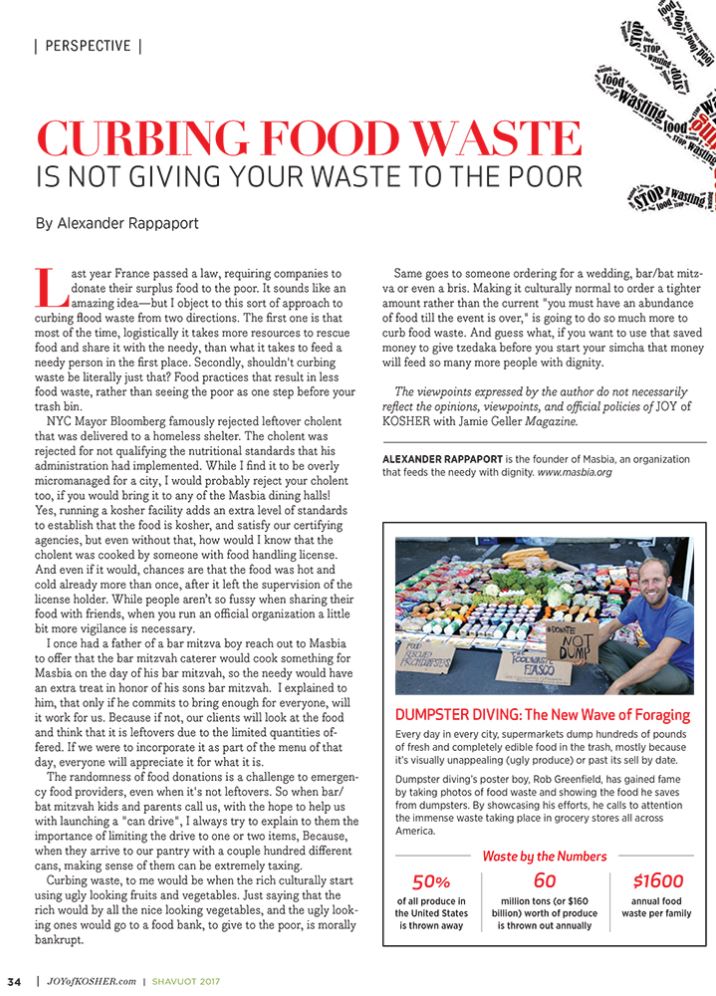