Masbia in the Queens Daily Eagle: This Thanksgiving, Queens food pantries get creative to fight hunger during the Covid-19 pandemic 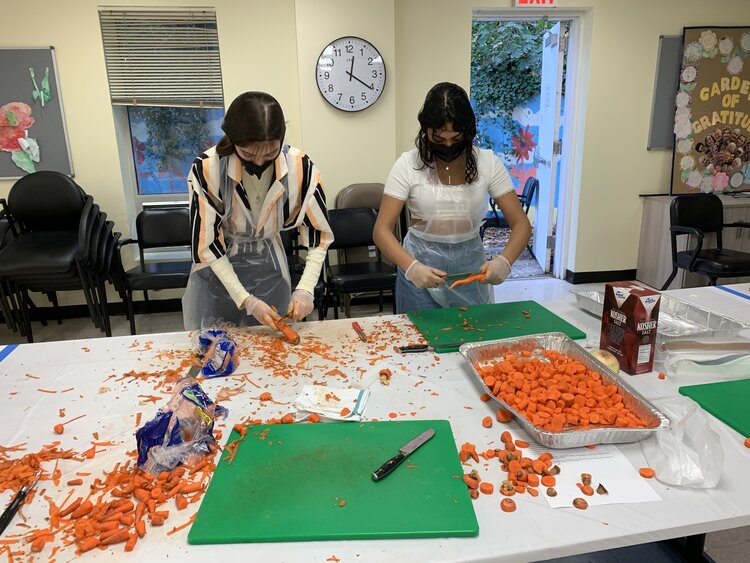 Read the article below written by Juliet Jeske about how nonprofit pantry organizations, like Masbia, have to overcome new obstacles to help an increased number of clients on Thanksgiving due to the Covid-19 pandemic.

Back in the pre-COVID era, Commonpoint Queens tended to host about 75 New Yorkers at their annual Thanksgiving dinner. But the pandemic has more than quadrupled the number of people they serve — and forced the organization to change the way it reaches New Yorkers in need.

On Thursday, staff will deliver 310 Thanksgiving dinners to local families, an example of the increase in need this year, said Judy Vladimir, Commonpoint’s senior director of development.

“This Thanksgiving, the pandemic has caused the need for our services to explode,” Vladimir said.

In 2019, Commonpoint Queens distributed roughly 272,868 pounds of food. This year, they estimate that they will distribute about 1.4 million pounds. They’ve already delivered over 850,000 meals since March, Vladimir said.

Commonpoint is one of a number of Queens organizations stepping up this Thanksgiving season for the 2 million New Yorkers experiencing food insecurity during the COVID crisis. But the nonprofits, which operate on a shoe-string, are having a hard time meeting the need without more support.

The Rev. Jeffery Courter, the pastor of First Presbyterian Church of Forest Hills, said his church has plans to build a small wooden pantry filled with canned food that anyone can take as needed.  His congregation is also collecting non-perishable food to help replenish local food banks, he said.

The pantry is a new addition this year so anyone can take whatever they need without worrying about coming into contact with another person. 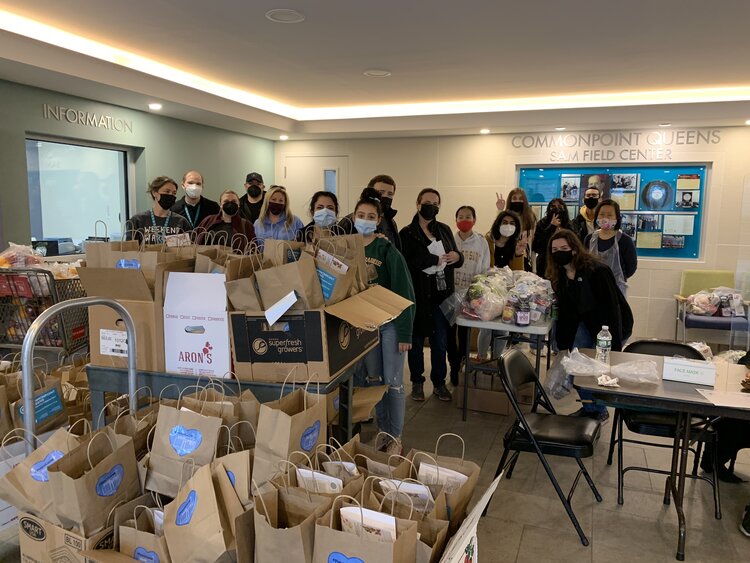 Thanks to the backing of the Helmsley Charitable Trust, Forest Hills’ Masbia Soup Kitchen Network developed the Plentiful app.  The app allows people to sign up for an appointment rather than wait in a long line.

“The app has really helped.  Now we aren’t aggravating all of the other businesses with the police barricades and all of that,”  said Masbia Executive Director Alexander Rapaport. “People can make an appointment in a virtual line to get the help they need.”

Rapaport also created an Amazon wish list where donors can select items like propane heaters, bags of rice, cases of tuna and face masks. And he has also opened his facilities to help the public 24 hours a day, five days a week.

Even with these new creative approaches, food pantries and charities are stretched to their limit.

A a recent study by the New York City Food Policy Center found that the number of New Yorkers experiencing food insecurity has nearly doubled from 1.2 million to 2 million since March.

Nearly one third of the city’s food pantries have shut down during the pandemic, further straining the sites that remain open.

“The demand for food has increased 500 percent since March,” Rapaport said. “We almost ran out of food last Wednesday, instead of three to four tractor trailer trucks of food a week we now go through 12.”

Vladimir, from Commonpoint, said demand has increased by 400 percent during the pandemic. At the same time, funding has dried up.

“Our fee for service programs have mostly shut down, so we have next to no revenue.  We need cash donations more than anything as we can buy food in bulk,” she said.

Every agency contacted for this story said they needed volunteers as well as cash donations.  If people want to donate physical items, the best things to give are toiletries, cleaning supplies, feminine hygiene products, and diapers, they said.

“If you want to help out, we need liquid donations in the form of cash more than anything,” Rapaport said. “I’ve got a whole warehouse to fill with food.”